You can order the new Macs with M1 chips right now 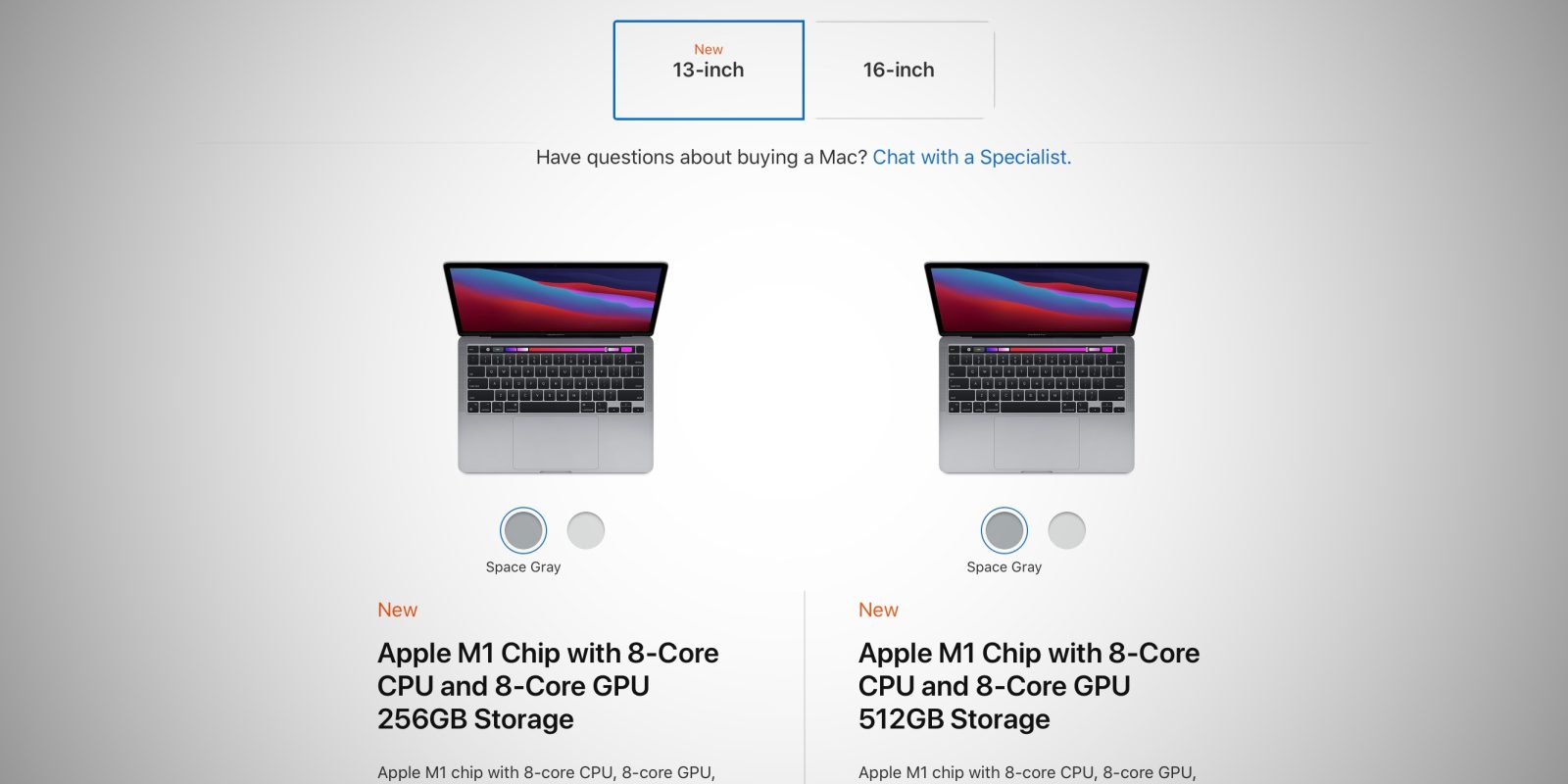 The Apple Store is back online and you can order Apple’s new lineup of M1-equipped Macs today, with first shipments delivering next week.

There are still some build-to-order options for these machines, with upgrades for RAM and SSD storage capacity.

The M1 chip boasts 8 CPU cores and 8 GPU cores. However, note that the cheapest Air only has 7 GPU cores, likely due to silicon binning (manufacturing silicon is hard and so yields can be improved by only guaranteeing lower specifications for certain models).