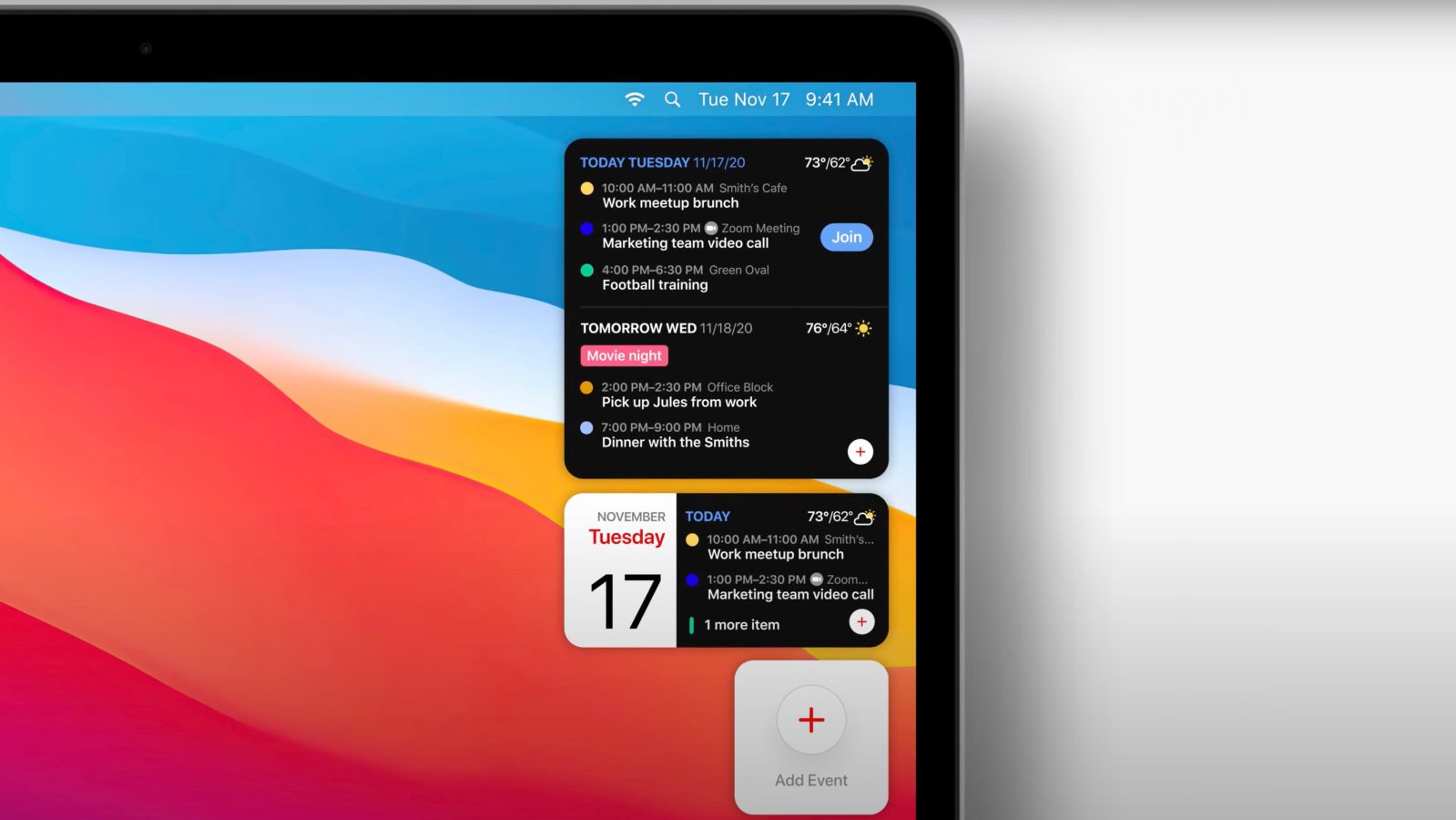 Fantastical is adding a variety of new features on the Mac alongside this week’s release of macOS Big Sur. Fantastical for Mac features an updated design to fit in with Big Sur’s new aesthetic, alongside widget support, Apple Silicon optimization, and more.

Support for widgets in Notification Center is one of the major changes of macOS 11 Big Sur, and Fantastical is one of the early apps with support for the new widgets. The new widgets are very similar to what came to the iPhone and iPad with iOS 14. To customize your macOS Big Sur widgets, click into Notification Center, then look for the “Edit Widgets” button at the bottom.

Today’s update to Fantastical also includes support for Apple Silicon, so the app will run natively on the first M1 Macs when they start arriving to customers next week. The overall design language of Fantastical has also been overhauled to match the lighter and more translucent design of macOS Big Sur.

Here are the full release notes for Fantastical version 3.3 on the Mac:

Fantastical is available on the Mac App Store as a free download for iPhone, iPad, Apple Watch, and Mac. An in-app subscription is required to unlock all of the features. The video below shows off the new features of Fantastical in version 3.3 on the Mac.

Fantastical has also gotten an update on iPhone and iPad, and you can download it on the App Store.