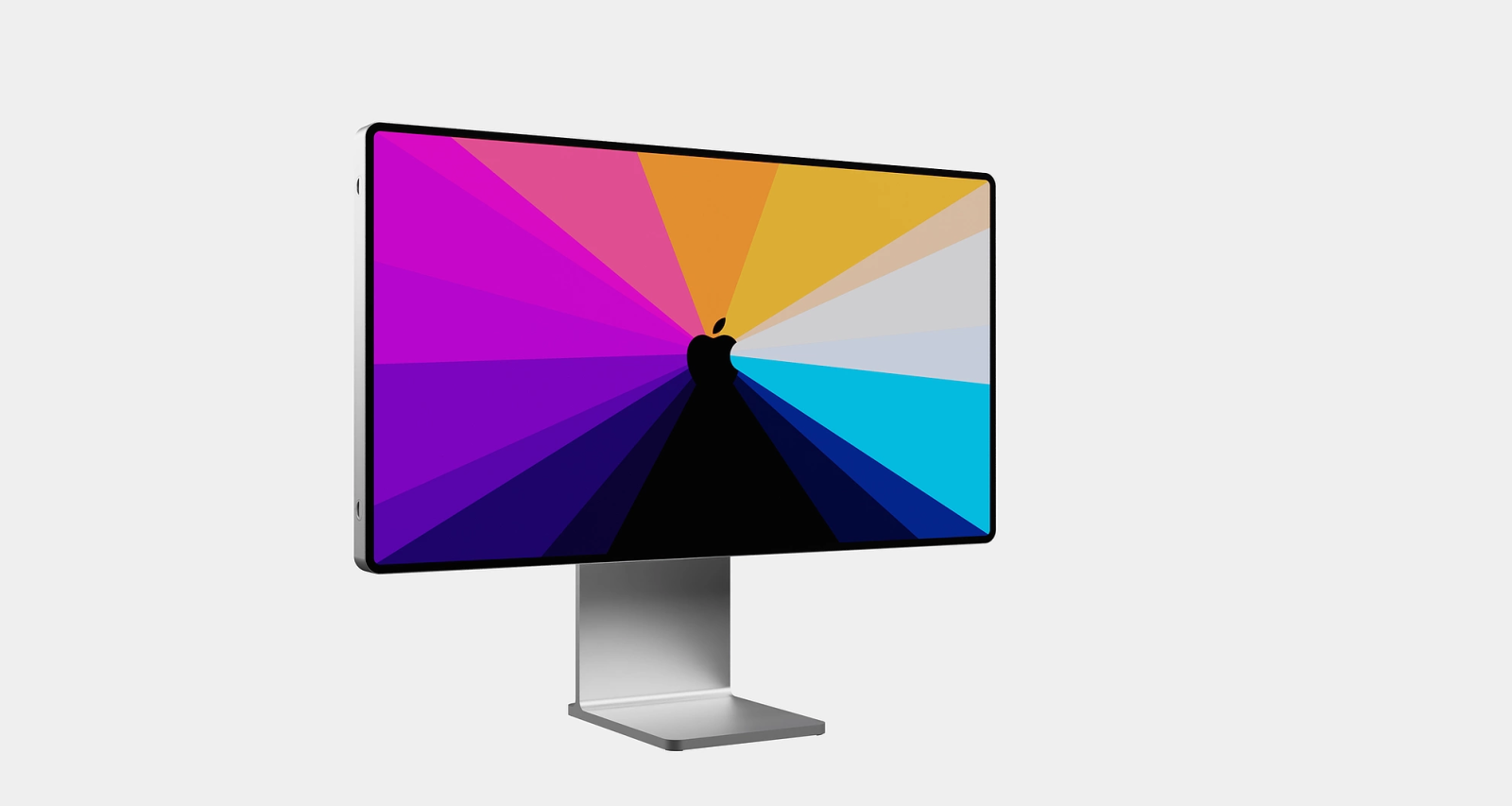 We’ve all been waiting for a redesigned iMac for a long time, but unfortunately, there are no clues as to when Apple will announce it or what this iMac will look like. Meanwhile, Khahn Design has created a beautiful concept of a new iMac Pro inspired by Apple’s Pro Display XDR.

The Pro Display XDR is Apple’s new display that replaces the old Thunderbolt Display, but now with 6K resolution, HDR, and a flat design with reduced bezels. It’s impossible not to compare iMac with the Pro Display XDR as Apple’s all-in-one desktop has the same design since 2012 with extremely thick edges around the display.

But if Apple decides to redesign iMac, how will it look like? This concept bets on something extremely similar to Pro Display XDR but thicker to accommodate the computer components inside. It has the same 32-inch display with the same flat edges made of aluminum but now working as a standalone desktop computer.

The creators behind the concept also argue that its thickness would help Apple create some modular replaceable components such as RAM and SSD with easy access from both sides of the computer, but this sounds a bit unlikely to happen in real life — because Apple.

In this iMac Pro concept, we used some design elements about the Apple XDR Display and the Apple Mac Pro. We imagined what it would be like if the iMac could be upgraded with SSD, RAM or even multiple Video Cards after we bought it.

Additionally, the iMac Pro shown in the concept would feature a built-in version of Apple’s Pro Stand created for Pro Display XDR, which is currently sold separately for $999. Pro Stand lets users attach the display to it in order to adjust the view angle and even rotate the monitor in portrait or landscape, but it’s unclear what the limitations of a potential cheaper Stand would be.

In addition to the image renders, they also created a nice short video showing the iMac Pro internals, which you can watch below:

The current generation iMac Pro with an outdated design costs $4,999, while the Pro Display XDR also costs $4,999 without a built-in computer or stand. If Apple ever releases a redesigned iMac just like this concept, what are your guesses on the price of this machine? Share your guesses with us in the comments below.

You can check out more images of the iMac Pro concept on the Khahn Design website.