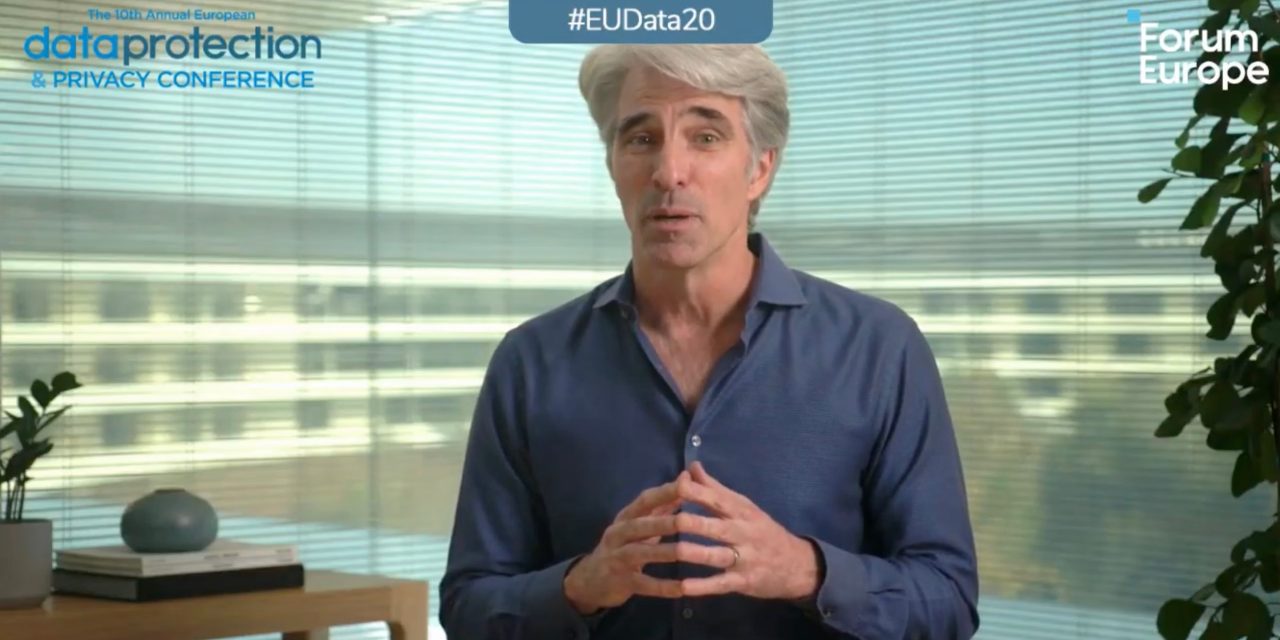 One of the topics Federighi focused on during the speech was data minimization, which he described as one of the “four key principles” Apple lives by. Specifically, Federighi pointed out that other companies take the opposite approach:

Now, others take the opposite approach. They gather, sell, and hoard as much of your personal information as they can. The result is a data-industrial complex, where shadowy actors work to infiltrate the most intimate parts of your life and exploit whatever they can find—whether to sell you something, to radicalize your views, or worse.

That’s unacceptable. And the solution has to start with not collecting the data in the first place.

The other three principles, according to Federighi:

Second, to avoid the risks of moving data off device, Apple processes as much of your data on your device as possible. Data that stays on your own device is data that you control.

Third, when data is collected by Apple, we make that transparent, and we help you control how it’s used.

And fourth, we see security as the foundation for all of our privacy protections. If your data isn’t secure, it’s not going to stay private. And our unique model of integrated hardware and software is key to enabling these strong protections.

Its aim is to empower our users to decide when or if they want to allow an app to track them in a way that could be shared across other companies’ apps or websites. To do that, early next year, we’ll begin requiring all apps that want to do that to obtain their users’ explicit permission, and developers who fail to meet that standard can have their apps taken down from the App Store.

I hope that we will be remembered not just for the devices we developed, and what they enabled people to do; but also for helping humanity enjoy the benefits of this great technology… without requiring that they give up their privacy to do it.

The full keynote address from Federighi is well worth a watch and can be seen below. Skip ahead to the 49-minute mark to see Federighi’s speech in its entirety.