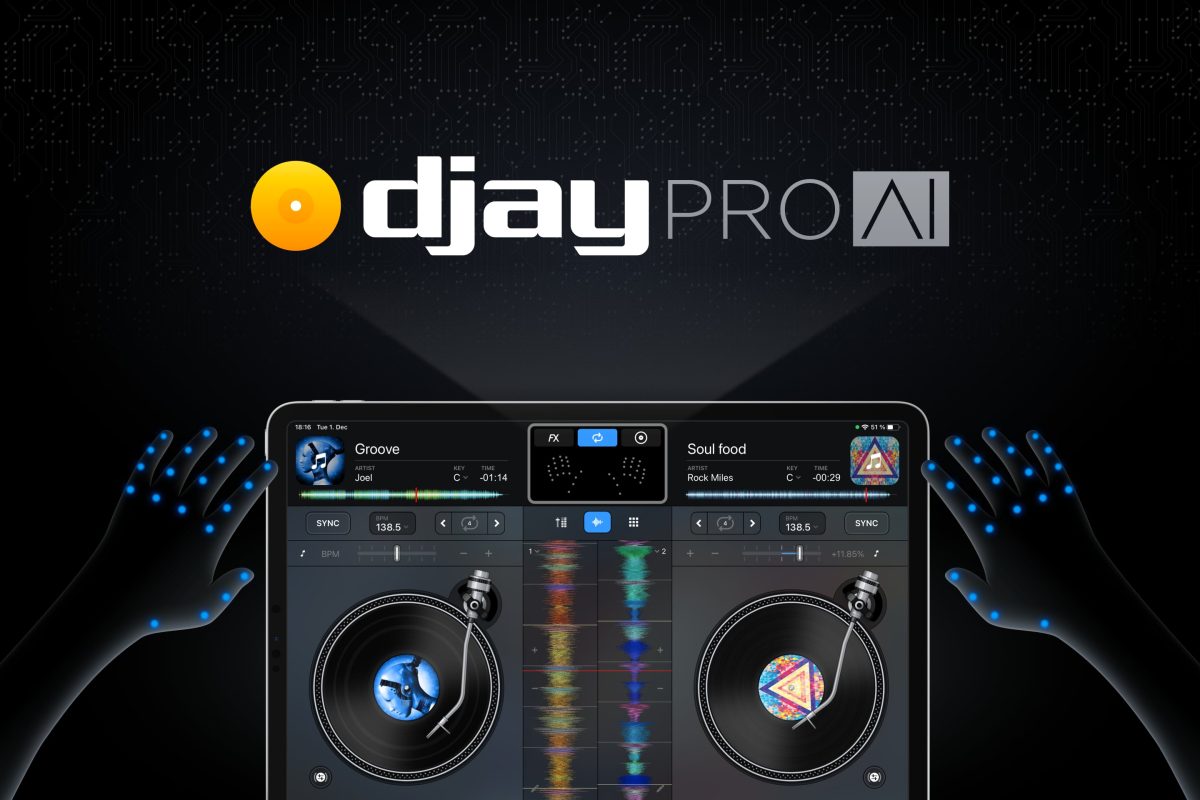 Popular djay Pro AI app developed by Algoriddim is getting a major update today for its iPad version. As briefly shown during Apple’s September event, the app now has a new hand gestures tracking system that lets users mix songs without even touching the device screen.

Users can choose from a set of intuitive hand gestures to scratch, create loops in perfect sync with the beat, and apply filters and effects simultaneously; or simply lean back and perform a clap gesture which triggers an automatic transition from one song to the next.

According to Algoriddim, the technology behind djay Pro AI hand gesture recognition has become possible thanks to the Neural Engine of Apple’s custom chips. Apple demonstrated this new feature of djay Pro AI while showing the capabilities of the A14 Bionic chip and iPadOS 14 on iPad Air 4. Hand gesture recognition also works on iPad Pro models with the A12X and A12Z chips.

The company behind djay Pro AI invited DJ Ravine to try out the latest app update and you can watch the results below:

Users will also find enhanced MIDI controls and easy access to music files on Dropbox or Google Drive, plus a new visualizer that lets you choose between Live Photos, TIDAL music videos, or a specific video from the photo library.

Last month, the Mac version of djay Pro AI was updated with native support for Apple Silicon chips with 15 times faster performance. The app is a universal binary for iOS, macOS, and even watchOS. It’s worth emphasizing that hand gesture detection is exclusive to the iPad version of djay Pro AI, at least for now.