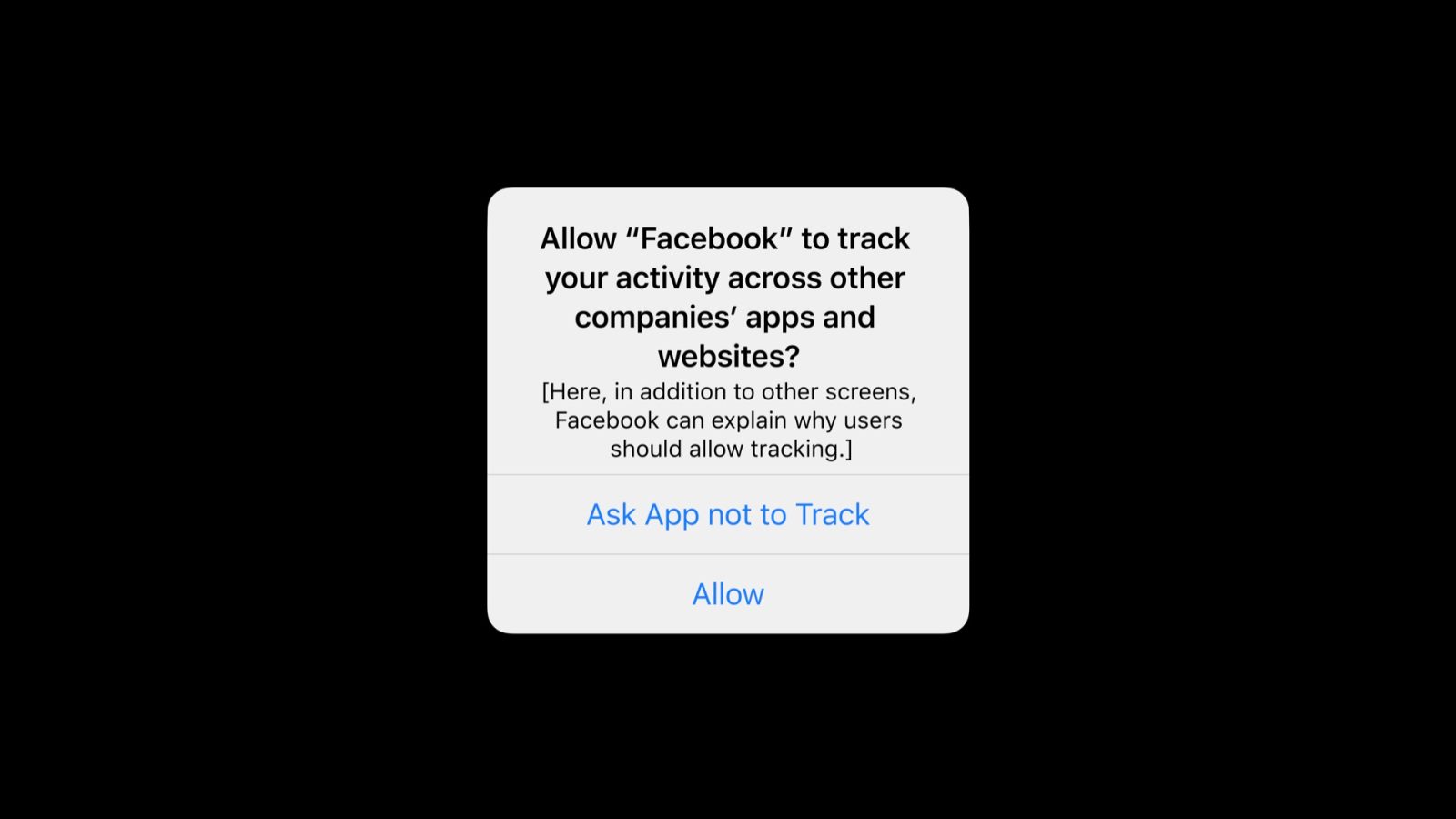 Facebook continues to panic about upcoming privacy changes in iOS 14. The company has sent a new email to businesses today informing them that it has no choice but to comply with the iOS 14 App Tracking Transparency feature. Otherwise, Apple could remove Facebook from the App Store completely.

As first reported by iMore, Facebook has sent another round of emails to businesses informing them that while it disagrees with Apple’s planned changes, it has no choice but to follow them. Facebook says that the App Tracking Transparency feature, which requires apps to obtain consent from users before tracking them across other websites and apps, will have “hard-hitting implications across targeting, optimization, and measuring campaign effectiveness.”

The company also says that it believes “personalized ads and user privacy can coexist,” which is also a claim Apple has made. The two companies clearly have different versions of what constitutes “user privacy,” though.

Apple’s requirement that all apps in the App Store show a prompt to iOS 14 users in accordance with their AppTrackingTransparency framework will have hard-hitting implications across targeting, optimization, and measuring campaign effectiveness for businesses that advertise on mobile devices and across the web. Apple’s changes will benefit them, while hurting the industry and the ability for businesses of all sizes to market themselves efficiently and grow through personalized advertising. We believe that personalized ads and user privacy can coexist.

Facebook told businesses that whilst it disagrees with Apple’s solution, it has ‘no choice’ but to show the opt-in prompt and to continue using Apple’s device identifier for advertising. The company states that it believes Apple could block Facebook and its other apps from the App Store if it doesn’t comply, bringing ‘further harm to the businesses and users that rely on our services.’

Finally, Facebook says that if users do opt out of tracking, there could be a reduction in “ad effectiveness and limitations on measurements.”

This is not the first time Facebook has warned businesses about the potential impact of the new iOS 14 App Tracking Transparency feature. Last month, 9to5Mac reported that Facebook was warning users about the impacts on marketing efforts. Facebook also took out a full-page ad in US newspapers to slam Apple’s changes.

The App Tracking Transparency feature will roll out sometime in early 2021. Apple had originally hoped to launch it with iOS 14 in September, but it ended up delaying the feature to give developers more time to prepare.