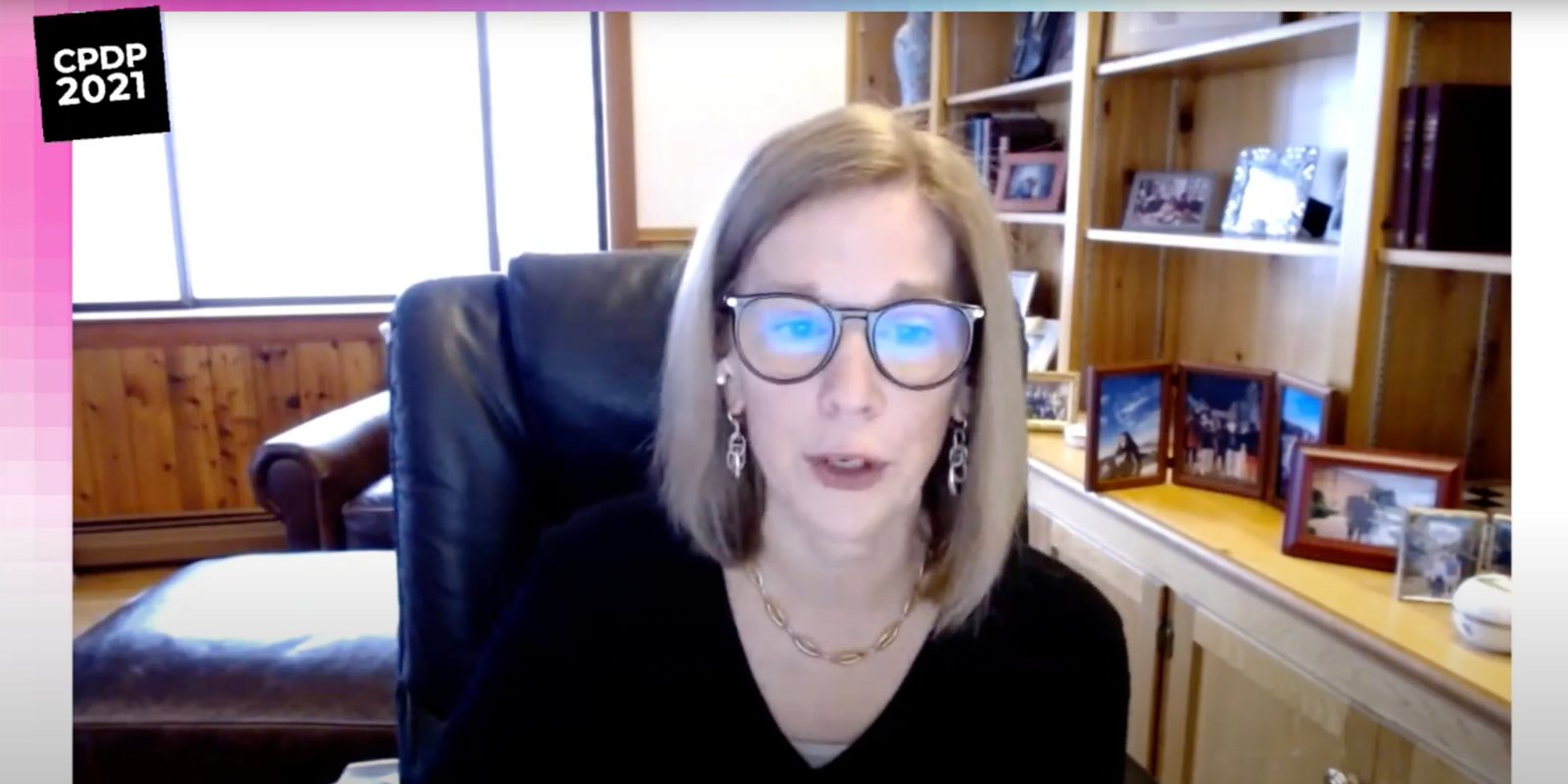 Following Apple CEO Tim Cook giving remarks at the EU data protection conference CPDP this morning, the company’s senior director of global privacy Jane Horvath also partook in a roundtable discussion. Horvath was asked specific questions about Apple’s use of Google as the default search engine on iPhones and more.

Horvath explained during the discussion that “we are truly at an inflection point” in regards to user privacy. She questioned whether users should “continue with the current norm which involves a privacy trade-off, providing unlimited personal data in order to enjoy free services.” Apple views this as a “false dichotomy,” Horvath added.

Horvath went on to explain more about Apple’s upcoming App Tracking Transparency feature, saying that the sole purpose is to give users the choice on “whether they want to be tracked or not.

All that we are doing with our App Tracking Transparency framework, or ATT, is giving users choice; asking individuals whether they want to be tracked or not.

Think of it this way: Isn’t it odd that some people don’t want users to have the choice over whether or not they are tracked with a clear and precise language? This is very important. Developers should not try to take steps to ignore the user space, if the user asked not to be tracked.

Apple’s privacy VP also explained that the new App Tracking Transparency policy, which will go into effect this spring, applies equally to all developers, including Apple. The difference is that Apple doesn’t use the IDFA, and instead uses its privacy-focused first-party ad network. “Apple does not know which ads and the individual user was served,” Horvath explained.

Horvath also doubled down on something she and Cook have said in the past, calling on the United States to craft a strong data protection law, similar to what is already enforced around the rest of the world.

Finally, Horvath was asked about why Apple doesn’t make DuckDuckGo the default search engine on iOS, rather than Google. She explained that while Google is the default, users can change to DuckDuckGo or other solutions:

“Right now, Google is the most popular search engine. We do support Google but we also have built-in support for DuckDuckGo, and we recently also rolled out support for Ecosia”

Some context that’s important to note, however, is that Google pays Apple billions of dollars to remain the default search engine in Safari on iOS. This represents a significant portion of Apple’s Services business.

You can find our coverage of Tim Cook’s comments during the CPDP conference right here.