CBS and Showtime bundle no longer available through Apple TV app, ahead of Paramount+ launch 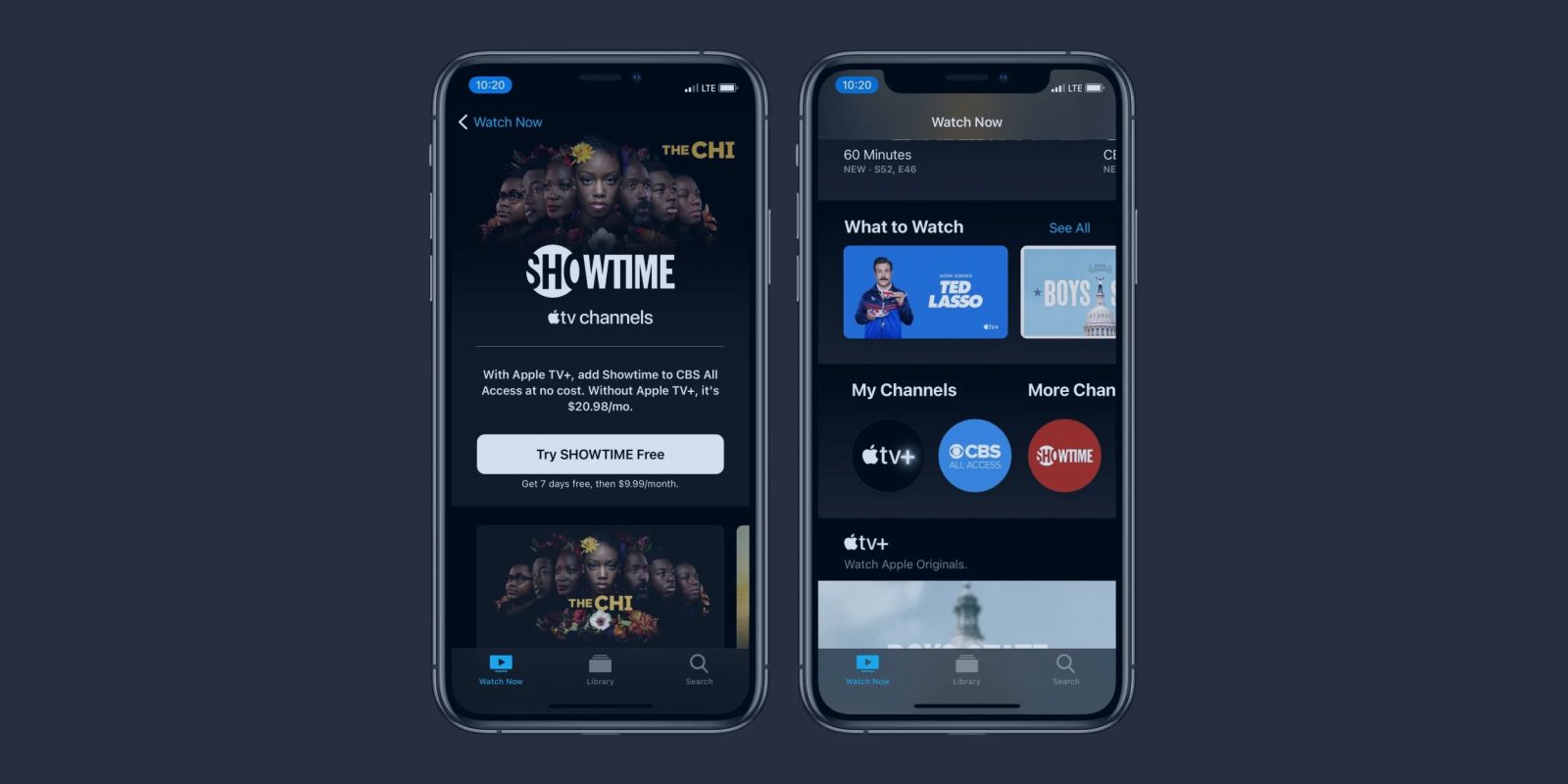 While current subscribers to the bundle can still access the service, it’s no longer possible to sign up to the bundle as a new user. This is probably because Viacom is preparing to sunset CBS All Access in favor of their new streaming platform: Paramount+, which launches in the US starting March 4.

Although not officially confirmed by either Apple or Viacom at this stage, it doesn’t seem like Paramount+ will be offered as an Apple TV Channel inside the TV app. This means customers will instead have to download a third party “Paramount+” app from the App Store to access CBS content going forward.

We saw a similar timeline of events play out when HBO launched HBO Max in May of last year. The company removed the ability to watch via Apple TV Channels once HBO Max launched.

It’s unclear how long existing CBS All Access + Showtime bundle subscribers will be able to keep taking advantage of the cut-price deal. So far, Apple has not announced any changes to the package, although the removal of the bundle for new signups does not inspire confidence. (For third-generation Apple TV owners, the company has already announced that the CBS All Access channel will stop working as part of the Paramount+ transition.)

In general, content networks appear to prefer streaming via their own apps rather than through services like Apple TV Channels, as it lets them retain more control over their own platform and get access to more detailed customer demographics and marketing analytics.

Unfortunately, this means that the Channels offering of the TV app is getting smaller by the day. Apple TV Channels typically offer a better user experience for end customers as they can pay through their Apple ID and watch unlocked shows and movies natively inside of the TV app, without being bounced around into third-party apps.