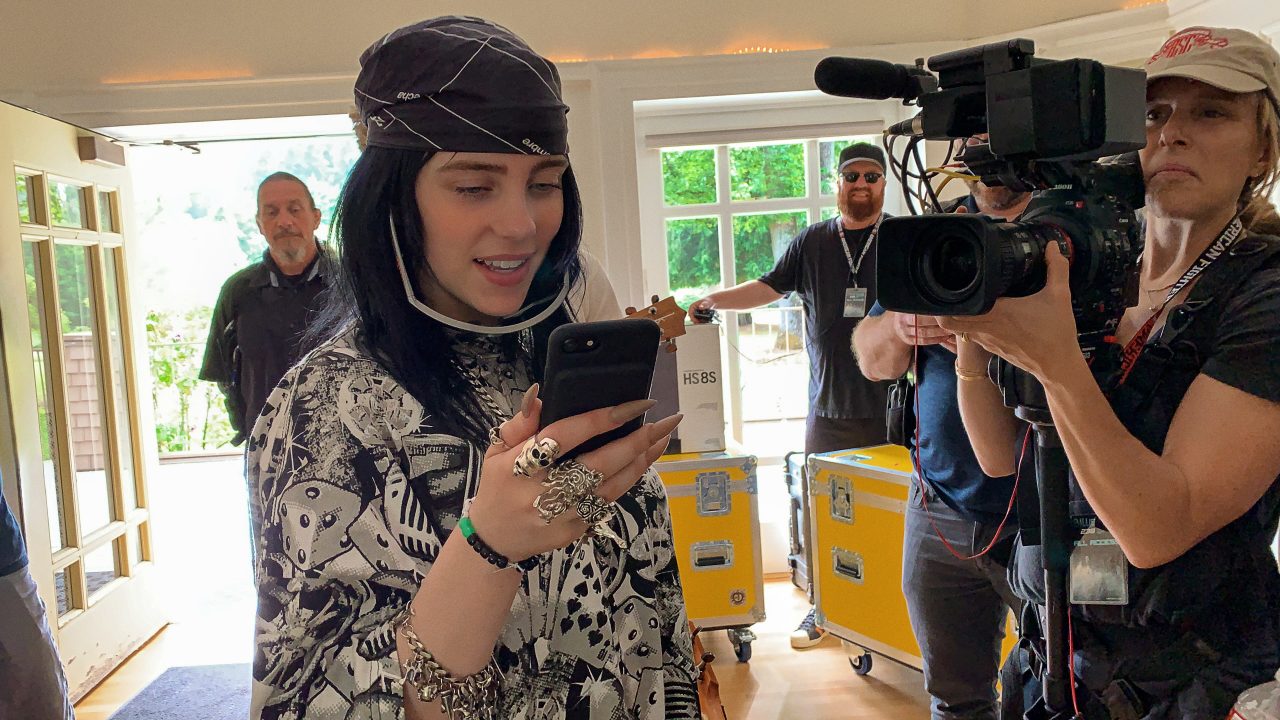 Billie Eilish and Apple have been collaborating for a few years now, and the company announced today the artist is going to perform live on Thursday, February 25, in the Apple Music app, the Apple TV app, and on YouTube. This comes before the premiere of her documentary on Apple TV+, The World’s a Little Blurry.

This event will include an exclusive performance and conversation with the artist, a discussion with director R.J. Cutler, and other surprises, says Apple.

The live event will start at 6 p.m. PT/9 p.m. ET on February 25 and will be available to stream for free through the Apple TV app, Apple Music app, and Eilish’s own YouTube channel.

Immediately following the event, Billie Eilish: The World’s a Little Blurry will debut on Apple TV+ for all subscribers.

Eilish also launched her live audio performance of “ilomilo,” the song that features the lyric from which the film loans its title. The music was performed at the Toyota Center in Houston on October 10, 2019, and a portion of the performance appears in the forthcoming film.

In a press release, Apple talks more about the new documentary:

‘Billie Eilish: The World’s a Little Blurry’ tells the true coming-of-age story of the singer-songwriter and her rise to global superstardom. From award-winning filmmaker R.J. Cutler, the film offers a deeply intimate look at this extraordinary teenager’s journey, at just 17 years old, navigating life on the road, on stage, and at home with her family, while writing, recording and releasing her debut album, ‘WHEN WE ALL FALL ASLEEP, WHERE DO WE GO?’

The collaboration between Apple and Eilish isn’t new, though. She’s been interviewed several times on Up Next by Zane Lowe. She has also hosted two radio shows on Apple Music with Groupies Have Feelings Too and Me and Dad Radio. The partnership also included an original ballad for the Apple’s 2018 holiday campaign.

Strangely, while Apple’s promoting this film, Spotify announced today that it’s going to launch a HiFi Tier of its music service in “select markets later this year,” and Billie Eilish and her brother Finneas are featured in an ad talking about “the power of Spotify’s HiFi.”

In the video, which you can view below, Eilish says that “high-quality audio means more info, and you will not hear it if you don’t have a good sound system.”

This isn’t necessarily a criticism of Apple, since Eilish releases her music with the label Apple Music Digital Masters – which gives a better sound quality, though they are still AAC and don’t compete with 16- and 24-bit FLAC formats offered by other services.

Users have long been asking the company for HiFi quality on Apple Music. It’s been a couple of years since Apple introduced Apple Music Digital Masters, and the only way to know if a song has this “extra quality” is if you search for the song on the iTunes Store.

Maybe with Spotify launching a new HiFi tier, Apple could make a similar approach. With HomePod, HomePod mini, AirPods Pro and AirPods Max, it should be a matter of time for the company to follow the same direction.