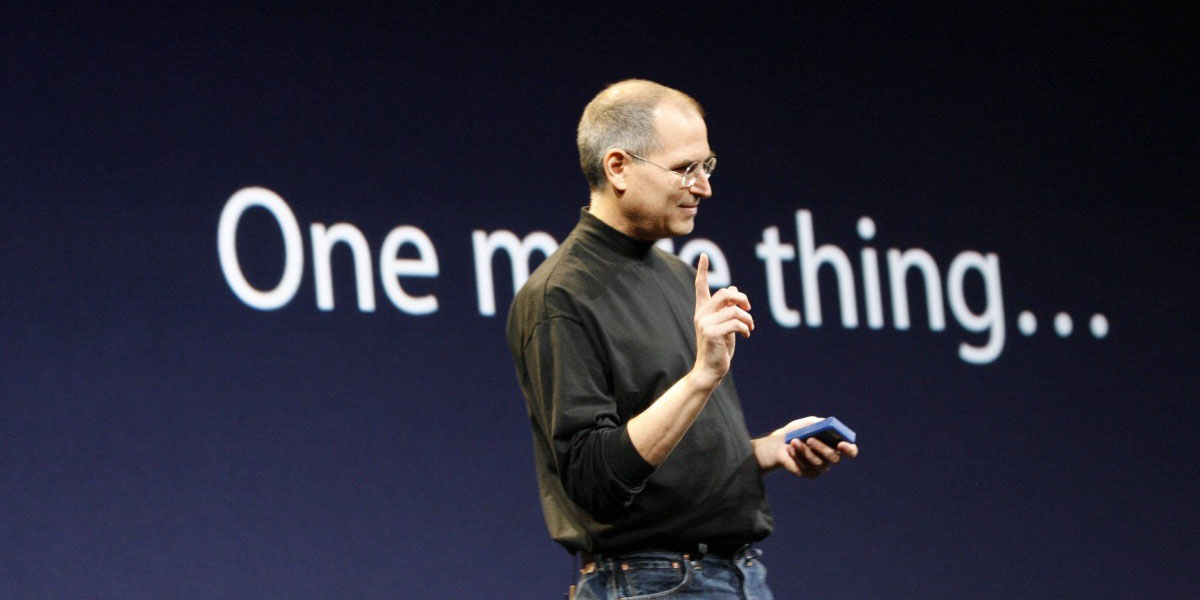 Swatch will own the One More Thing trademark in the UK, despite the fact that it achieved its current fame through Steve Jobs’s use of it in Apple keynote presentations.

Apple failed to persuade a court to block the trademark application, even though the judge agreed that Swatch’s motivation was likely dubious …

There has long been bad blood between the two companies. Apple originally wanted to use iWatch as the name for the Apple Watch, but Swatch owned the trademark for that in a number of countries, and refused to release it.

Things didn’t improve when the Apple Watch succeeded in taking a very large slice of Swatch’s market, despite Swiss watchmakers having initially dismissed the device as irrelevant.

From that point, Swatch appears to have enjoyed deliberately annoying Apple. The company succeeded in registering the trademark Tick Different over Apple’s objections. The watchmaker appeared to have the same motivation for applying for the One More Thing trademark in no fewer than 44 countries.

Swatch has now succeeded in overturning Apple’s objection to this in the UK. BNN Bloomberg reports that part of the reasoning appears to be that Steve himself borrowed the phrase from the 1960s/1970s TV show Columbo.

“One more thing,” Steve Jobs would say at the end of many an Apple Inc. keynote, giving his cue for announcing a surprise new product.

But Apple can’t keep its founder’s turn of phrase for itself, a London judge ruled Monday as he sided with Swiss watchmaker Swatch Group AG in a long-running dispute over trademarks.

A previous court officer was wrong to say that “Swatch’s intentions had stepped over the line between the appropriate and inappropriate use of a trade mark,” Purvis added.

Apple had previously lost a legal bid to prevent the Swiss watchmaker from using the phrase in Australia.