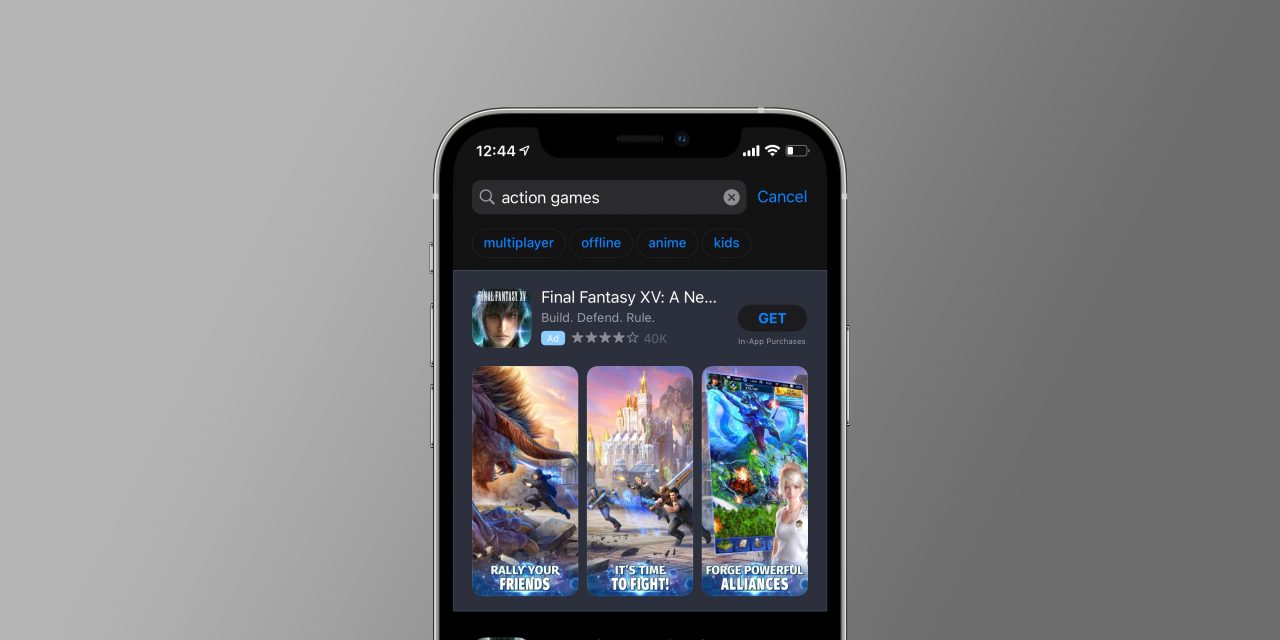 Apple appears to be testing a notable change to the App Store as part of its efforts to improve the Search experience. While not fully rolled out yet, some iPhone users are now seeing tags in the App Store when searching for popular terms.

Update 4/29: Apple is officially rolling out the feature starting today.

Apple shared on Twitter that the new “search suggestions” are now starting to roll out to users in the US, UK, Canada, and Australia.

This change was first spotted by @Nickjsheriff on Twitter (via MacRumors). For instance, when you search for a broad term in the App Store, such as “action games,” you’ll see a new row of tags at the very top of the search. This allows you to further refine your query with things like “multiplayer,” “offline,” “anime,” and “kids.” Tapping on one of the tags applies that filter to your search.

If this interface looks familiar, it’s because Apple tested “related” search terms in the App Store using a similar design back during the iOS 7 era. This feature ultimately ended up being removed rather quickly after launch.

As of this story, select users on iOS 14.5 and iOS 14.4.2 are seeing these new tags in the App Store. This appears to be a server-side change that Apple is slowly rolling out, so if you don’t see it on your device, this is why.

It’s also possible that this is just a test and that Apple never fully rolls it out to all users, as we saw previously when Apple tested the “related” search feature years ago. Nonetheless, it’s an interesting experiment that could make for some big changes to the App Store.