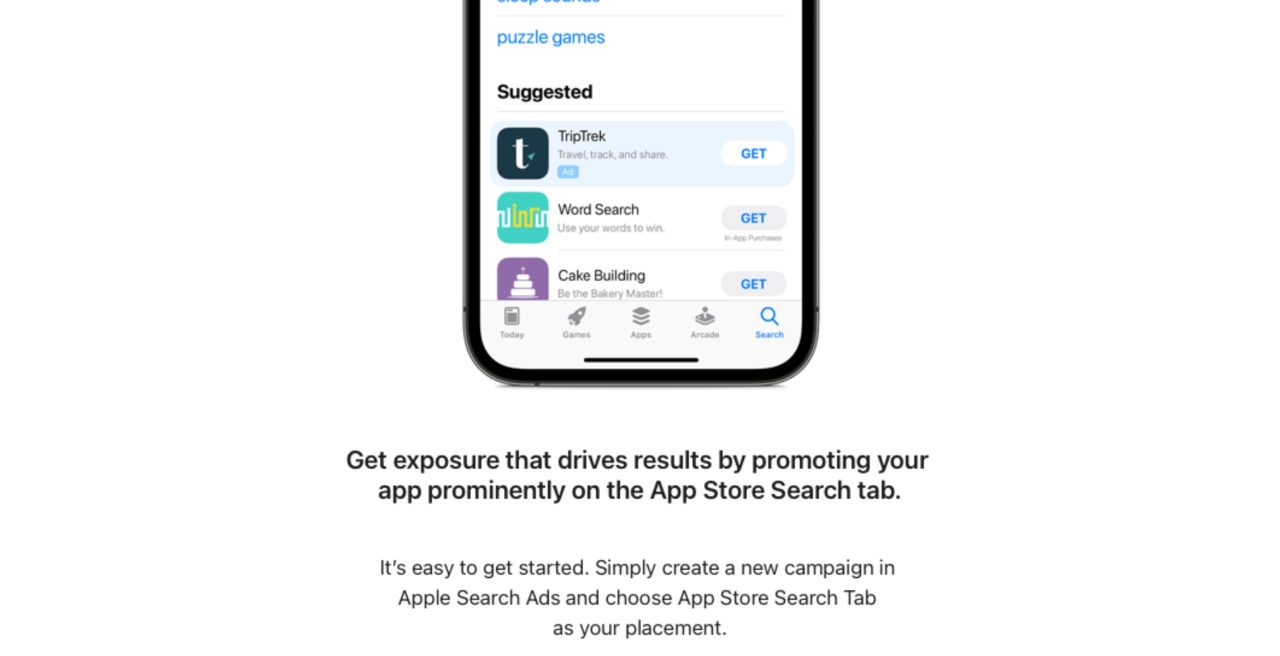 Following a couple reports that Apple was planning this expansion, Apple today notified developers that they can sign up for their app to be advertised on the main page of the App Store’s Search tab.

After testing the program with select partners throughout the iOS 14.5 beta period, Apple is now opening the program to all developers and inviting them to “be seen before they search”.

Previously, developers could pay to appear as the top result for App Store searches. The new ad campaign type allows apps to appear as the top promoted result in the prominent Suggested section of the Search tab, which appears before the user actually types in a search query. Ads appear at the top of the Suggested section delineated by a blue background to indicate the developer has paid for placement.

Competing ad networks have argued that Apple is unfairly wielding its dominant position as platform owner to give its ad network an edge. For example, users are automatically opted into sharing their demographics and usage data with the Apple ad network. This enabled-by-default setting is currently under review by European regulators.

It also comes as Apple faces backlash from the introduction of Ad Tracking Transparency, a new policy that means apps must get explicit permission if they want to share user data collected in the app with third parties like ad networks. Ad networks fear that too many people will decline to share data and their ability to monetize will be significantly impaired.