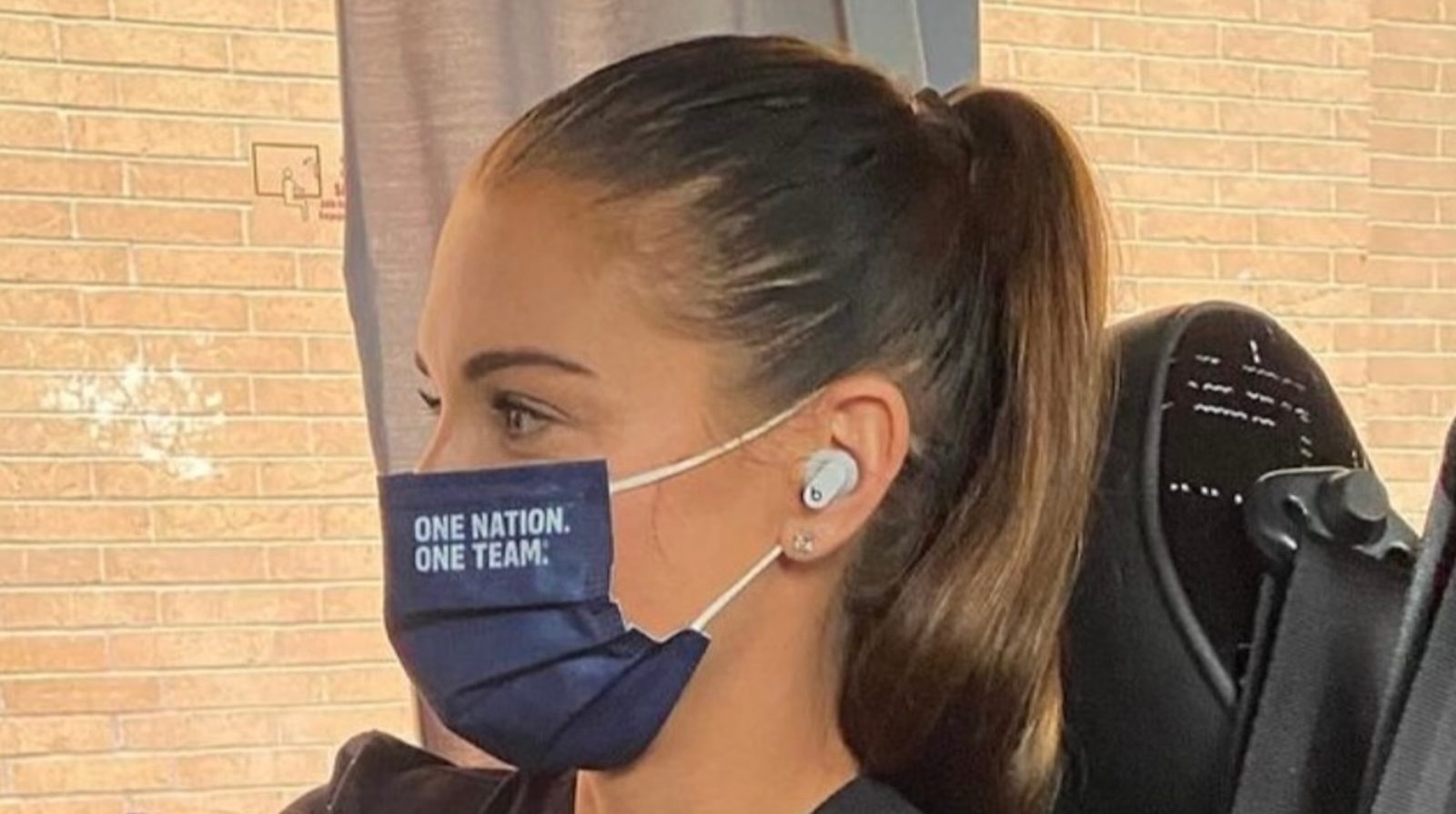 After we uncovered the upcoming Beats Studio Buds in iOS 14.6, we’ve seen them out in the wild with LeBron James sporting the earbuds on social media. Now US soccer star Alex Morgan has done the same with the white variant of the Beats Studio Buds.

The yet-to-be-released Beats Studio Buds feature a stemless design and we discovered the charging case along with images of the buds. Based on what we learned, the upcoming release will feature Hey, Siri support, instant pairing, and also include noise cancellation.

A week later, Apple got FCC approval for the new Beats Studio Buds which included an image showing what the inside of the buds looks like with the contacts for charging and also sans ear tips.

Two days after that, we got our first real-world look at Beats Studio Buds from a distance with LeBron James wearing them in an Instagram post. The post didn’t specifically mention the new earbuds but he was wearing the white ones in all of the four pictures.

Last night, Alex Morgan shared a picture on Instagram of her wearing the same white Beats Studio Buds as LeBron ahead of the US women’s soccer team going up against Jamaica on Sunday. Like LeBron’s post, she didn’t specifically mention the earbuds but they’re easy to spot along with the oval charging case.

Hopefully, we’ll learn more about the official launch of these sharp new in-ear headphones soon. Check out more images of the Beats Studio Buds and some short animated videos here.

And TikTok star Dixie D’Amelio was seen wearing a pair in a new video today too: