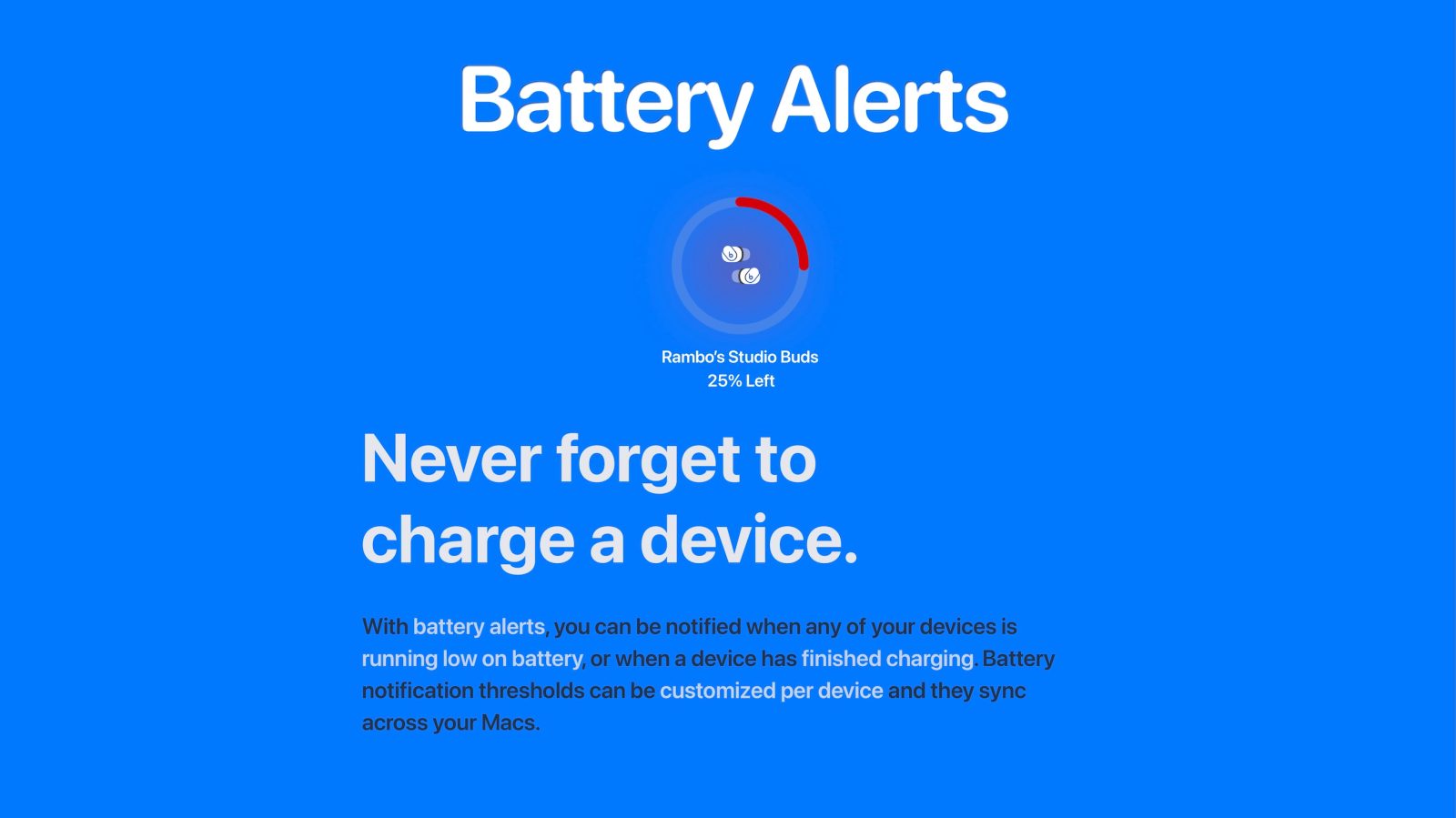 AirBuddy, the popular third-party tool for controlling AirPods and other nearby Apple devices and accessories, is receiving a notable update today. Version 2.4 of AirBuddy brings new battery alerts for when your devices are low on battery or fully charged, basic support for Beats Studio Buds, and more.

AirBuddy is developed by 9to5Mac’s Gui Rambo, and it includes a variety of features to enhance the experience of using AirPods and other Bluetooth devices with your Mac.

Today’s update to version 2.4 brings support for low battery and charged notifications to AirBuddy. Using the new “Create Battery Alert” option, you can now configure notifications for when your device’s battery is running low or fully charged. This is similar to the notifications offered natively in iOS for Apple Watch and AirPods.

For example, with AirPods, you can receive notifications on your Mac when your AirPods are fully charged or running low on battery.

Today’s update to AirBuddy also includes the ability to quickly connect to your favorite devices using the AirBuddy menu bar icon. Here’s the full list of new features in AirBuddy 2.4:

The update also includes a variety of bug fixes and performance improvements, and you can find the full changelog below.

AirBuddy is available for download for $9.99, and version 2.4 is a free update to existing users and is rolling out now.