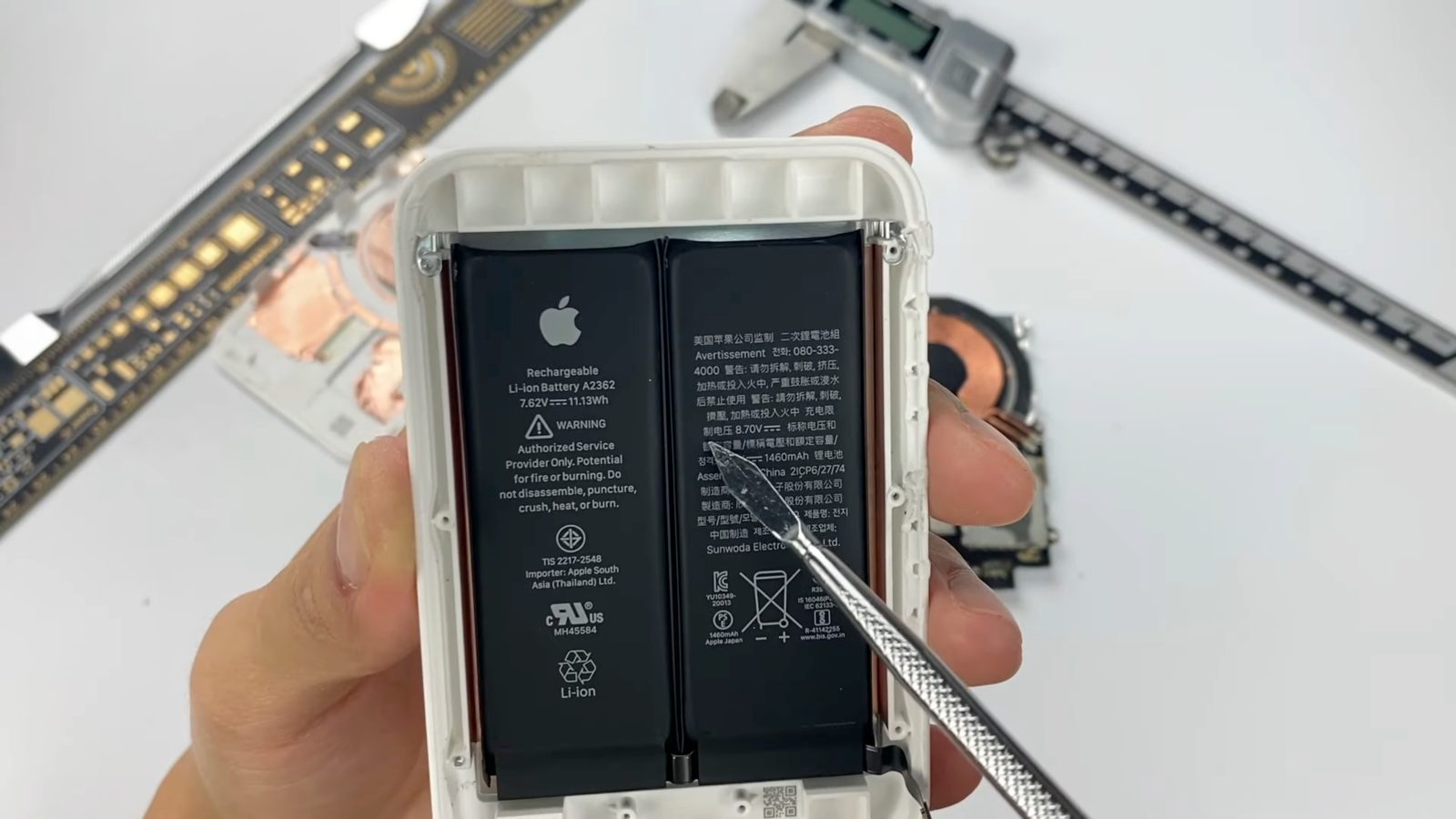 Apple’s MagSafe Battery Pack hit stores earlier this week as an official Apple alternative for users who need a power bank to extend iPhone’s battery life. Now a teardown video has revealed more details about the new accessory, such as its internal design with a two-cell battery and more.

Apple didn’t reveal many technical details about its MagSafe Battery Pack. All we know based on what is written on the back of the accessory is that the total battery capacity is 1,460mAh or 11.2 watt hours. However, there was some speculation about the MagSafe Battery Pack having two cells instead of one, and today’s teardown proved the theories right.

The teardown was published by YouTube channel Charger Lab, which showed an in-depth look at the internals of the new battery. And as you might expect from an Apple product, the components are nicely organized and even more complex than some people might think.

Of course, there’s no easy way to disassemble the MagSafe Battery Pack since it doesn’t have any screws. Therefore, removing its backside can result in damage to the product, so you probably don’t want to do this with yours.

Inside, there’s a large coil used to detect the distance between the iPhone and the battery. Meanwhile, another thin coil acts as an NFC antenna, which is responsible for telling the iPhone which is the connected accessory. The NFC antenna triggers the proper animations and the battery indicator in iOS.

We can also see some metal shields that protect the components and also improve heat dissipation, plus the main coil for Qi charging and the MagSafe magnets. Behind it all is a two-cell battery that looks exactly like the batteries used in iPhones. The author of the video corroborates that the two cells combined provide more capacity than just 1,460mAh.

The new MagSafe Battery Pack is available at Apple for $99 and works with the entire iPhone 12 lineup. If you’re looking for cheaper alternatives, there are some Qi battery packs available at Amazon that are compatible with MagSafe.