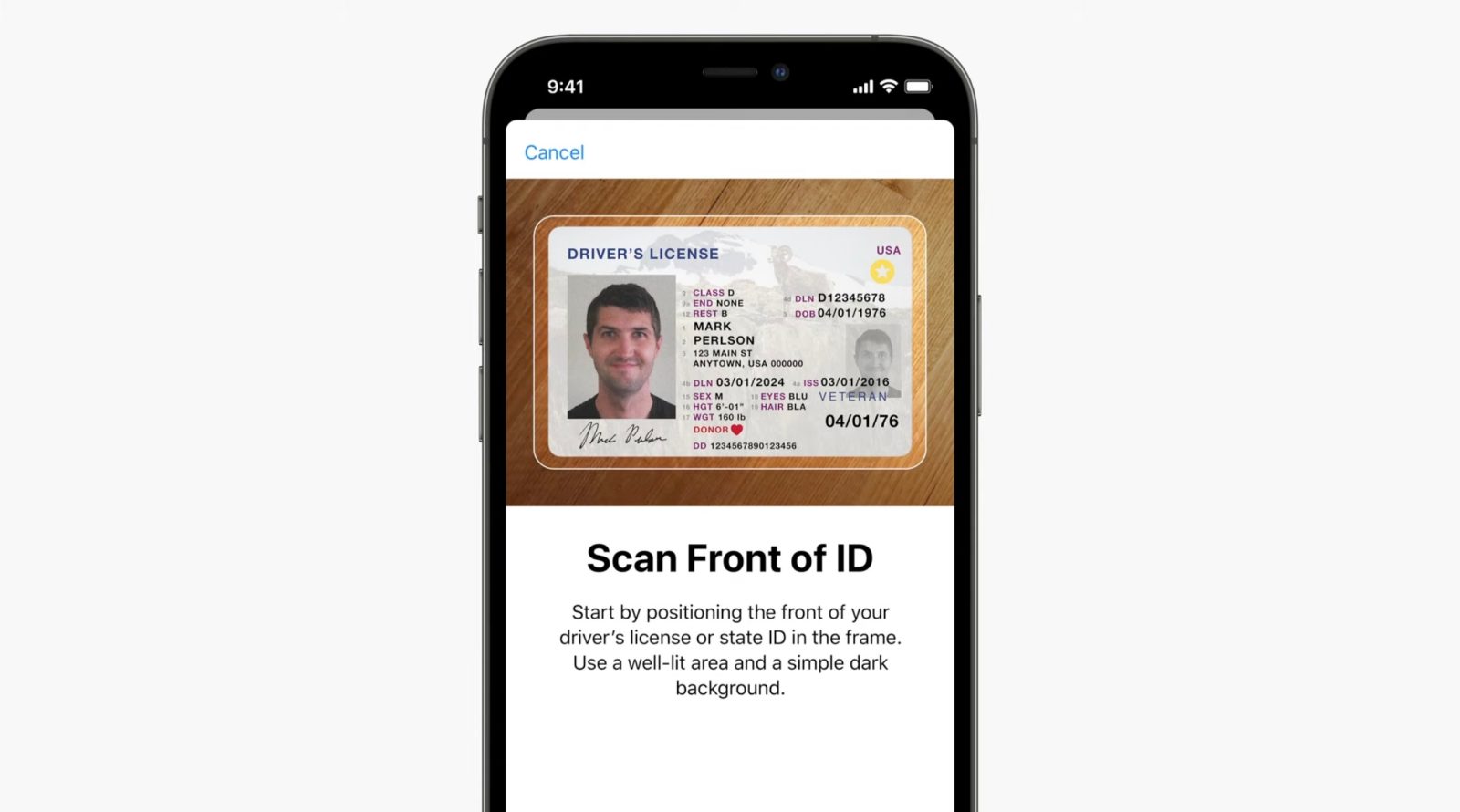 Apple announced at WWDC 2021 that iOS 15 will add support for ID cards in the Wallet app, but details are unknown as this feature is not available in the beta version of iOS 15. However, 9to5Mac has learned that the company is implementing a new security verification system with selfies to ensure that only the owner of an ID card can add it to the iPhone.

Based on code and animation files found by 9to5Mac in iOS 15 beta 4, which was released earlier today for developers, we can get a better idea of what the process of setting up an ID card in the Wallet app will look like once this feature becomes available.

To add an ID card to the iPhone, the user will need to go through a few verification steps in order to prevent someone else from stealing their documents. Interestingly, this security verification will use selfies to validate the user. Validation through selfies is not exactly new as some banking apps already require selfies from users to authenticate access on new devices, but this system was all created by Apple using the built-in technologies of the iPhone.

The onboarding process will look very similar to the Face ID setup, in which the user needs to rotate their head to register their face. The difference is that the animations will guide the user to capture their face in different positions, such as looking sideways, raising the eyebrows, opening the mouth, and even smiling.

You can check out some of the animations below:

Another piece of code suggests that these photos will be processed through on-device analysis. Of course, after the ID card is successfully added to the Wallet app, you’ll be able to use it with a simple Face ID confirmation. Although this is a private API, Apple could make this system available to developers in the future as a way to improve user authentication with privacy in mind.

According to Apple, ID cards in the Wallet app will be available later this year for residents of some US states. Here’s how the company describes the feature on its website:

Starting in participating U.S. states, add your ID to Wallet for use when you travel. With a tap of your iPhone or paired Apple Watch, you’ll be able to securely present your ID to speed through TSA security checkpoints. Presenting your identification is easy and secure with Face ID or Touch ID. Your ID in Apple Wallet is protected by the same technology that makes Apple Pay private and secure.

iOS 15 is currently available in beta for developers and users registered in the Apple Beta Software Program. The official release is expected this fall.