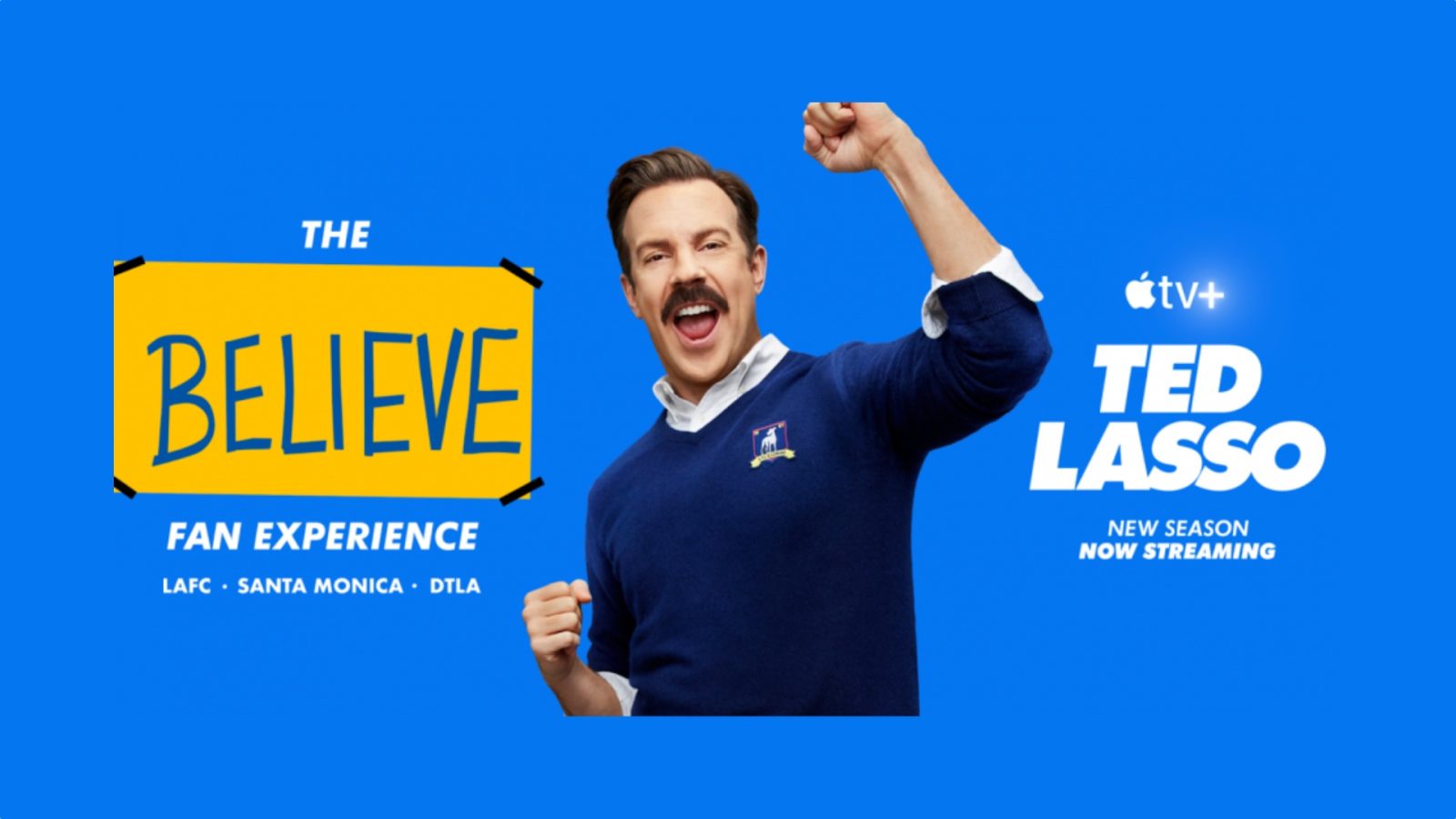 One of the most beloved TV series of Apple TV+, Ted Lasso, is holding a “Believe” Fan Experience in California in LAFC, Santa Monica, and DTLA this August.

This tailgate will give attendees a chance to feel like part of the AFC Richmond fan club. According to The Drum, “Apple is bringing its fan experience to different neighborhoods of Los Angeles for three one-off events scheduled for August 4, 7, and 8.”

The fan experience comes as Apple premiers the second season of Ted Lasso on Apple TV+, inviting the public “to place their belief in Ted as he pursues an impossible dream of cup glory.”

Not only that, but Apple has also been celebrating the new season of Ted Lasso with Memoji stickers of Ted’s face at Apple Stores as well as unique Today at Apple sessions for turning iconic quotes from the show into iPad art. Apple also held a blue carpet premiere for the show that was attended by Apple executives, including Tim Cook.

Ted Lasso season 2 debuted as the second most in-demand streaming original, according to data from Parrot Analytics, only trailing the Disney+ series Loki. As the report explained, demand is a “proprietary metric used by Parrot to measure an audience’s appetite for TV content” and is often a “leading indicator of subscriber growth.”

When Ted Lasso debuted last year, it captured a 3.5% demand share globally among streaming services, but season 2 this year has increased that share to 54%.

To participate in the “Believe” Fan Experience, check out dates according to Average Socialite: