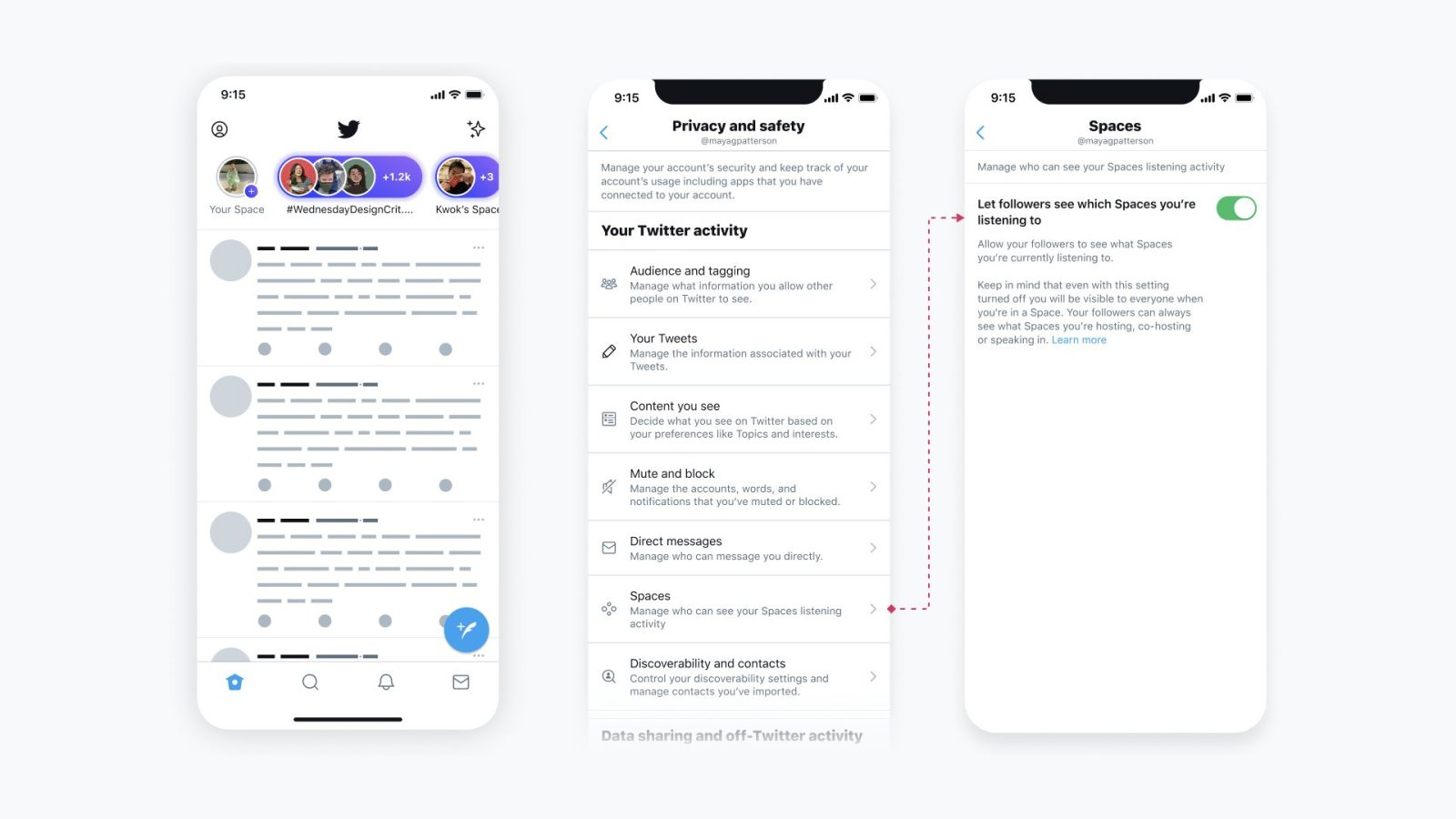 Twitter today announced another update to its “Spaces” live audio platform, which was launched earlier this year to compete with Clubhouse. The company is now experimenting with a new option that will let users show followers which Spaces they are listening to.

Right now, Twitter only shows Spaces being hosted by accounts you follow or if someone you follow is currently speaking in that room. However, the company now wants to make it easier to let people discover more Spaces in its mobile app.

In a tweet posted to the @TwitterSpaces account, the social network announced an option that will let followers see if you’re listening to an ongoing Space. The company says that this new option is an experimental feature, which means that it may not become available to all users.

we’re experimenting with ways to help you discover more Spaces. for some of you on iOS and android, if someone you follow is listening to a Space, you’ll see it at the top of your tl. you can control who can see your listening activity in your settings. send us your thoughts!

If you want to let your followers see if you’re listening to a Space, the new option can be found in Twitter’s Privacy and Safety settings.

A recent leak also suggests that Twitter wants to expand Spaces even further with “replay” options to let users listen to a Space after it has been ended. Right now, you can only join Spaces when they’re live. However, this hasn’t yet been officially announced by the company.