Jamf: These are the most common permissions requested by popular apps 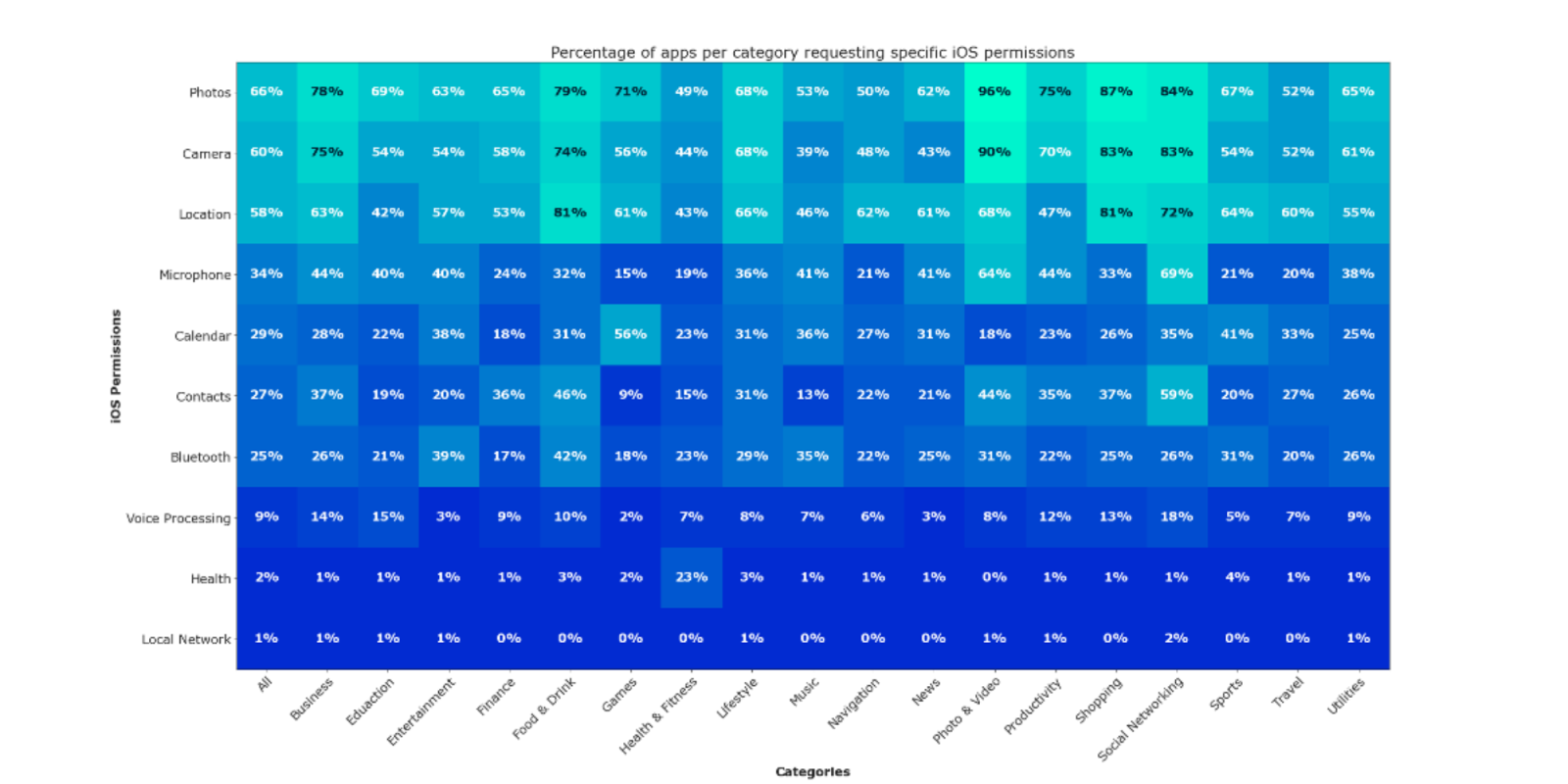 Jamf, the popular Apple enterprise partner, has released a new report that details the most common permissions that apps are requesting on Apple’s App Store.

Jamf used metadata within a sample of almost 100,000 popular apps across the store catalog. This sample was determined by looking at the apps that are installed within Wandera’s customer base, which has 2.5 million devices under its management. The metadata analyzed in the research came from aggregated logs that don’t contain any identifying information.

Jamf’s analysis shows the most requested data type is photos, with at least half the apps across every category requesting access to a device’s photo library. The top categories of apps requesting photo library access are:

Apple has tightened up permissions around the photo library, though. With iOS 14, apps now have to give the option to just give access to certain photos.

The camera app is the second most popular permission requested. The top categories of apps requesting access to the camera are:

Apple has gone to great lengths to make sure users know when their camera is being requested and additional permissions and clear UI indicators.

Apple has always been focused on location tracking and privacy. Steve Jobs, before his passing in 2011, had this to say at the D8 conference.

“We take privacy extremely seriously,” said Jobs. “A lot of people in [Silicon] Valley think we’re old-fashioned about this.”

The third most requested permission requested is location. The top categories of apps requesting location information are:

With iOS 13, Allow Once was added as an option for users when an app requests location.

The fourth most popular app permission request is the microphone. The top categories of apps requesting access to the microphone are:

So what are the key things we should take away from this report? Here’s what Jamf had to say:

Despite improvements by both Apple and Google in promoting personal privacy, consumers need to take steps of their own to secure their data. The purpose of this research is to encourage users to consider the data they are sharing before accepting any request that appears on their devices. There are some data points in this analysis that aren’t surprising, and some that are.

Personal privacy has been in the discussion lately, with the new CSAM and iMessage functionality coming in iOS 15 aimed to prevent harm to children. In my opinion, here are some actionable things you can do as a result of this report: Think twice before giving an app your location, delete apps you no longer need and audit the Privacy section of the Settings app related to location, photo access, and camera access. If you can’t think of a reason why a random app would need access to your photos, revoke permissions.