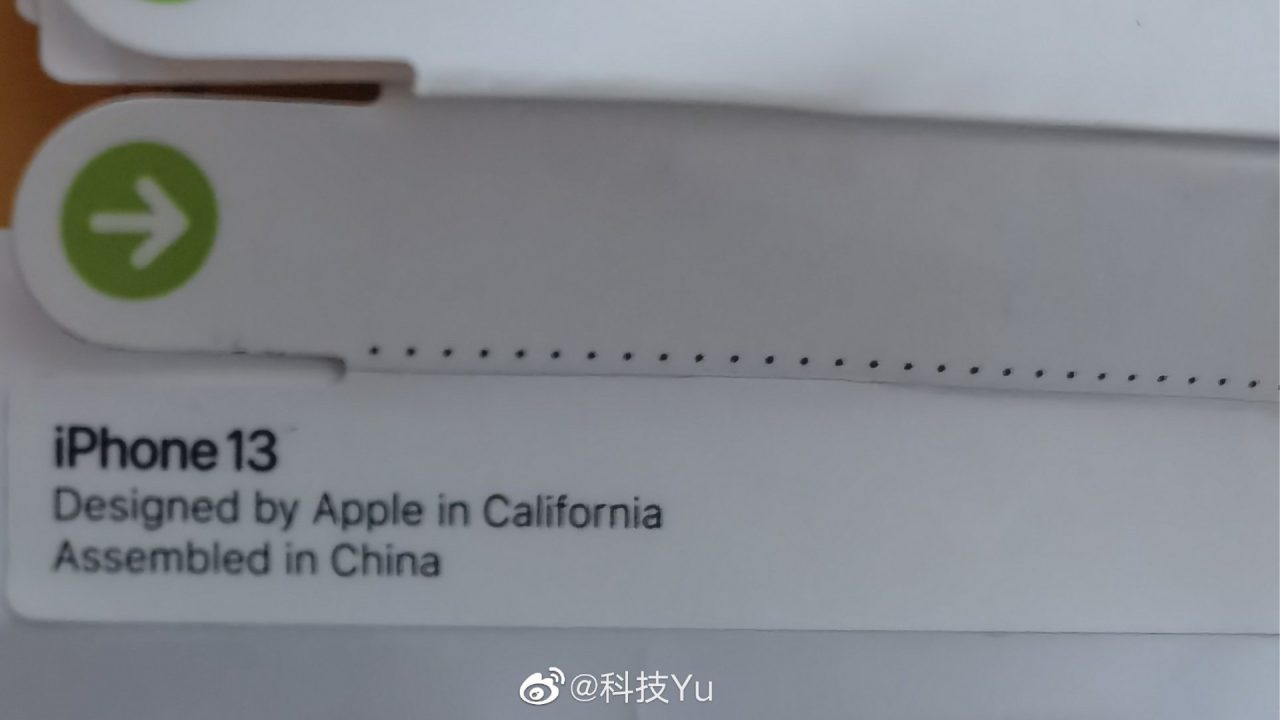 The next iPhone is rumored to be unveiled in the coming weeks. Now, a new image corroborates that the next smartphone from Apple will be indeed called “iPhone 13” and not 12s or something else.

As posted by Duan Rui on Twitter, an image posted to Chinese social network Weibo shows alleged Apple packaging where it’s possible to read “iPhone 13. Designed by Apple in California. Assembled in China.” It’s usual for this kind of thing to pop up when the release of a new iPhone is near.

This time, Duan Rui makes sure to emphasize that he’s not a leaker and doesn’t have “first-hand information,” and just “reprints some information that I have seen that I feel is relatively reliable.” A couple of months ago, Apple sent warning letters to some prominent sources to stop leaking the company’s secret information, so it’s only natural for Rui to stay out of trouble.

Also today, the newspaper South China Morning Post reports that Apple supplier Foxconn is rushing to hire 200,000 more workers to its manufacturing complex in the central Chinese city of Zhengzhou.

According to the publication, Foxconn is on a “fast-track recruitment effort amid the need for 200,000 more workers by the end of September.” The facility can house as many as 350,000 assembly line workers and produce up to 500,000 smartphones a day.

Apple is estimated to ship from 130 million to 150 million new iPhones in the second half of the year, according to a Wedbush report. iPhone 13 production will account for 90 million to 100 million units to meet the initial orders for the new smartphone line.

Recently, it’s rumored that pre-orders for the new iPhone 13 will start on September 14, with it being sold the following week.

iPhone 13 is expected to be unveiled in four models with the same screen sizes as before. The Pro models will get the ProMotion technology with a 120Hz refresh rate. All models are likely to feature a smaller notch and camera upgrades.

You can read our full roundup about the iPhone 13 here.