Should you update your iPhone to iOS 15? 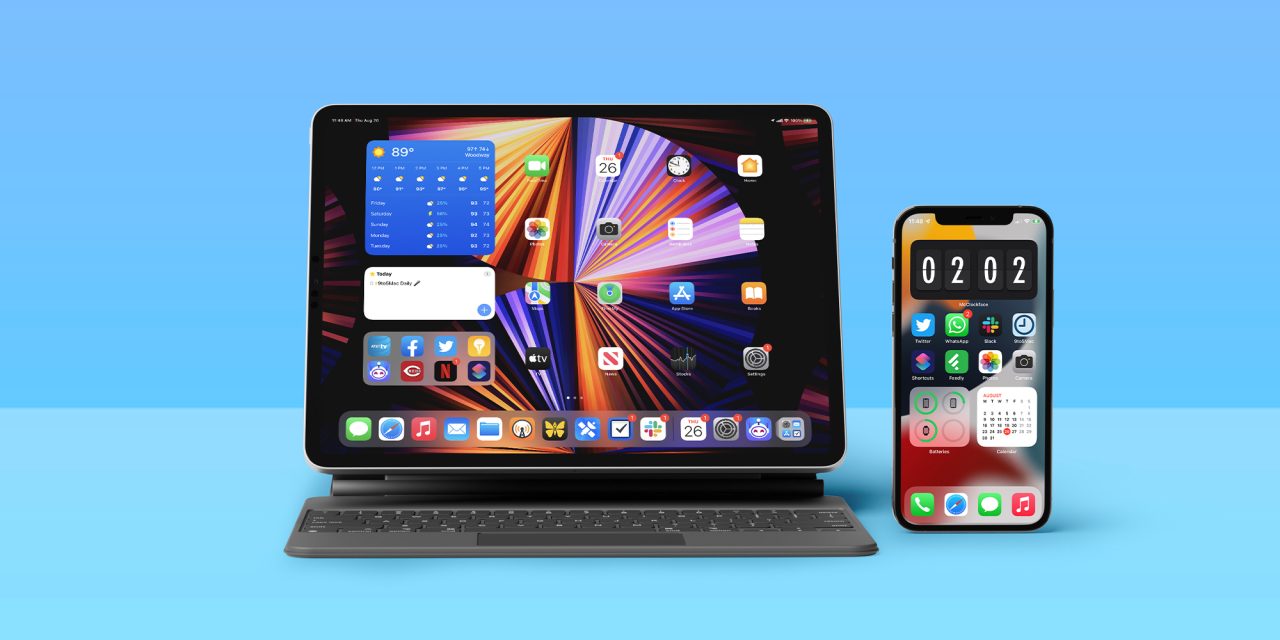 The final versions of iOS 15 and iPadOS 15 are here. After three months of previewing Apple’s upcoming operating systems for the iPhone and iPad, here’s whether you should update or not.

After the viral release of iOS 14/iPadOS 14 release thanks to the addition of widgets, there was a lot of anticipation for iOS 15 this year — but development challenges were compounded by the continued COVID-19 pandemic.

iOS 15 and iPadOS 15 focus on a pandemic world while preparing people all over the world to go back to their routines. With this update, users will get a new Focus mode, redesigned Safari, Weather, and FaceTime apps, and much more. iPhone 11 users or newer will even have the ability to track their phones even when turned off.

For iPadOS 15 owners, there are new tweaks for multi-tasking that make it easier to access the Split View and Slide Over features, as well as the new App Library and the ability to add widgets to the Home screen.

iPadOS 15 finally received the update Apple brought to the iPhone with iOS 14: a new and more customizable Home screen. It’s now possible to add widgets anywhere on your Home screen, delete apps and only show them on the App Library, and also customize what’s shown depending on the Focus mode you create.

For iPadOS 15, Apple also made it easier to use Split Screen and Slide over functions. Now, every time you open an app, you’ll see three dots on the top of the screen where you’ll be able to choose whether you want more apps running at the same time or not.

The new multi-tasking features in iPadOS 15 have become quite useful for me. Remember how Apple killed 3D Touch because no one knew how to use it? Split View and Slide Over weren’t always that intuitive either. With this three dots indicator, users will now know that they can easily open and split the screen with other apps.

Focus mode in iOS 15 and iPadOS 15 is one of the greatest improvements Apple is bringing, as you can select what do you want to focus on depending on what you’re doing at the moment, such as working, sleeping, having personal time, playing games, or working out.

Currently, I use six different focus modes, including “Do Not Disturb,” “Personal,” Work,” “Sleep,” “Fitness,” and “Street,” when I don’t want to be interrupted while away from home. With beta over beta, the Focus function in iOS 15 is learning with my habits and already turning on one focus mode after another. It’s just great.

FaceTime, Safari, Weather, and Apple Maps have a new look

Familiar apps have also a new look. FaceTime looks more square but adds a new Portrait mode to blur your background in a call. There’s also a new Voice Isolation function, a better grid view with FaceTime Group, and people can join your conversation from the web or Android with a FaceTime link, which is pretty neat.

It’s important to notice how good these new mic modes are: if you’re using an AirPods, choosing the voice isolation mode is groundbreaking because you can wash dishes or be close to someone talking loudly, but the person on the other side of the call won’t hear anything aside from your voice. Apple’s implementation of this feature is quite impressive.

The Weather app has a new icon and everything looks more realistic with new animated backgrounds. There are also next-hour precipitation notifications so you can get a notification when rain, snow, hail, or sleet is about to start or stop. Apple’s team has put a lot of effort into the app and it does look good.

Safari, after all the controversy during the beta, has also a new design. While the design has proven to be controversial, I think it’s only a matter of time before people to get used to it. With iPadOS 15, you can have a “Compact Tab Bar,” which looks pretty great. Even still, if you don’t like what you see, there’s also the classic design, which you can learn how to go back here.

Sharing is caring with iOS 15 and iPadOS 15

You’ll notice with iOS 15 and iPadOS 15 that some apps have a dedicated “Shared With You” section, including Music, Podcast, Safari, TV, iMessage, and Photos. With that, when something is shared with you in Messages, you’ll get a reminder in these apps to read, watch, and listen to what was sent to you.

If you click on the person’s name, iOS 15 will redirect you to the conversation on iMessage so you can reply with your thoughts. Nice, right? And doesn’t matter how long you take to watch/read/listen to something someone sent to you, you will be redirected exactly to the moment the person sent you the link.

Also new for iMessage, there is new Memoji customization with clothes, more colors, and accessibility customizations include cochlear implants, oxygen tubes, and soft helmets. Even though it’s pretty minimum, I do like updating my Memoji every now and then and always look forward to new customization.

Also, when you send a bunch of photos on iMessage with iOS 15 and iPadOS 15, they look more compact with a collage you can swipe through and tap to view them all as a grid or add a quick Tapback. Finally, Apple fixed it.

Live Text is another pretty big update for iOS 15 and iPadOS 15. When opening an image or your camera, you can find text and make a call, send an email, or look up directions with just a tap on the highlighted text in a photo.

It’s very intuitive to use and also very helpful as everything is now clickable. For example, if you see a sign on the street, just open your Camera app and click on the text to copy it.

With Live Text translation, users can also copy the image’s text and translate it into English, Chinese, French, Italian, German, Portuguese, and Spanish.

Siri also got a bit smarter and more useful as it adds on-device speech recognition so everything is processed on your iPhone and iPad. With that, Siri can finally perform many tasks without an internet connection. No more asking Siri to open an app and the personal assistant replying it can’t open the Music app as you don’t have an internet connection right now.

iOS 15 and iPadOS 15: a sea of postponed features

As you read above, there are a lot of things to get excited about iOS 15 and iPadOS 15 but there are many other features that were coming to these operating systems and will launch sometime later this year – or even next.

Apple made a big deal about SharePlay in the WWDC 2021 keynote. This feature will let users share a song, video, or even the device’s screen with other people via FaceTime. It was available in early betas of iOS 15, but Apple ended up removing it and saying it would be added back later. 9to5Mac‘s Filipe Espósito and I were able to try it for a brief moment and when it worked, it was really fun.

Support for ID cards in Wallet, which will let US users scan their ID to the Wallet application, is also not launching with iOS 15. Apple has, however, revealed which US states will be the first to adopt the new feature when it does launch.

App Privacy Reports, detailed 3D navigation in CarPlay, and Legacy Contacts are features that will take a bit longer to land on iOS 15 and iPadOS 15 as well.

Apple made a pretty big deal about Universal Control, which will let users seamlessly use the keyboard and mouse of a Mac with a nearby iPad and vice-versa, was never seen in the beta on iPadOS 15 and macOS Monterey.

Here’s how Apple describe this feature:

A single keyboard and mouse or trackpad now work seamlessly between your Mac and iPad — they’ll even connect to more than one of the same device. Move your cursor from your Mac, right to your iPad, type on your Mac, and it shows up on your iPad.

Unfortunately, Universal Control will take longer even so because macOS Monterey also won’t launch with iOS 15 and iPadOS 15. If Apple follows last year’s pattern, expect Monterey in the next couple of months.

iOS 15: worth upgrading it or not?

iOS 15 isn’t a complete revamp of the iPhone operating system, but it does bring some handy features and quality of life improvements. For me, the ability to set different Focus modes and track my iPhone even when turned off is a pretty big deal.

But if you don’t want to jump all the way to iOS 15, Apple also announced that it will continue support for iOS 14 so users won’t miss security and bug fixes, even if they decide not to install Apple’s newest operating system.

It’s also worth noting that Apple is launching iCloud+ with iOS 15: without paying more, you can get iCloud Private Relay, hide your email, and unlimited HomeKit Secure Video cameras.

iPadOS 15: worth upgrading it or not?

iPadOS 15 finally brings a redesigned Home screen with widgets, but after Apple announced the M1 iPad Pro, many people had higher hopes for this year’s software updates.

While you can easily use Split Screen and Slide Over, and there are new keyboard shortcuts, Apple didn’t give iPadOS the complete revamp that some users were hoping for.

Pro apps like Final Cut Pro and Xcode are nowhere to be found, and the only thing Apple will give to developers, is another version of Swift Playgrounds where they can create an app and send it to Apple to publish on the App Store.

With all the power and fancy features the M1 iPad Pro has, Apple seems to be holding back for the next big step. Maybe next year.

Apple released iOS 15 and iPadOS 15 on September 20. Here’s the full list with every iPhone and iPod touch model supported by iOS 15:

Here’s the full list of every iPad supported by iPadOS 15:

Even though iOS 15 and iPadOS 15 are considered small upgrades, there is a lot of features to be excited about, even if some of them will take a while to land on your iPhone and iPad.

One of the most impressive things — along with the choice of not updating your device – is that Apple still supports the iPhone 6s and iPad Air 2. Some features, of course, won’t be available, but you still can update your 5 years old phone and tablet with Apple’s latest features.

Are you excited about iOS 15 and iPadOS 15? Will you update? Tell us in the comment section below.