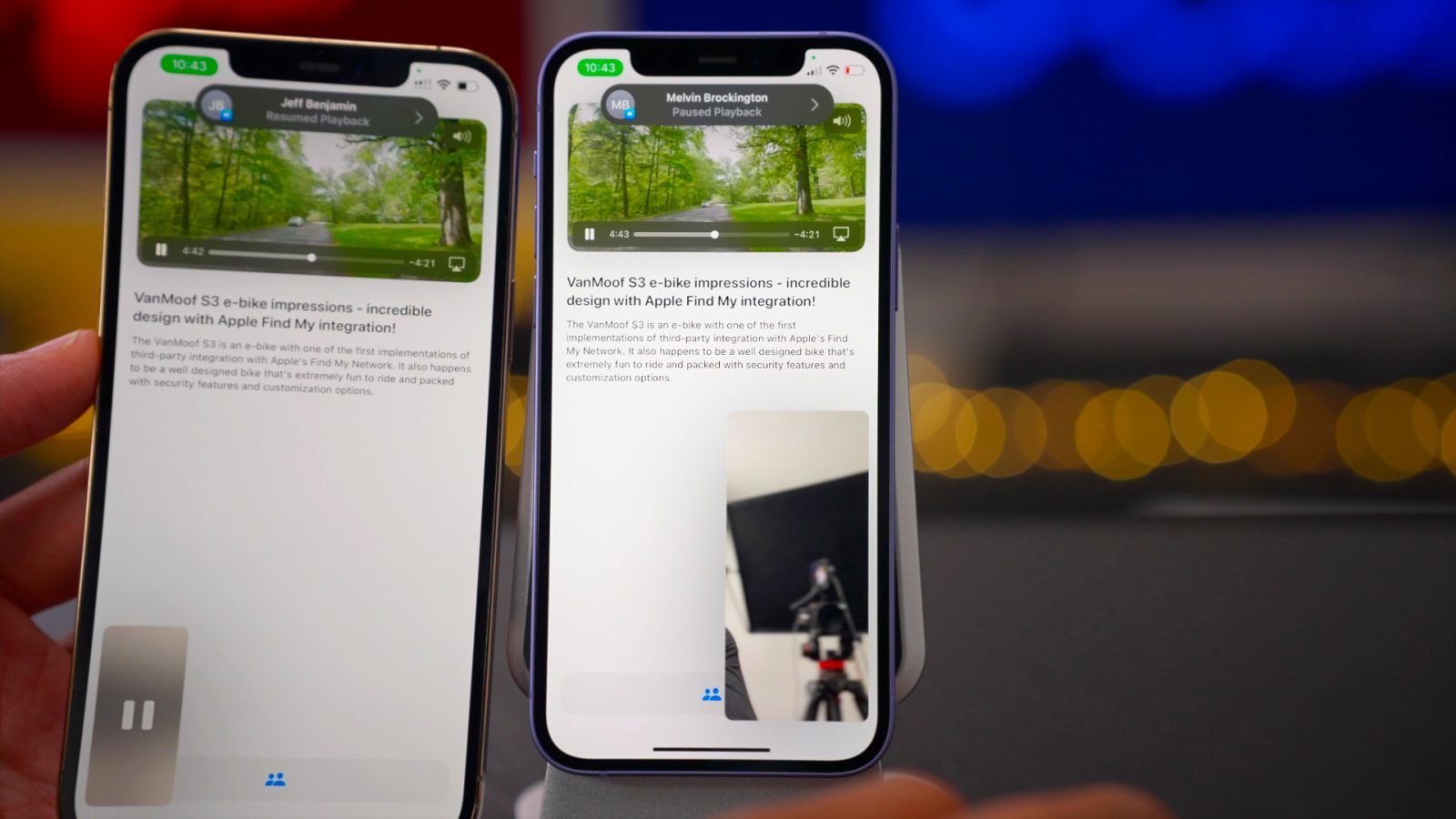 The first betas of iOS 15.1 and iPadOS 15.1 were released to developers today, and they re-enabled the highly-anticipated SharePlay feature. This suggests that Apple plans to release SharePlay to the public as part of iOS 15.1 later this fall.

SharePlay was added to iOS 15 beta 2 all the way back in June. In August, however, Apple removed SharePlay from the iOS 15 beta and said the feature wouldn’t be included in the first version of iOS 15 released to the public. In the interim, Apple released a dedicated development profile so developers could continue testing their apps with SharePlay.

Apple now says that iOS 15.1 includes SharePlay by default and the standalone development profile is no longer required:

SharePlay has been re-enabled in iOS 15.1, iPadOS 15.1, and tvOS 15.1 betas, and no longer requires the SharePlay Development Profile. In order to continue developing SharePlay support for your macOS apps, please update to macOS Monterey beta 7 and install this new development profile.

If you spot any other changes in the iOS 15.1 beta or other new releases from Apple today, let us know in the comments below or on Twitter @9to5Mac. Stay tuned for our full hands-on coverage with the new releases right here at 9to5Mac today.