Tim Cook: Mental health is an issue for all of us; tech can help or hinder 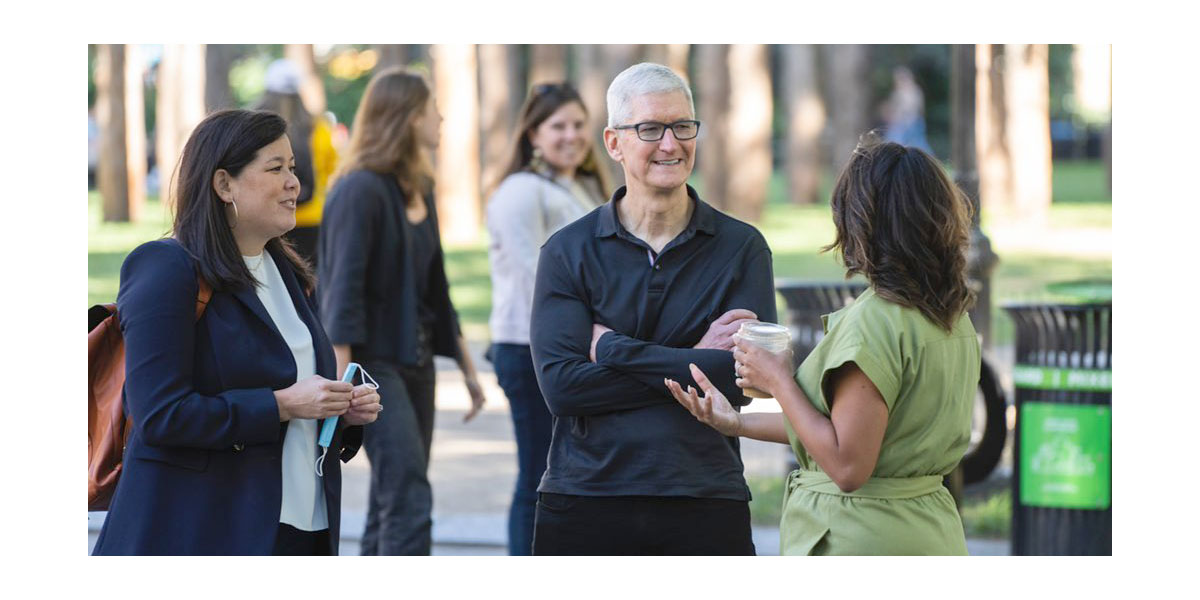 In a new interview with Apple CEO Tim Cook, mental health is the focus of the discussion. Cook says that there is currently a mental health crisis, and he believes technology can either help or hinder, depending on how it is used.

Cook also met with the developers of the mental health app Shine, which Apple featured as part of its Best of the App Store awards last year …

Cook is meeting Naomi Hirabayashi and Marah Lidey, the former colleagues turned co-founders of mental health app Shine, which Apple believes is the best of what its devices can facilitate. Shine’s M.O. is simple: to deliver inclusive, guided meditations and journaling tips.

“When we looked at the way that wellness was being marketed or talked about on a mainstream level, it didn’t resonate,” Hirabayashi says. “It felt like it was kind of this luxury commodity that was sold to a certain persona, a certain body type, a certain disposable income.” Shine now has 4 million users in more than 189 countries, while a corporate add-on, Shine at Work, is used by companies like Smile Direct Club to facilitate psychologically healthy workplaces […]

The app’s growth has been exponential. “We saw our best growth to-date from both the pandemic and then the uprising for racial justice, and we really didn’t change much,” says Lidey, though the meeting with Cook marks a significant milestone of its own.

Cook said that while mental health is always crucial, it made particular sense for Apple to highlight the app last year.

There probably wasn’t a year that would have made them more essential — with the pandemic and the murder of George Floyd, and these things coming together and intersecting in such a way that no one would have predicted.

And I think mental health is a crisis. And it’s one that has been stigmatized so much. It was for so long that people suffered in silence and in isolation. [Shine] have done this incredible job, bringing together community and stitching together a number of different things that will make [change] systemic in nature instead of a slogan.

You know, I don’t have an S on my chest and a cape on my back. I suffer from the pandemic lows as much as everybody else does. I know that I’m privileged in so many ways, but none of us are privileged to the point that mental health is not a key factor in life.

Internal Facebook research recently suggested that apps like Instagram can be harmful to the mental health of teenage girls (though the company was quick to defend itself). Cook was asked whether he worries about technology making things worse rather than better, and said he does – but it depends how people use it.

I’ve always thought that technology should serve humanity and not the other way around. And I always worried about people using technology too much. And so, we came out with Screen Time to try to give people a true reading of the amount of time they’re really spending on their devices because generally it’s a lot more than they say.

But that’s just one element. It’s also what you’re doing [on them]. I’ve often worried about the endless scrolling, the surrounding yourself with negativity and so forth. And so elevating a company like Shine and getting people to go check it out — that’s a great use of our technologies because that does serve humanity. Their whole company is based on this. And it’s how we look at the world. We want people to do things with their devices, like the photography exhibit that we both enjoyed, or connecting with family and friends with FaceTime. Not endless, mindless scrolling.