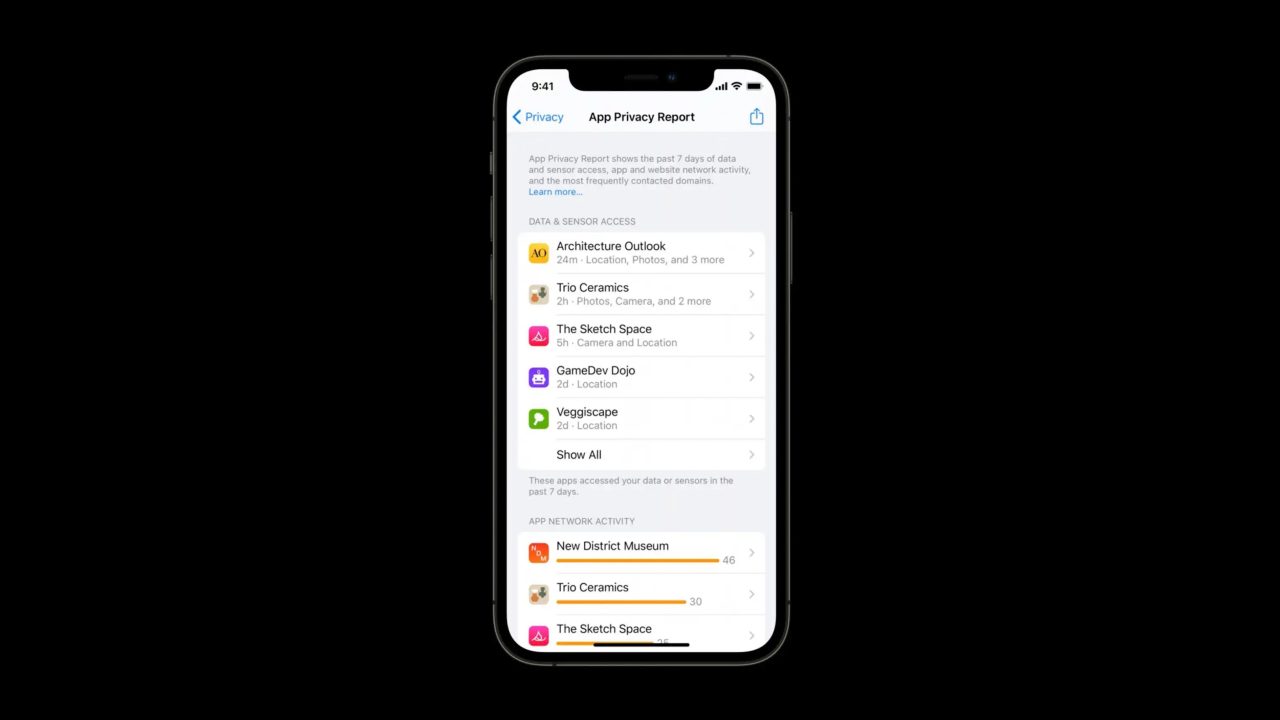 Apple today released iOS 15.2 beta 1 to developers. Coming just two days after the public release of iOS 15.1, today’s beta of iOS 15.2 continues to add new features that were originally slated to be included in iOS 15.0. Head below as we round up everything new with today’s release.

First and foremost, iOS 15.2 adds the full “App Privacy Report” feature to the Settings application. While the interface was available in previous releases, there was no data or information shown. With iOS 15.2, users can now see the data accessed by applications, including third-party apps and Apple apps.

iOS 15 and iPadOS 15 introduced the Record App Activity feature in the privacy settings, allowing people to save a summary of sensor, data, and internet access by apps on their device.

iOS 15.2 also makes a change to the Auto Call feature of Emergency SOS. Apple says that you can now set Auto Call to use one of two methods for initiating an emergency call: holding the side button together with a volume button, or rapidly pressing the side button multiple times.

Previously, this feature was accessed on iPhone X and newer only by holding the side button together with a volume button. On older devices, users could rapidly press the side (or top) button five times. Now, Apple is giving users the option to choose between these two settings.

Apple also says that both of these methods will now show a longer, eight-second countdown before placing an emergency call. This is an increase from the previous countdown of three seconds.

If you spot any changes in the iOS 15.2 beta or other new releases from Apple today, let us know in the comments below or on Twitter @9to5Mac