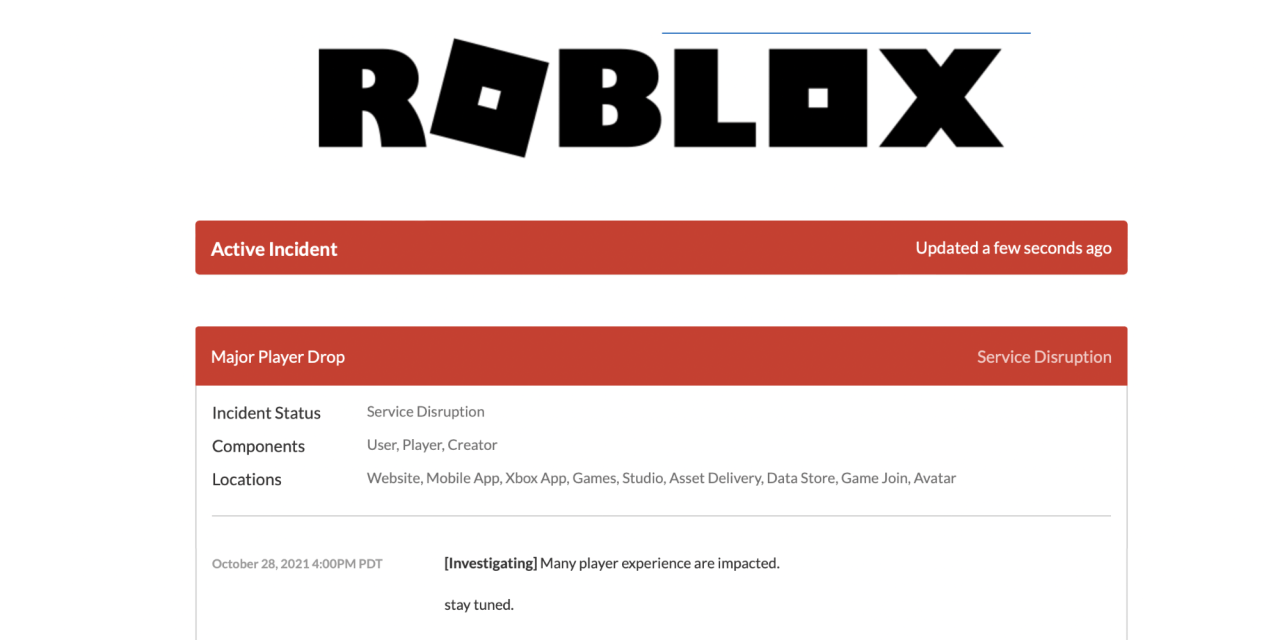 Update: The game is back online after a 3-day outage. The company says that restoring service may take a little time to roll out everywhere.

One of the most popular mobile games, Roblox, is down. The company is showing “Service disruption” for every platform: iOS app, Android app, Xbox and Avatar.

Roblox shows the issue on its status page.

Many player experience are impacted.

Update: We identify the root cause as internal system issue and work on the fix.

On the iPad app, users get logged out when they open the app, and there is no response when they try to login.

Roblox is one of four iOS games found to gross more than a million dollars a day.

A large-scale study of app usage last year discovered that the majority of American and British kids use the app.

Roblox dominates in the US.and UK, where 54% and 51% of kids play, respectively. In Spain, only 17% do. Instead, kids in Spain currently prefer Brawl Stars […]

In February 2020, this one game accounted for 81 minutes per day, on average […] During COVID-19 lockdowns, the kids who played Roblox increased their time spent in the game, up 31% [in the US].

Roblox found itself drawn into the Epic vs. Apple court case, and the company tried to stay out of it by declaring that it was an “experience” rather than a game.