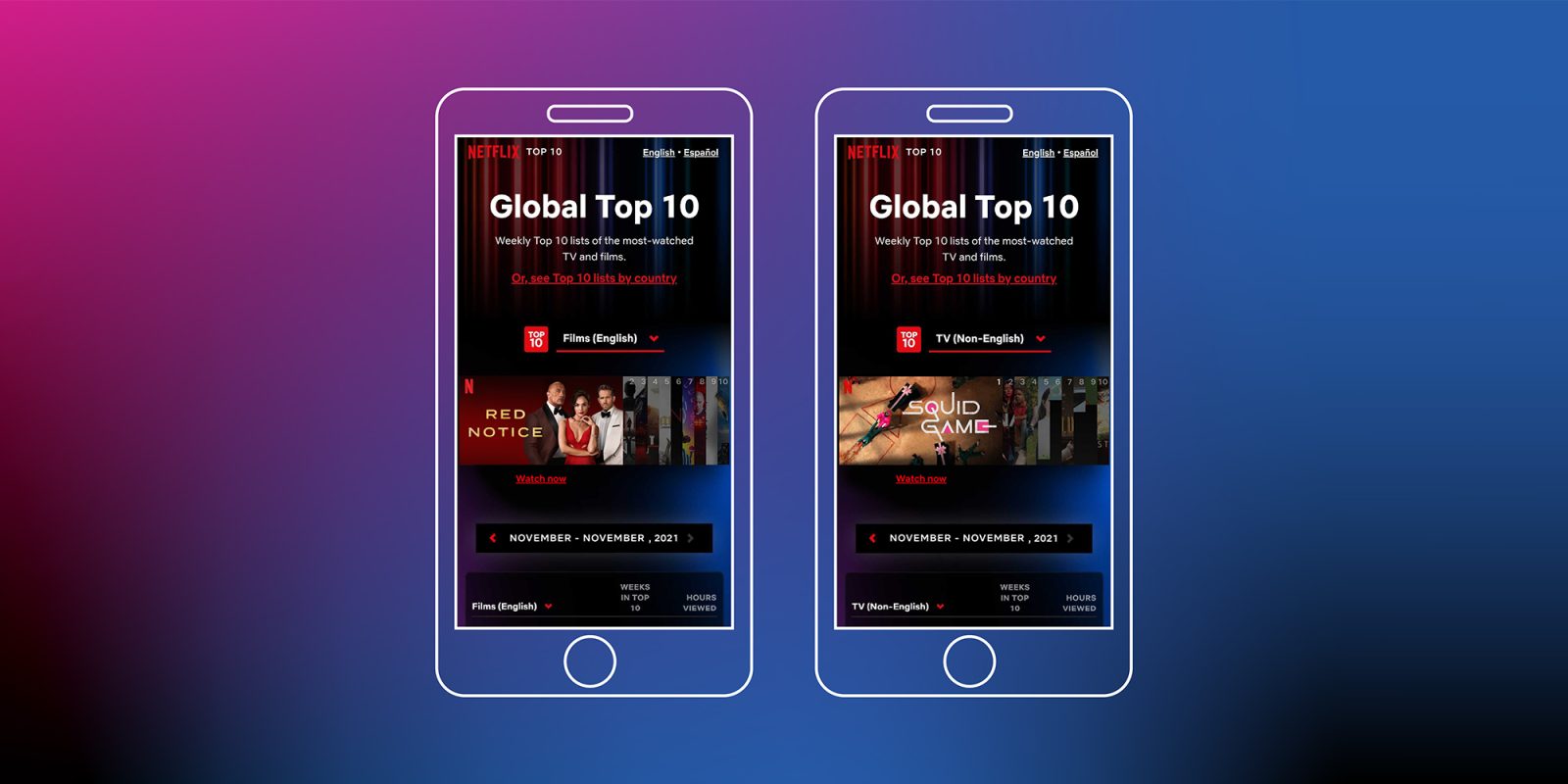 Netflix on Tuesday launched a new ranking website that shows the company’s Top 10 titles in different countries around the world. This follows an announcement in October made by the company that confirmed an upcoming change in its viewing metrics.

As the name suggests, the website shows the 10 most-watched movies and shows on Netflix around the world. The ranking is separated into Film (English), TV (English), Film (Non-English), and TV (Non-English).

As noted by The Verge, there’s an indicator for each title denoting how many weeks that content was in the top 10 and the number of hours viewed. Netflix also highlights which countries each movie or show was most-watched. The list will be updated every week on Tuesday with data from Monday through Sunday.

We consider each season of a series and each film on their own, so you might see both Stranger Things seasons 2 and 3 in the Top 10. Because titles sometimes move in and out of the Top 10, we also show the total number of weeks that a season of a series or film has spent on the list. […] All of the weekly lists and weeks in the Top 10 on the site start from June 28, 2021.

It’s worth noting that Netflix’s Top 10 includes not only original content from the company, but also licensed movies and shows. During an earnings call last month, Netflix revealed that it will now consider the total number of hours viewed instead of the two-minute viewing metric to determine its Top 10 ranking.

Everyone can access the Netflix Top 10 through this new website. The lists are also available as TSV and Excel files.