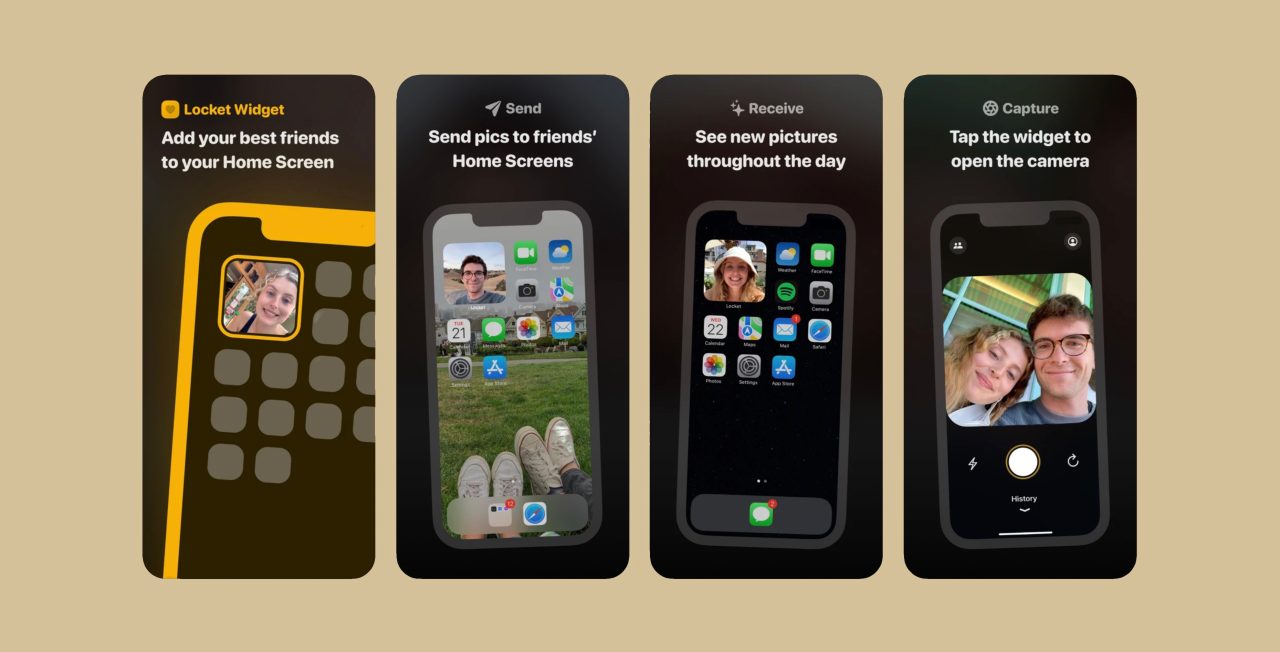 First introduced with iOS 14, Home Screen widgets have proven to be one of the most popular features ever added to iPhone. Over a year later, developers continue to find innovative ways to take advantage of this feature. Currently sitting atop the App Store charts is a new app called Locket, which “shows you live pictures from your friends, right on your Home Screen.”

“I built it as a present for my girlfriend for her birthday last summer,” Moss explains. “She was going back to school in the fall, so we were about to start a long-distance relationship,” he says. “The process of getting a little photo from her on my homescreen…seemed really appealing. Just a nice way to stay in touch.”

Locket works by first walking you through the process of inviting friends to download the app and join your network. Once you’ve added friends to Locket, you can then add the app’s widgets to your iPhone’s Home Screen. From there, both you and your friends can add photos to Locket, and the widget will automatically update throughout the day.

Essentially what you’re doing here is allowing your friends and family to place pictures directly on your iPhone Home Screen. It’s a pretty neat collaborative implementation of widgets, and the simplicity of the app is part of what sets it apart. For instance, you and your partner can both use a respective widget your iPhone Home Screens, and throughout the day pick and choose different images to show on each other’s Home Screen.

Also in the interview with TechCrunch, Moss says that Locket’s success can primarily be attributed to TikTok. While Moss published multiple videos from an official company account for Locket, the app also quickly became the subject of videos from other TikTok users as well. The app currently sits atop the App Store charts in the United States.

One thing to note: Locket does request access to your address book to let you invite friends and family members to the app. As TechCrunch notes, the more privacy-centric approach here would be to simply let users send standalone invitations. Moss is reportedly “considering changing this aspect of the app’s behavior,” but in the meantime, “he says Locket doesn’t store your contact info nor send its invites automatically using its own phone number.”

You can download Locket from the App Store. It’s completely free to download with no in-app purchase.