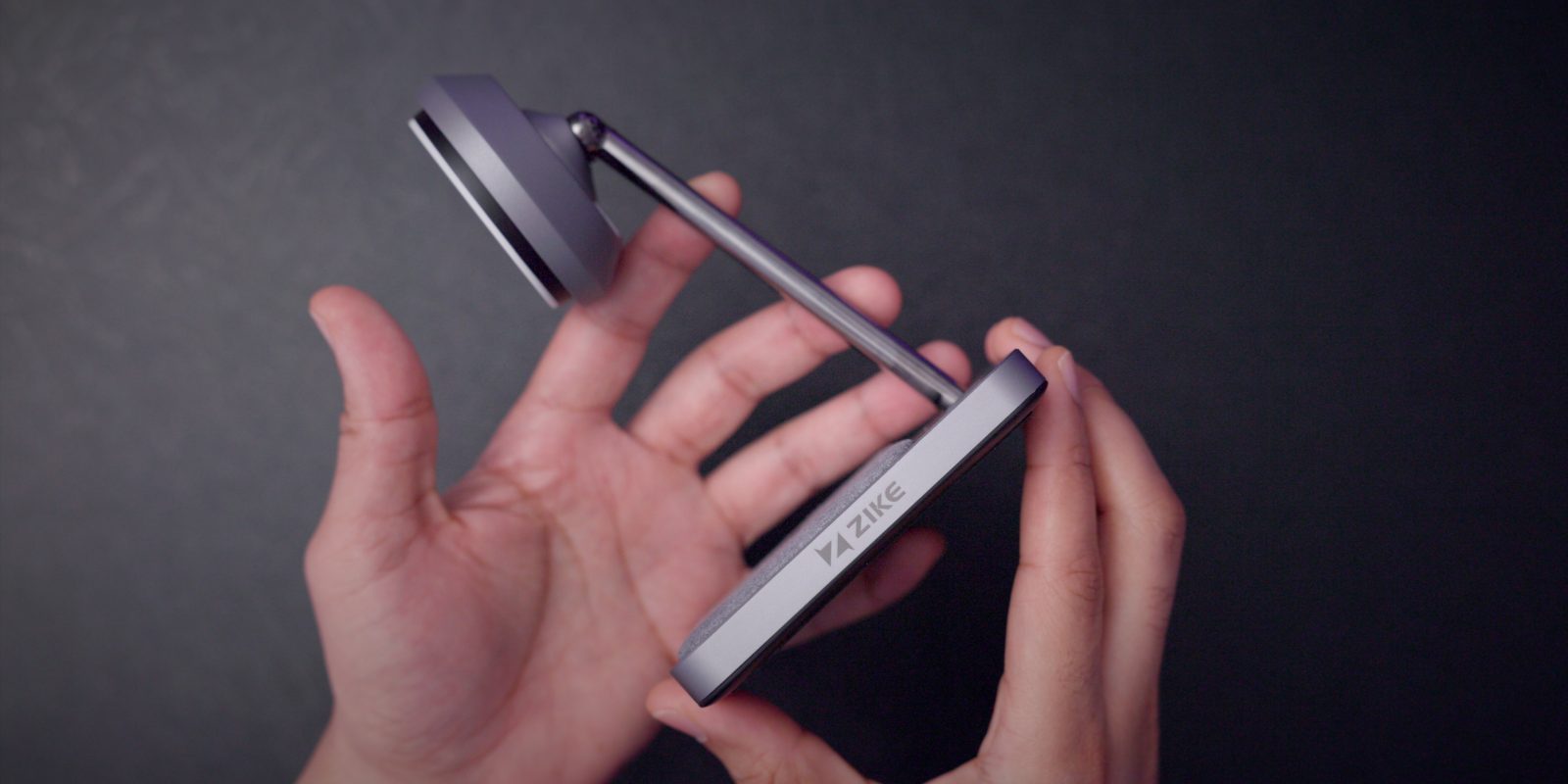 The Zike 2-in-1 MagSafe Charger Stand for iPhone is an Apple-certified charger that can charge your iPhone 12 and iPhone 13 up to 50% faster thanks to on-board active cooling.

Traditional MagSafe chargers can only maintain short bursts of 15W charging before your iPhone heats up and throttles back power to reduce the temperature. Zike’s charger features a button to enable active thermal cooling to reduce your iPhone’s temperature, allowing it to receive 15W of wireless power for longer periods of time.

In addition to active cooling system, the Zike 2-in-1 MagSafe Charger Stand for iPhone features an articulating magnetic MagSafe mounting point with adjustable 40º viewing angle. Not only can you adjust the tilt for better viewing angles, but you can also easily rotate an attached iPhone between portrait and landscape mode.

Zike’s charger also features a Qi-enabled wireless charging pad, which delivers up to 10W of power to Qi-enabled devices. Not only does this soft-touch wireless area allow you to charge an additional smartphone, it’s also a great spot to recharge a pair of AirPods.

But the real claim to fame for this charger is the active cooling. The fan works to cool your iPhone in such a way as to extend the duration of 15W charging. Conveniently, you’ll notice an LED indicator at the base of the stem to indicate when the full 15W of power are being delivered to your iPhone. The graph above from Zike illustrates how its charger compares to competing MagSafe chargers.

Early backers can get the Zike 2-in-1 MagSafe Charger Stand for iPhone for just $69. Visit Zike’s Kickbooster page to claim yours today.