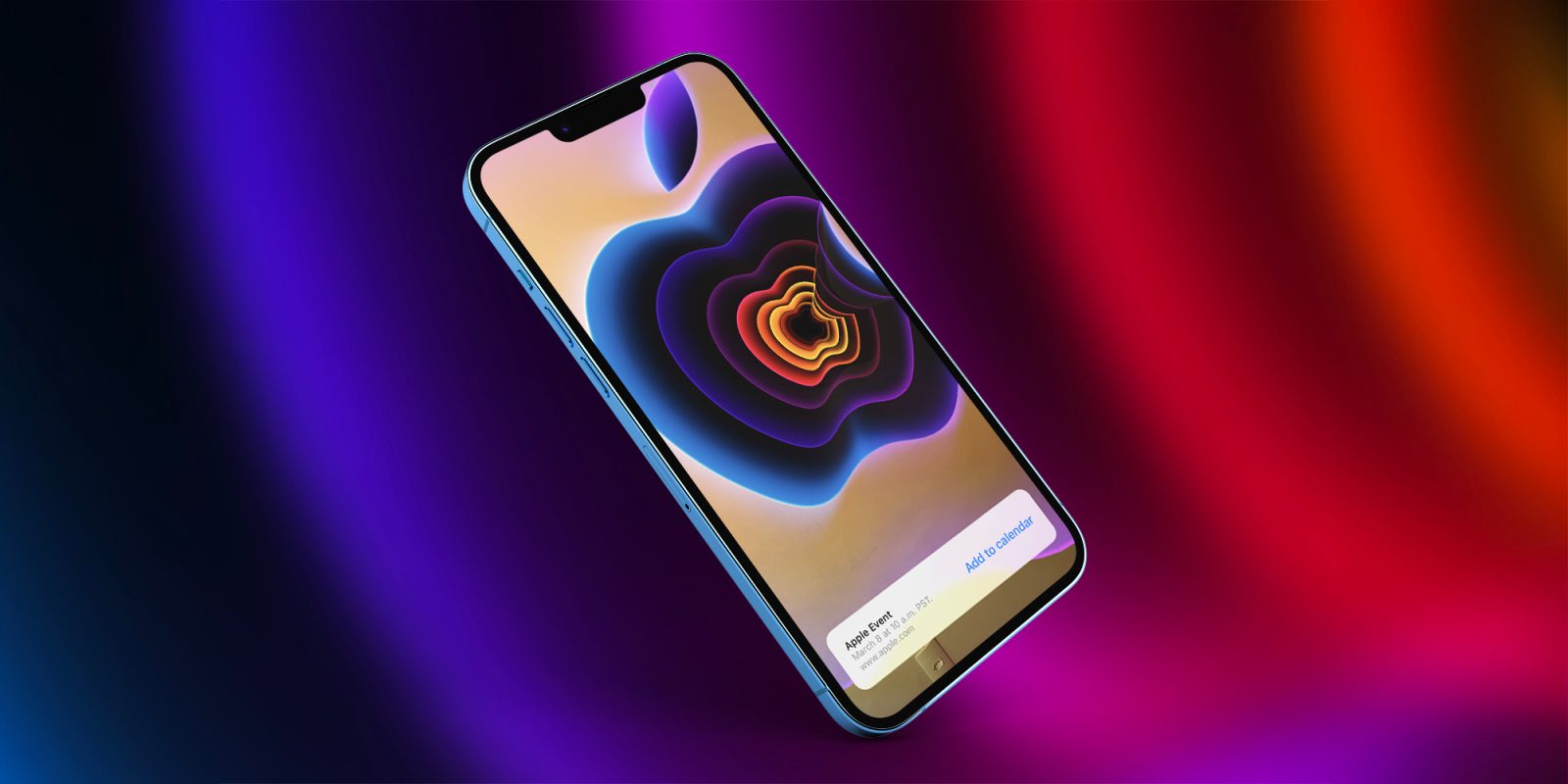 Apple has officially announced its March event. Along with sharing the date, the company has continued its tradition of hiding a fun easter egg for iPhone and iPad users on the invite.

This AR easter egg thing started a couple of years ago. First, with the Apple Watch Series 6 and iPad event, then iPhone 12 launch, the M1 Mac event, the 2021 Spring Loaded, September’s iPhone 13 event, and finally the Unleashed event for the M1 Pro and M1 Max MacBook Pro.

Now, Apple has included another fun easter egg for the March 8 “Peek Performance” event where we’re expecting a new iPhone SE 3 with 5G support, an iPad Air with Central Stage feature, and new Macs to be unveiled.

If you head to Apple’s Events page on your iPhone or iPad, tap on the event logo/Apple logo at the top to launch the AR experience.

This event’s Easter egg features a time warp-style design. Once you see the AR Apple logo appear (may take some time to load), you’ll see waves with different colors. You can also tap the button that appears at the bottom to get a reminder for the event.

You can also check how the AR easter egg looks here:

Is Apple teasing a new realityOS on the invite?

Vox‘s Parker Ortolani noted on his Twitter that Apple is using a different “.reality” file format for the event teaser. While one might think this could mean Apple is teasing the rumored realityOS for the Mixed Reality headset, which could be announced later this year, this isn’t what this is.

“.reality” file format is made with the Apple Reality Composer app, which means the company is only using a different app rather than teasing for this future product.

Apple’s Reality Composer app gives you an intuitive interface for constructing 3D compositions and augmented reality (AR) experiences. You combine 3D models, audio, and other assets—along with a description of how these objects behave—into a file that you add to your RealityKit-enabled app. You can also export your composition as a lightweight AR Quick Look experience that lets users place and preview content.

You start by choosing the kind of real-world object that should anchor your scene, like a horizontal surface or the user’s face. Then position virtual elements within your scene. Choose from Reality Composer’s large collection of customizable assets, or import your own in usdz format. Add animations and sound triggered by events like user taps, as well as behaviors driven by physics simulation.

As we are still waiting for Apple to announce this rumored headset, you can read everything we know so far about this product here.

Also, don’t forget to check everything Apple’s rumored to introduce with next week’s event here.