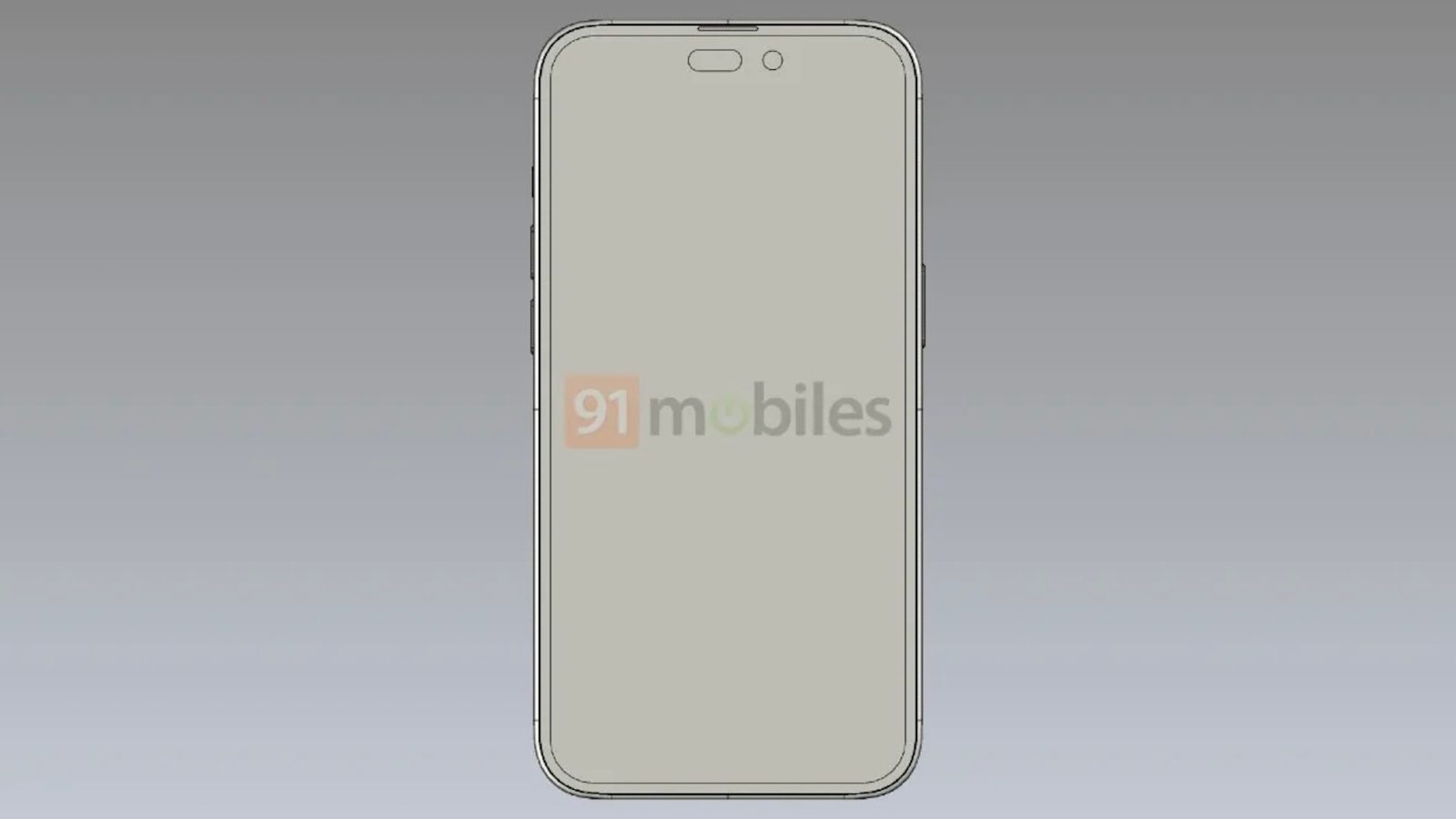 We’ve heard quite a bit about what to expect from the iPhone 14 and iPhone 14 Pro later this year, including an exclusive report from 9to5Mac earlier this week where we detailed screen size changes and processor upgrades. Now, 91Mobiles has published what it claims are the first renders of the iPhone 14 Pro based on leaked CAD design files…

These types of renders, CAD drawings, and ‘dummy’ models are commonly used by case makers to prepare their accessories for upcoming iPhone launches. They often leak from somewhere in Apple’s supply chain, and leaks become increasingly common the closer we get to the release of the new iPhone in the fall.

The renders from 91Mobiles are allegedly based on leaked CAD drawings from “industry sources,” and they show an iPhone 14 Pro design that looks largely the same as the iPhone 13 Pro. There is a large camera bump on the back and volume buttons with a volume switch next to the SIM card slot.

The biggest change here, of course, is the removal of the notch on the front of the iPhone 14 Pro design. In place of the notch, Apple is using a new pill + hole punch design that essentially removes the dead space that currently sits inside the notch. The speaker grille is also embedded into the top bezel, just like the iPhone 13 design.

One important thing to note, however, is that because these types of CAD files are used by case makers, the designs may be inaccurate for design details that don’t impact the fit of cases. For instance, rumors have indicated that Apple will remove the SIM card slot this year. Whether or not the iPhone 14 Pro has a SIM card slot doesn’t impact case makers, so we shouldn’t read too much into the fact that these renders show a SIM card slot.

On the flip side, the changes to the notch do impact accessory makers (particularly screen protector companies), so details like that are presumed to be accurate. We expect additional iPhone 14 and iPhone 14 Pro leaks to emerge as we inch closer to the September announcement and release of the latest devices.

What do you think of the rumored changes coming to the iPhone 14 Pro this year? Do you plan on upgrading? Let us know down in the comments.