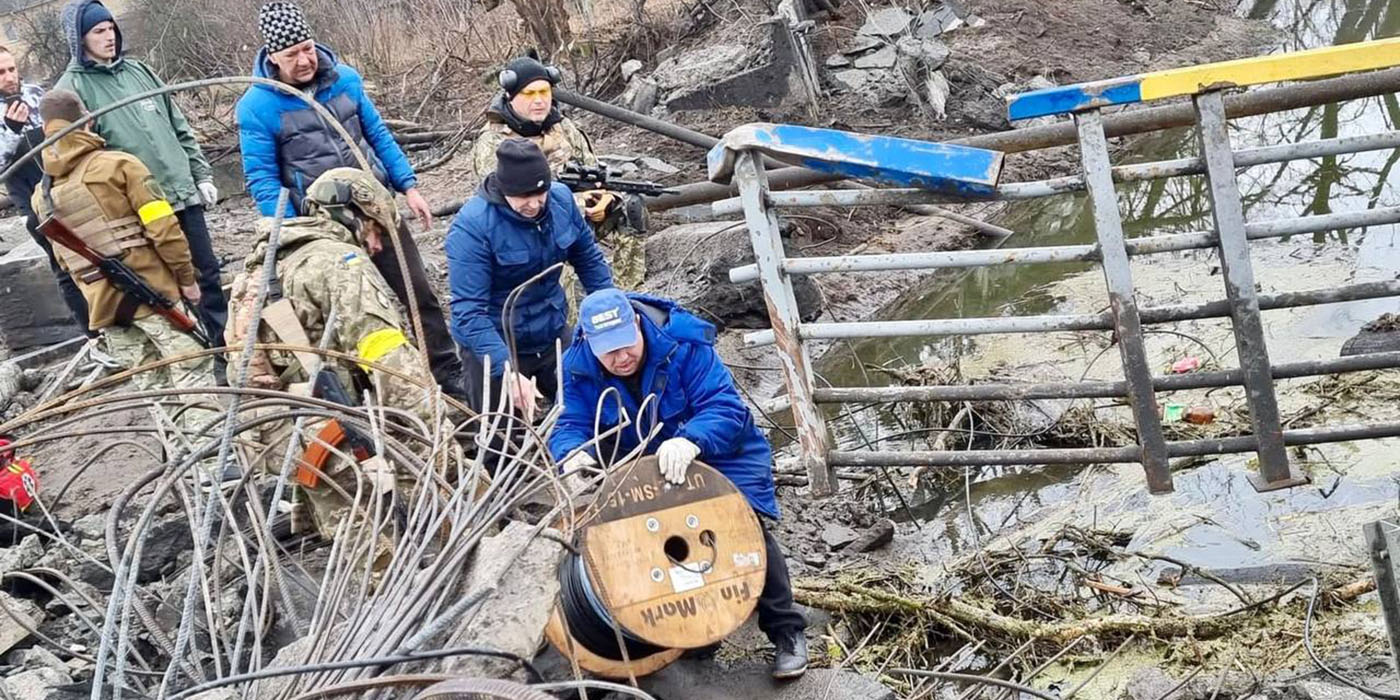 Smartphones have been playing a crucial role for the country’s citizens, and Russia initially appeared to have little interest in targeting base stations and data centers. This appears to be changing, however, as carrier and ISPs now report both physical destruction and hacking attempts.

Once-rival telecom companies are coming together to help keep lines open. Last week, Kyivstar, Vodafone Ukraine and Lifecell launched “national roaming,” meaning subscribers could quickly switch to the network of other operators if their main provider went down.

They are also working together to locate rogue operators, who are providing network access to Russian invaders.

On Tuesday, the country’s security services said a “hacker” had been arrested for providing “the occupiers with mobile communications in Ukraine.” The authorities announced on Telegram the hacker had facilitated up to 1,000 calls in one day, many from Russian leadership in Moscow.

According to one telecom company source, this latest case was a twist on what’s known as “refiling” fraud, where the hacker can provide calls into Ukraine and hide the originating number, charging a fee to the caller and bypassing any blocks or additional charges from the telecom provider. This was a common fraudster technique adapted for wartime, the telecom employee said.

The piece describes how engineers are risking their lives to go into damaged and targeted buildings in order to restore Internet connectivity.

Despite obliterated terrain and internet wires, fire-blackened data centers, curfews, lack of light, and the danger of death from above, the fixers go out and turn the internet back on so Ukrainians can stay in touch with one another and get word out beyond borders, to illuminate for the world the darkness that’s descended on their nation. Their government calls them the “invisible heroes” of the war, entering dangerous places to replace and upgrade equipment.