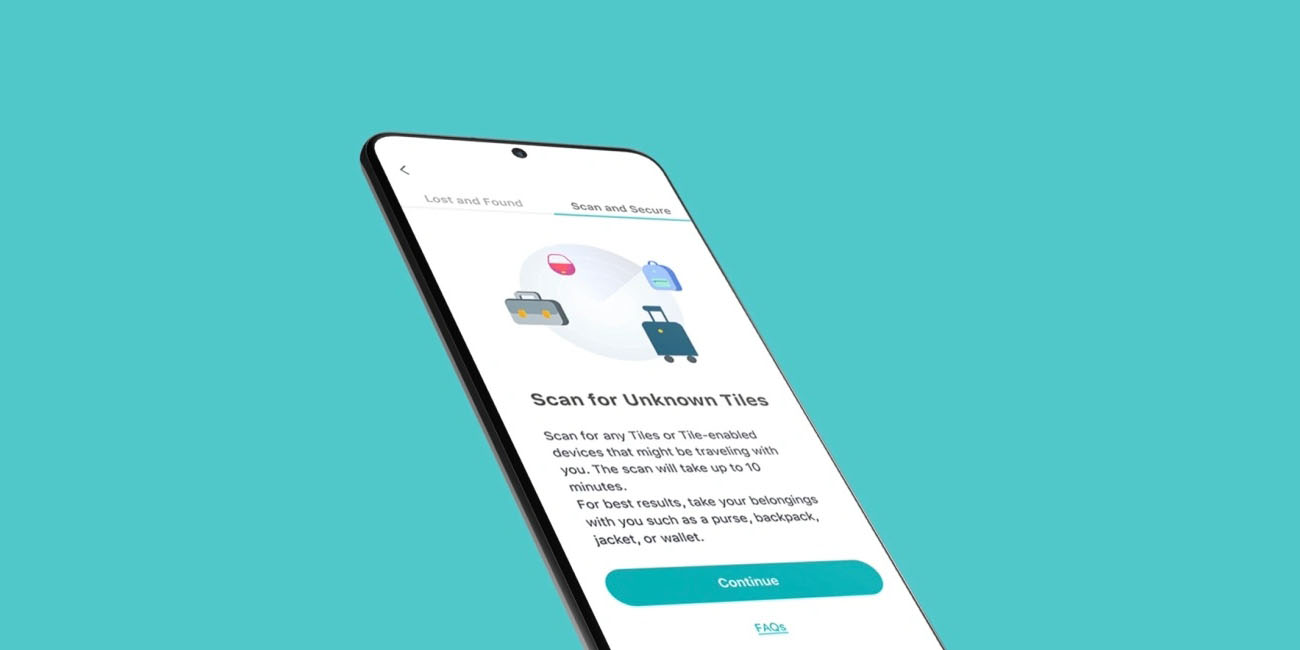 The AirTag stalking controversy, which forced Apple to beef up the protections offered against misuse of the tracking device, has led Tile to follow the Cupertino company’s example.

Tile has announced a Scan and Secure feature, which allows anyone to check for the presence of its own trackers – though in a clunkier fashion than Apple’s safeguards …

It wasn’t long after AirTags launched that we started to see stories about stalkers and thieves misusing the devices.

Apple built two anti-stalking features into AirTags. First, iPhone users will be automatically alerted if an unknown AirTag is moving with them. Second, AirTags will emit a sound if they are separated from their owner for a significant amount of time. The company later created an Android app that allows owners of competing phones to manually search for AirTags.

Apple responded to concerns by beefing up the protections, adding a new deterrent message and clearer alerts.

We noted at the time that Samsung SmartTags offer a less effective manual scanning option, and that Tile had announced plans for a similar system of its own. This has now been launched.

Apple’s high profile meant that it was the focus of most media stories, letting Tile fly under the radar. However, the company could clearly see the need to offer its own safeguards, and has now launched these.

If you ever feel concerned that someone could be tracking you, we now offer a feature that allows you to determine if that tracking could be through a Tile product. Scan and Secure, which starts rolling out this week to anyone with the Tile app (even if you do not have a Tile account), will enable you to scan for unknown Tiles or Tile-enabled devices that may be traveling with you.

TechCrunch highlights the limitations of this compared to AirTags.

The scan process doesn’t offer a precision finding tool that will allow people to locate a Tile device that’s close to them. Instead, Tile notes that users will have to walk or even drive a certain distance away from their original location to work. The full scan can take up to 10 minutes of uninterrupted time to complete and deliver the most accurate results, Tile says. It won’t work if you’re just walking around in your home or in a crowded place, like on public transportation, where it could detect other Tiles nearby.

It’s good to see Tile follow Apple’s example, albeit with a far clunkier solution due to the lack of a precision finding capability.

AirTags remain the safest tracking devices when it comes to protection against misuse, as we’ve noted before:

A stalker or thief would have to be dumber than a brick to choose an AirTag as their tracker of choice.