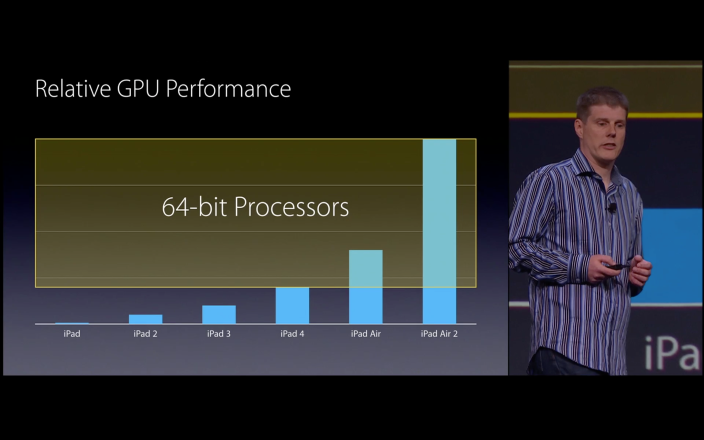 END_OF_DOCUMENT_TOKEN_TO_BE_REPLACED

In addition to releasing the second beta versions of iOS 8.4 with the all-new Music app, Apple today issued a new pre-release build of OS X Yosemite 10.10.4 for testers. The latest build comes in at 14E11f. The update is available for both developers and public beta testers. END_OF_DOCUMENT_TOKEN_TO_BE_REPLACED END_OF_DOCUMENT_TOKEN_TO_BE_REPLACED

iGuides offers instructions for the hack on its website, while another video of 3DEnabler running on iPhone 4 is below: END_OF_DOCUMENT_TOKEN_TO_BE_REPLACED

Will your iOS device get all of the new iOS 6 features? Here’s the official word

As iOS 6 officially unveiled yesterday, we noted a few of the features—such as Siri and FaceTime—would only be available on certain iOS devices. Ars Technica noticed the 3D flyover feature of Apple’s new Maps app would only be available to A5-powered iOS devices. In case you were wondering exactly which iOS 6 features will be compatible with your iOS device, Apple published a list (below) on its iOS 6 preview page that details all of the limitations for specific features:

-Flyover and turn-by-turn navigation will be available only on iPhone 4S and iPad 2 or later. Cellular data charges may apply.

-Siri will be available only on iPhone 4S and iPad (3rd generation) and requires Internet access. Siri may not be available in all languages or all areas, and features may vary by area. Cellular data charges may apply.

-Shared Photo Streams requires iOS 6 on iPhone 4 or later or iPad 2 or later, or a Mac computer with OS X Mountain Lion. An up-to-date browser is required for accessing shared photo streams on the web.

-FaceTime over a cellular network requires iPhone 4S or iPad (3rd generation) with cellular data capability. Carrier data charges may apply. FaceTime is not available in all countries.

-VIP list and VIP and Flagged smart mailboxes will be available on iPhone 4 or later and iPad 2 or later.

-Offline Reading List will be available on iPhone 4 or later and iPad 2 or later.

-Find My Friends and Find My iPhone enable you to locate iOS devices only when they are on and connected to a registered Wi-Fi network or have an active data plan. Not available in all areas.

RoaringApps tells you what apps are compatible with OS X Lion

Other parts of the site include a forum and IRC chat to talk apps. This makes a great way to assure that all of your Mac applications are going to work, before you upgrade.