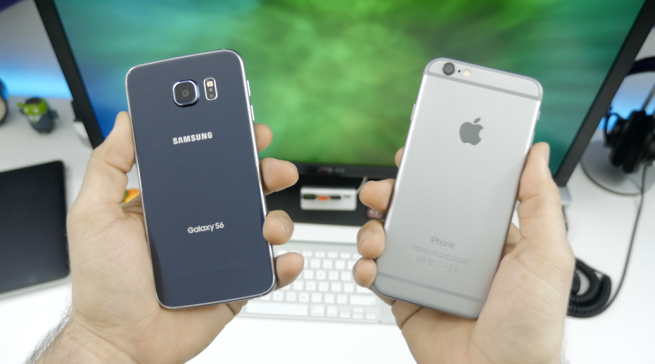 It’s always a difficult task when comparing iOS and Android devices, but this year it may be more important than ever. Samsung has finally stepped up its game with the Galaxy S6, and now we have something that is truly comparable to Apple’s iPhone lineup. Today we’re getting into the ultimate comparison between Samsung’s Galaxy S6 and Apple’s iPhone 6…

END_OF_DOCUMENT_TOKEN_TO_BE_REPLACED

Android might have the sheer weight of numbers, but when it comes to ecommerce, it’s iPhone and iPad owners retailers want to attract. Online shopping data compiled from Thanksgiving shopping yesterday showed that despite iOS devices in the US being outnumbered almost two-to-one by Android, it’s iOS devices that dominate online purchasing.

iOS accounted for a quarter of online purchases, compared to less than 7% for Android devices. Average order value was also higher, at $118.57 compared to Android’s $95.25 …  END_OF_DOCUMENT_TOKEN_TO_BE_REPLACED END_OF_DOCUMENT_TOKEN_TO_BE_REPLACED

Google’s Sundar Pichai: Android not designed to be safe, would target Android too if he were making malware

Responding to a question about malware on the Android platform, FrAndroid reports that Google’s Android head Sundar Pichai gave a surprisingly frank answer to an audience at Mobile World Congress.

We cannot guarantee that Android is designed to be safe, the format was designed to give more freedom. When people talk about 90% of malware for Android, they must of course take into account the fact that it is the most popular operating system in the world. If I had a company dedicated to malware, I would also be addressing my attacks on Android.

While there is certainly truth in the idea of attackers targeting the operating system with the largest market share, iOS market share of 17.6 percent is not a small target, especially given all the evidence that iPhone users represent a wealthier target for criminal malware.

Update: Google provided a direct transcript in which Pinchai isn’t self critical. Apple has lost share in most countries compared with this time last year, but importantly it has held strong shares in key markets including 43.9% in USA, 29.9% in Great Britain and 19.0% in China …  END_OF_DOCUMENT_TOKEN_TO_BE_REPLACED

Get your smash burger on this summer with Cuisinart’s flat top grill at $166.50 (Over… Business Insider created the above chart to show exactly how the revenue gap between iOS and Android apps shows up for developers.

While there’s no doubt the gap between the two platforms is narrowing, it’s also clear that in the metrics that count, iOS is still where you want to be. Ad revenue – read free apps – is where Android is making money for developers …  END_OF_DOCUMENT_TOKEN_TO_BE_REPLACED

The study attempts to calculate an objective rating for the usability of a mobile OS by a typical, non-technical user by measuring four elements: