Just a day after Jack Dorsey was named permanent CEO of Twitter, the social network is launching a big new feature in its app called Moments. What started as Project Lightning showcases for a lot of users the best part of Twitter: keeping caught up with in-the-moment news that you care about. The new Moments feature can be found behind the lightning bolt icon through Twitter’s mobile apps and on the web in the US. END_OF_DOCUMENT_TOKEN_TO_BE_REPLACED 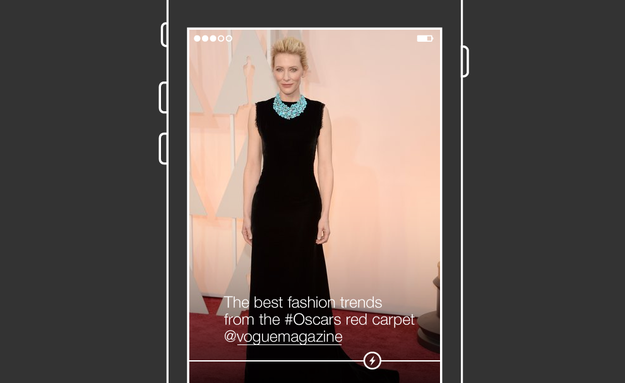 Just as Apple is preparing to enter the news curation space with its News app in iOS 9 and Facebook has launched native news content with Instant Articles, Twitter appears to be working on its own news product for its mobile app. Buzzfeed’s Mat Honan reports that Twitter is currently developing a news-focused feature for its app under the name Project Lightning (no, not Apple’s connector) that will make it possible to follow events in your timeline rather than only following Twitter users sharing about the event. A staff of human editors, not unlike Apple’s approach with News, will collect tweets with videos, photos, and relevant information to create these Lightning stories… END_OF_DOCUMENT_TOKEN_TO_BE_REPLACED