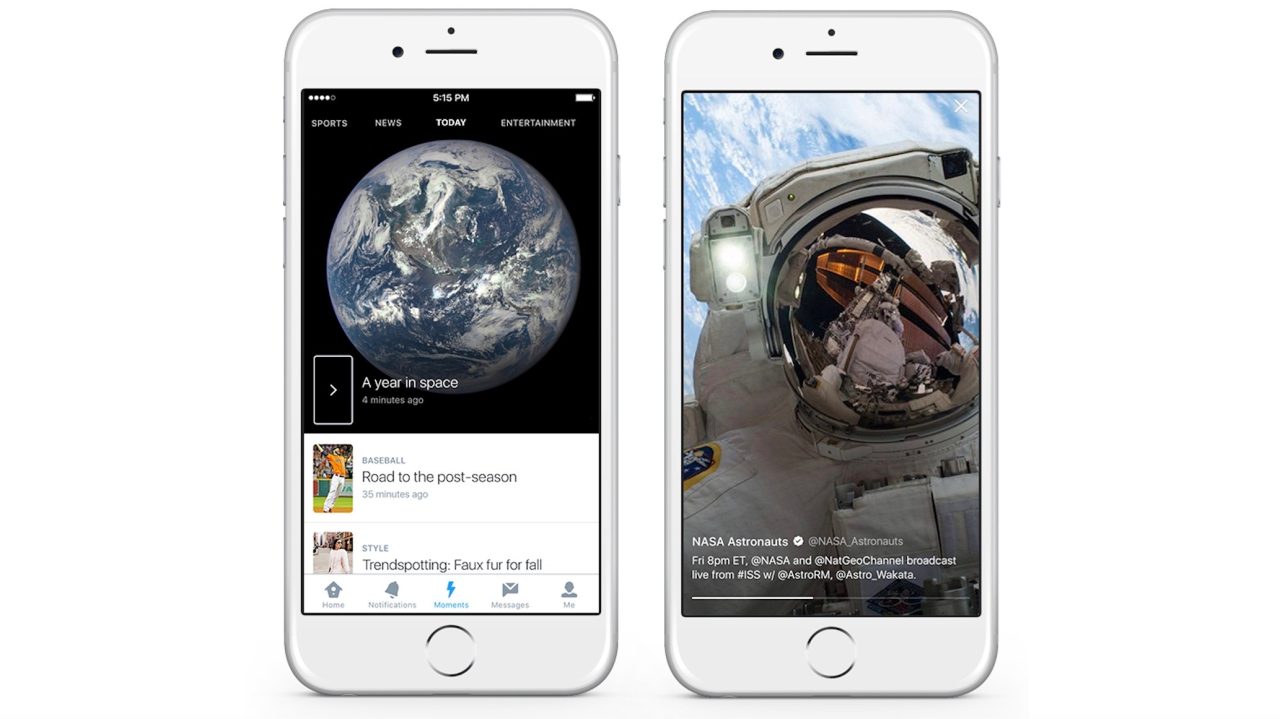 Just a day after Jack Dorsey was named permanent CEO of Twitter, the social network is launching a big new feature in its app called Moments. What started as Project Lightning showcases for a lot of users the best part of Twitter: keeping caught up with in-the-moment news that you care about. The new Moments feature can be found behind the lightning bolt icon through Twitter’s mobile apps and on the web in the US. Twitter says Moments will update throughout the day with most stories added by curators at the social network and others from contributor partners including Buzzfeed, Vogue, NASA, and groups and publications.

A moment begins with a headline and description and can include large photography, autoplaying videos, Vines, and GIFs. Moments behave like tweets, letting you RT or fave just as you normally would a story.

Moments can also develop as news breaks and new details come into play:

For stories that update very frequently — like live sporting events or awards shows where it’s critical to know what’s happening minute by minute — you’ll see an option to follow the Moment, which blends the Tweets directly into your timeline. So you can keep track of the latest updates in real time without having to tap back and forth between tabs.

Once you’re caught up on browsing new Moments, you can dig for others through categories including sports and entertainment. For general Twitter users, Moments should make it easier to stay up on news and developing stories without having to know which sources are best to follow.

Moments comes to Twitter just as Apple recently launched its own take on presenting curated and personalized news to customers through iOS 9’s News app for iPhone, iPad, and iPod touch. Unlike Moments, Apple News currently lacks a web or desktop component. Facebook has also been investing similarly in this space with a feature called Instant Articles that presents pre-loaded articles with rich media and custom layouts within the mobile app.

Moments should appear in Twitter for iPhone and iPad starting today for users in the US. The feature is only available in the official mobile app, however, so don’t expect to find it in Tweetbot, Twitterrific, or other third-party clients.