‘Oops, sorry about that:’ Bono responds to ‘Songs of Innocence’ iTunes deal 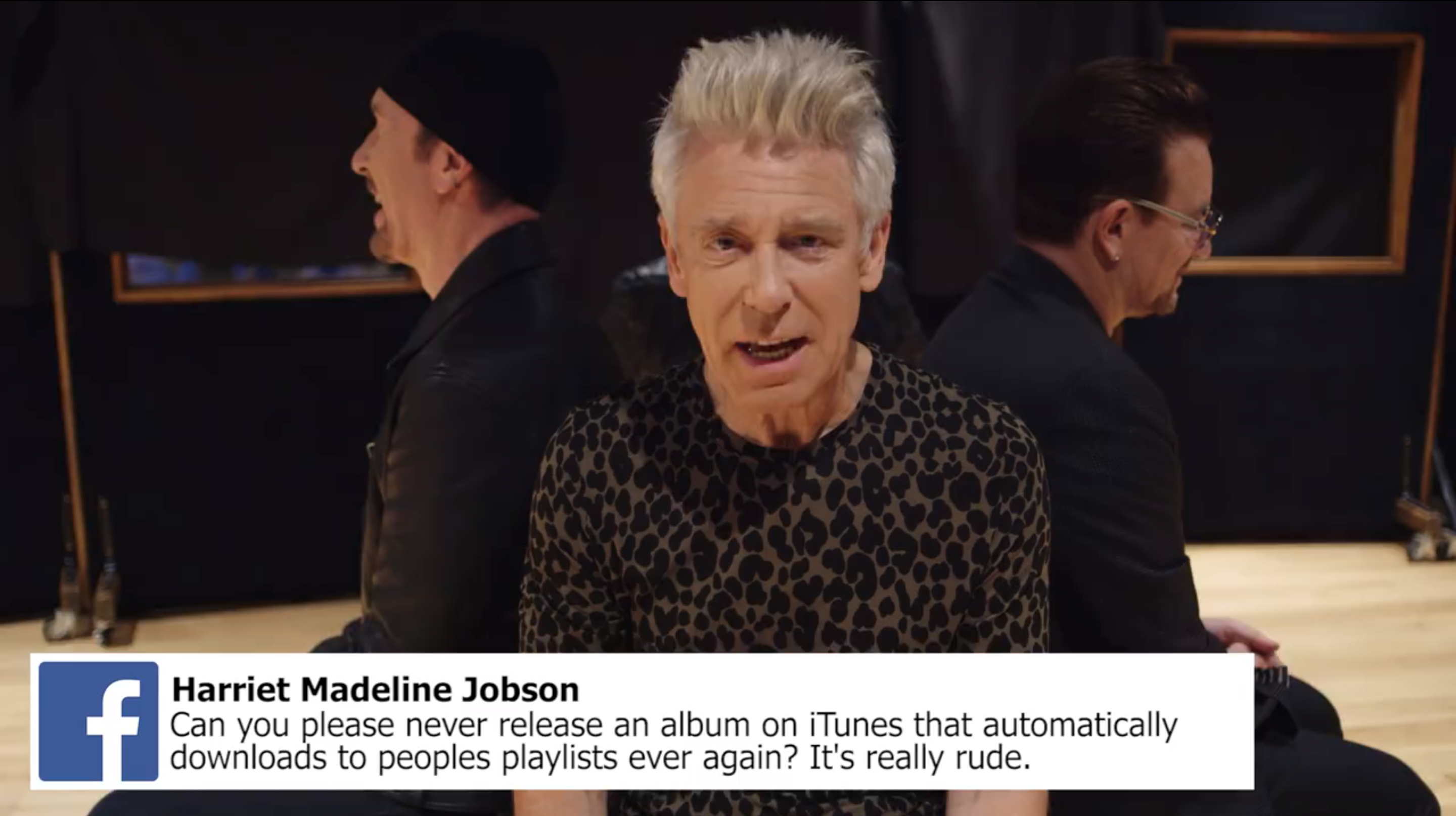 iTunes customers who didn’t watch Apple’s iPhone keynote last month were a bit surprised to discover that they suddenly owned a copy of U2’s new album “Songs of Innocence,” even though they’d never bought it. The band had partnered with Apple to add the album to every single iTunes account for free in what they called the largest album debut ever.

iTunes users were less than thrilled at the arrangement, noting that the album was being automatically downloaded to their devices in many cases and there was no way to remove it from their purchase history. Apple responded soon thereafter by releasing an online tool to remove the album, but thus far U2 has remained quiet on the issue… until today.

END_OF_DOCUMENT_TOKEN_TO_BE_REPLACED

Now that Apple has finally wrapped up its U2 album giveaway to iTunes customers, a promotion that warranted its own removal tool named after the “Songs of Innocence” album, Amazon is picking up the record and giving it away to Amazon Prime subscribers through Prime Music… but not without taking a shot at Apple first.

While Apple rather aggressively added the U2 album to every iTunes library automatically (prompting automatic downloads if the setting was enabled) and upsetting many customers, Amazon took to Twitter today to promote their copy of the “deluxe” version of the album while taking a shot at Apple in the process. “Add it to your library—we won’t do it for you,” Amazon said in a tweet followed by a teasing winky face.

Not bad, Amazon, not bad.

For its part, Apple boasted last week that 81 million customers experienced the free U2 album, which Apple is now selling for $9.99, through iTunes, iTunes Radio, and Beats Music. 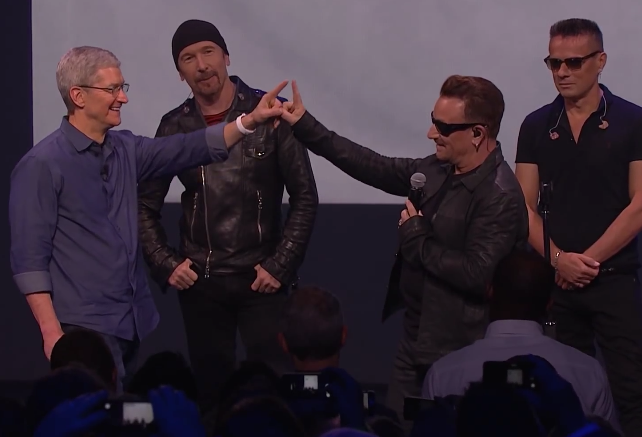 Apple’s controversial U2 album giveaway is about to wrap up as the record is only scheduled to be free through October 13th, and the company is sharing some numbers about the promotion to celebrate.

Apple SVP of Internet Software & Services Eddy Cue told Billboard that more than 81 million customers ‘experienced songs’ from U2’s Songs of Innocence album either through plays or streams over iTunes, iTunes Radio, or Beats Music where the album was exclusively available to users. The Apple exec added that 26 million full downloads of the album were measured by Apple. Cue also shared that U2’s music had previously been purchased by 14 million customers through iTunes since 2003.

END_OF_DOCUMENT_TOKEN_TO_BE_REPLACED While iTunes supports a way to “hide” previous purchases, the complaints and confusion apparently grew loud enough to warrant a dedicated support site for permanently removing the free U2 album from iTunes purchase history. Apple says once you remove the free album from your iTunes purchase history and library, you will need to “get it again” if you decide you want it. The U2 album is available for free until October 13th next month when the album will then be available for sale at various retailers. View below for information on how to remove the free U2 album… END_OF_DOCUMENT_TOKEN_TO_BE_REPLACED