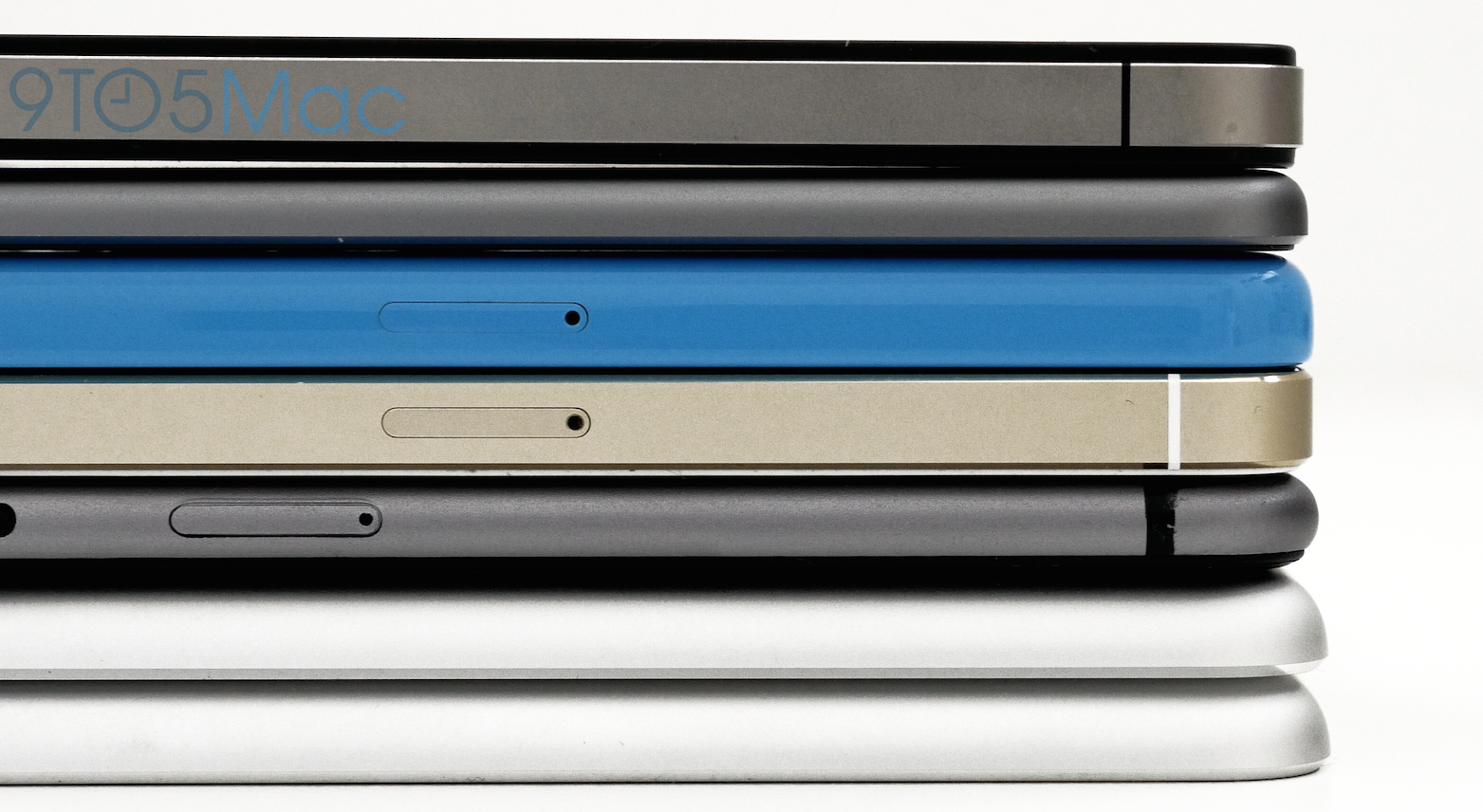 Lately, there has been a storm of rumored iPhone 6 images, renders, schematics, and videos. We’ve seen just about everything that the rumor mill has to offer at this point. All of the mockups that have been floating around may not match up with Apple’s official iPhone 6 design, but they are definitely convincing to an extent.

We recently put together a video comparing an iPhone 6 mockup to the iPhone 5s and fifth generation iPod touch, but what about Apple’s other iOS devices? In the video below, we compare this alleged iPhone 6 design to the iPad Air, iPad mini, iPhone 4/4s, iPhone 5s, iPhone 5c, and iPod touch. Hopefully this massive comparison will put an end to any other questions regarding the rumored iPhone 6 design, but based on the mockup units we’ve obtained the iPhone 6 is going to be a very large device and possibly feature a sharper 1704 x 960 resolution display.

The iPhone 6 is rumored to have a 4.7-inch display that will give it a much larger body, but hopefully Apple will keep it slim with an iPod touch form-factor. Apple may be stepping into phablet territory with this rumored design, but it’s not necessary due to the display size. Because of the iPhone-standard top and bottom bezels, this mockup stands similarly in height to other flagship Android smartphones like the HTC One M8 or Samsung Galaxy S5 as we’ve shown in a previous comparison video. Along with that, the mockup actually makes up more than half the length of Apple’s iPad mini with Retina Display.

The overall size of the mockup would lead me to believe that the iPhone 6 will somewhat kill one-handed use in certain situations. Having a larger device isn’t necessarily a bad thing, but keep in mind, this mockup is based on rumors and speculation. This may not reflect the official iPhone 6 design when it’s released later this year. When comparing the design between these iOS devices, this iPhone 6 mockup seems very believable. The bottom layout of the iPhone 5c matches up almost identically (except size) to the cutouts and ports found on the iPhone 6 mockup. Again, this doesn’t mean much right now as nothing has been confirmed about the iPhone 6.

Check out the massive comparison video below: