Just as Apple is expected to close on a deal with Beats Electronics as soon as next week, a new report from The Wrap shares that David Hyman, the founder of music service MOG which Beats purchased, is suing the headphones and streaming music company for at least $20 million plus interest.

The suit claims that, under an incentive plan adopted during Hyman’s tenure, he would be entitled to compensation including 2.5 percent of the company’s “currently outstanding equity interests,” with 1 percent due on the first anniversary of Hyman’s date of employment, and subsequent installments due in subsequent months. The suit also claims that he was promised a grant of 25 percent of the company’s outstanding equity interests following adoption of the incentive plan if the company achieved a fair market value of $500 million or more.

Hyman served as founder and CEO of the MOG music service for seven years until Beats Electronics purchased it for $14 million in May 2012. Hyman stayed on to head the music service that is now Beats Music where he served as CEO for just seven months.

At the time of his departure in late 2012, a Beats spokesperson told CNET that Hyman would continue to work “closely with the company as a strategic advisor”, but Hyman’s message hardly echoed his intent to continue working in any capacity with Beats. “MOG… my child, it’s been a long great journey. But like Sting said, ‘If you love something, set it free.’ You’re in good hands at Beats. I’m looking forward to my first real break since 1994. Nepal? Kauai? Taking a year off. Do not disturb,” Hyman shared at the time.

As per the lawsuit, Hyman claims he was removed as CEO for attempting to terminate another employee, but ultimately Hyman’s accusation is that he was fired as CEO in an effort to withhold adequate compensation from him as was agreed to per selling his company MOG to Beats Electronics. 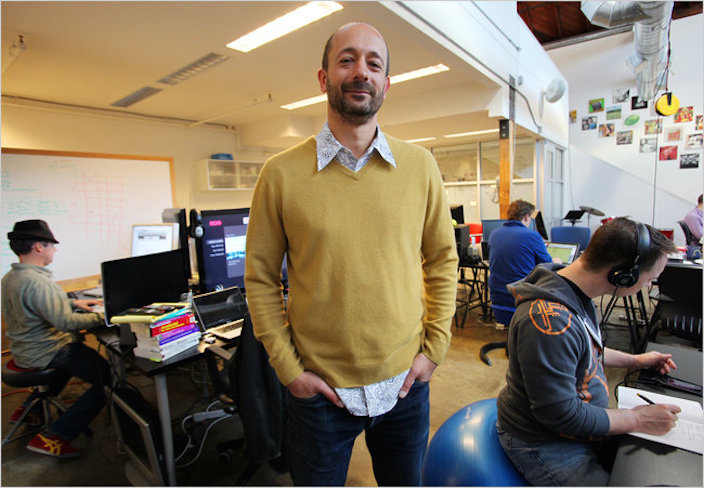 In January, Beats launched a new music streaming service called Beats Music which is reportedly part of the acquisition deal wrapping up with Apple, and Beats has since announced the planned shut down of the MOG music service as it transitions subscribers to Beats Music.

News of the $3.2 billion acquisition talks between Apple and Beats Music first surfaced last Thursday (8 days ago), and Hyman’s $20 million lawsuit against Beats Electronics over compensation was first reported today.

Is Hyman’s move a money grab in light of reports of Apple’s plans or did Beats intentionally hire then fire him in an effort to avoid fairly compensating him? We’ll keep an eye on this space as it plays out.

While neither Apple nor Beats have yet acknowledged the reports and the deal is most recently reported to be closed by next week, it’s possible that the MOG subscription music service which in part became the Beats Music subscription music service will fulfill in some capacity Apple’s interest in deploying an all-access music subscription service to compete with the likes of Spotify and similar competitors in the business of selling music to consumers (although I’m hoping that doesn’t change Beats Music too much).

As for the Apple/Beats deal, reports continue to surface with new information ranging from Dr. Dre and Jimmy Iovine making an appearance at WWDC next month to even taking senior roles within Apple as part of the acquisition.