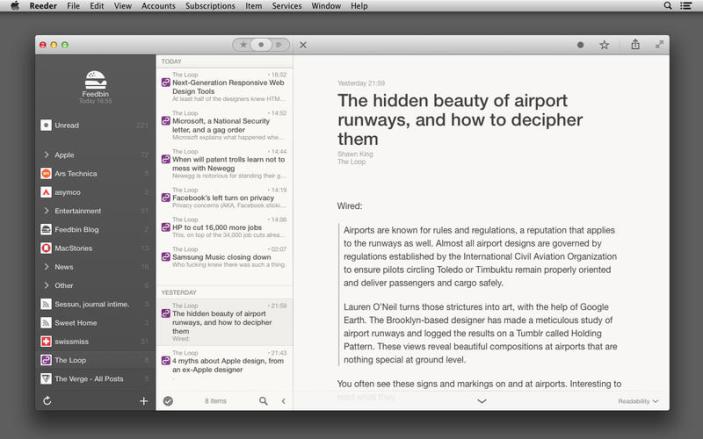 After a brief public beta period, the popular RSS client Reeder is out with the first update to its Mac software since Google Reader broke support Reeder last year.

The new version supports a number of RSS services that have proven popular since Google Reader ended (like Feedbin, Feedly, and Feed Wrangler), and it now serves as a standalone RSS client without syncing so you won’t have to depend on an RSS service to use the app in the future.

Reeder 2 is not only an updated version with support for current RSS services, but it’s also a completely new app. Using Reeder 2 on a Mac with a Magic Trackpad or even a Magic Mouse feels very fluid as it’s very gesture driven. It also features a number of themes for customizing the user interface.

I’ve been using the public beta since it was released a few weeks ago and I’m happy to have my favorite RSS client for Mac back again.

Reeder 2 is a new app available on the Mac App Store for $9.99. I highly recommend it if you use RSS.