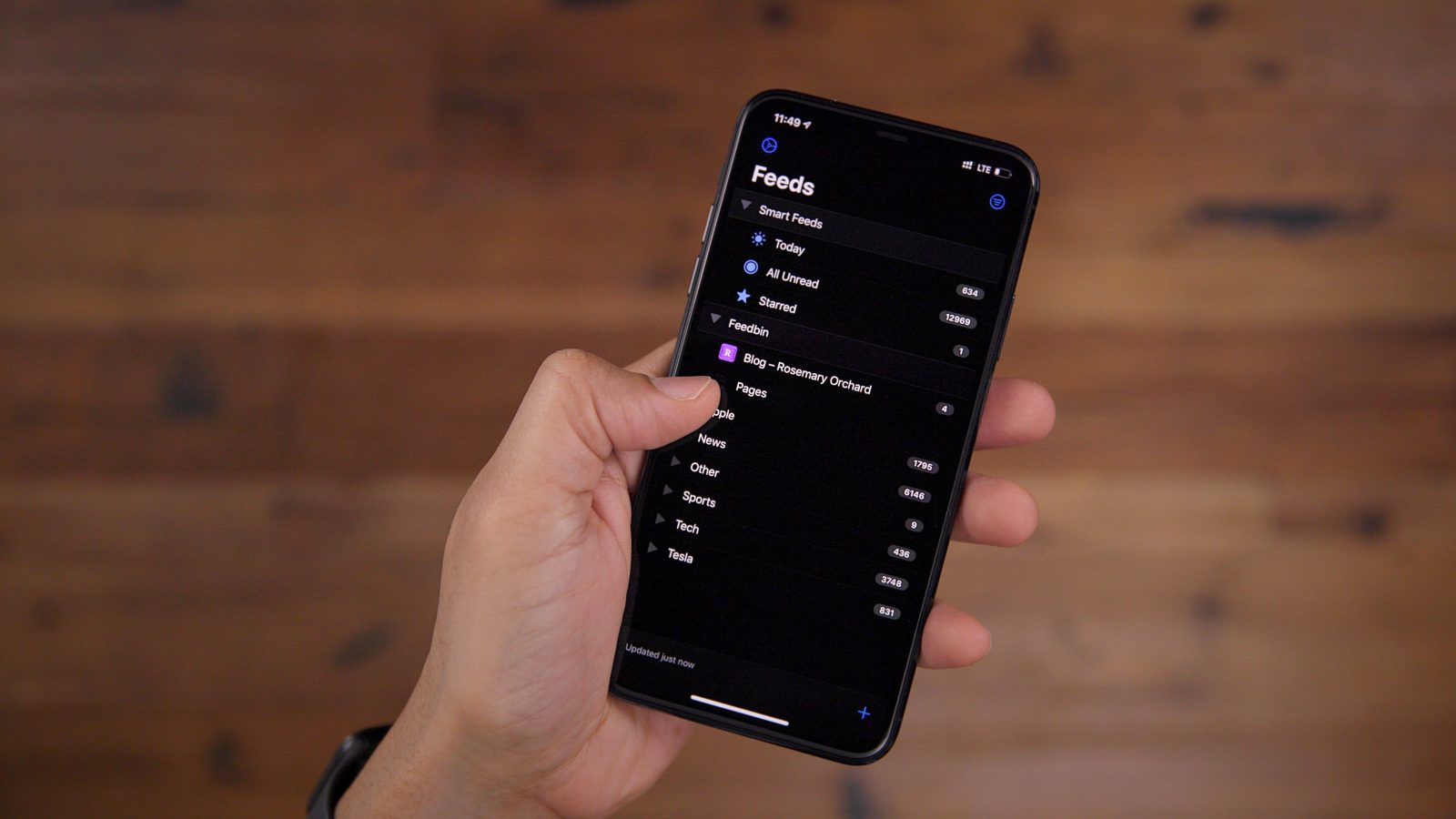 NetNewsWire 5.0 launched to everyone on the Mac back in August, and now you can get it on iPhone and iPad as well. After a period of public beta testing, the powerful RSS reader is now available for download on the App Store for free.

END_OF_DOCUMENT_TOKEN_TO_BE_REPLACED

Popular RSS client Reeder has today released the third major iteration of its app on iOS. The availability of Reeder 3 for iOS follows the release of Reeder 3 for OS X back in September alongside the launch of El Capitan. Reeder 3 introduces a handful of new features and capabilities, including support for new services, interface tweaks, and more.

First off, the update adds support for using Instapaper as a sync service. Instapaper joins services like Feedbin, Feedly, and Feed Wrangler as services supported by Reeder. The update also introduces a Safari View Controller, meaning that you no longer have to exit the Reeder app itself to view links. Instead, they will open directly within the app, making for a much more seamless experience.

Reeder 3 also adds support for Split View multitasking for iOS 9 users, as well as support for iPad Pro. 3D Touch support is also now supported for iPhone 6s and iPhone 6s Plus users. You can now press harder on articles in the article list to preview them without actually tapping on them.

Various other interface tweaks have been made, as well. There are now font size options, unread and starred counts for smart folders, a new archive folder, font options for the article viewer, and more.

Below is the full changelog and Reeder 3 is available for free in the App Store now.

We know the developer behind the popular RSS client Reeder has been working on a version 3.0 update for OS X 10.10 Yosemite as we last saw a teaser in April. Today users get the first chance to try out the redesigned RSS service reader as the first public beta for Reeder 3 has gone live. The updated version sports a user interface designed for Yosemite and beyond, more themes for making reading comfortable, and even a few OS X El Capitan features. Reeder says the new version will be available as a free update to current Reeder 2 customers when it’s completed. END_OF_DOCUMENT_TOKEN_TO_BE_REPLACED