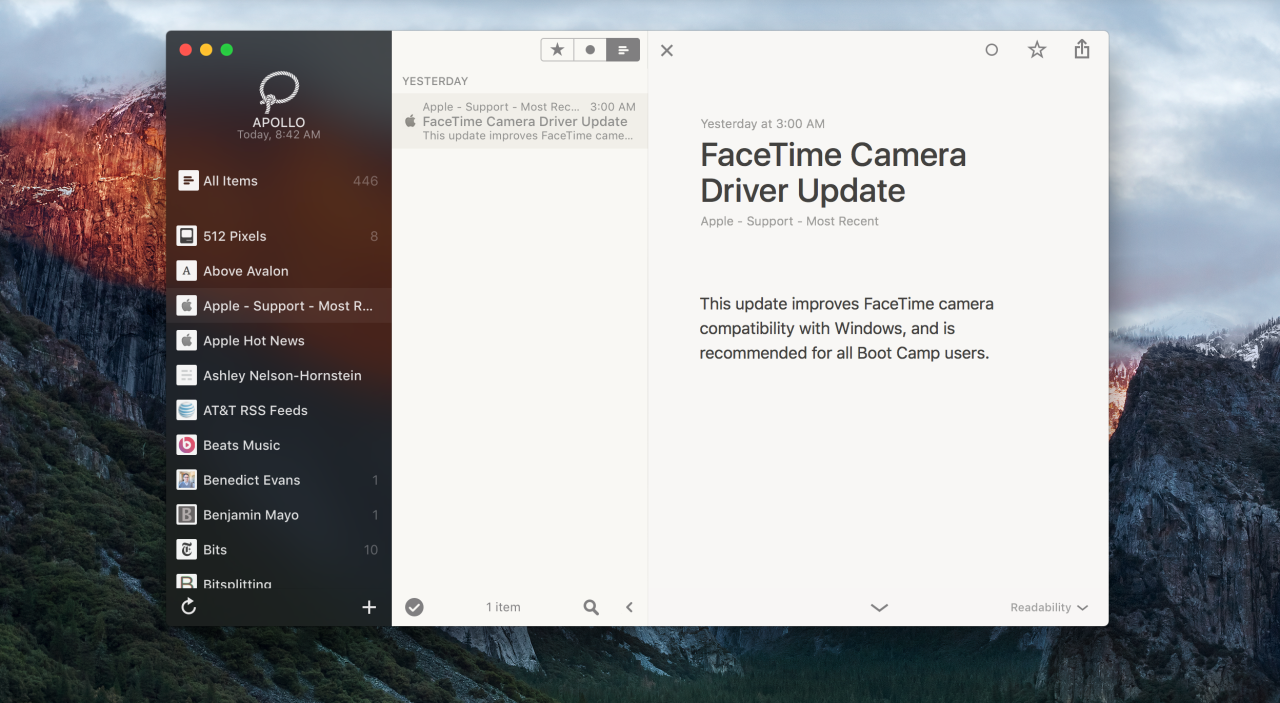 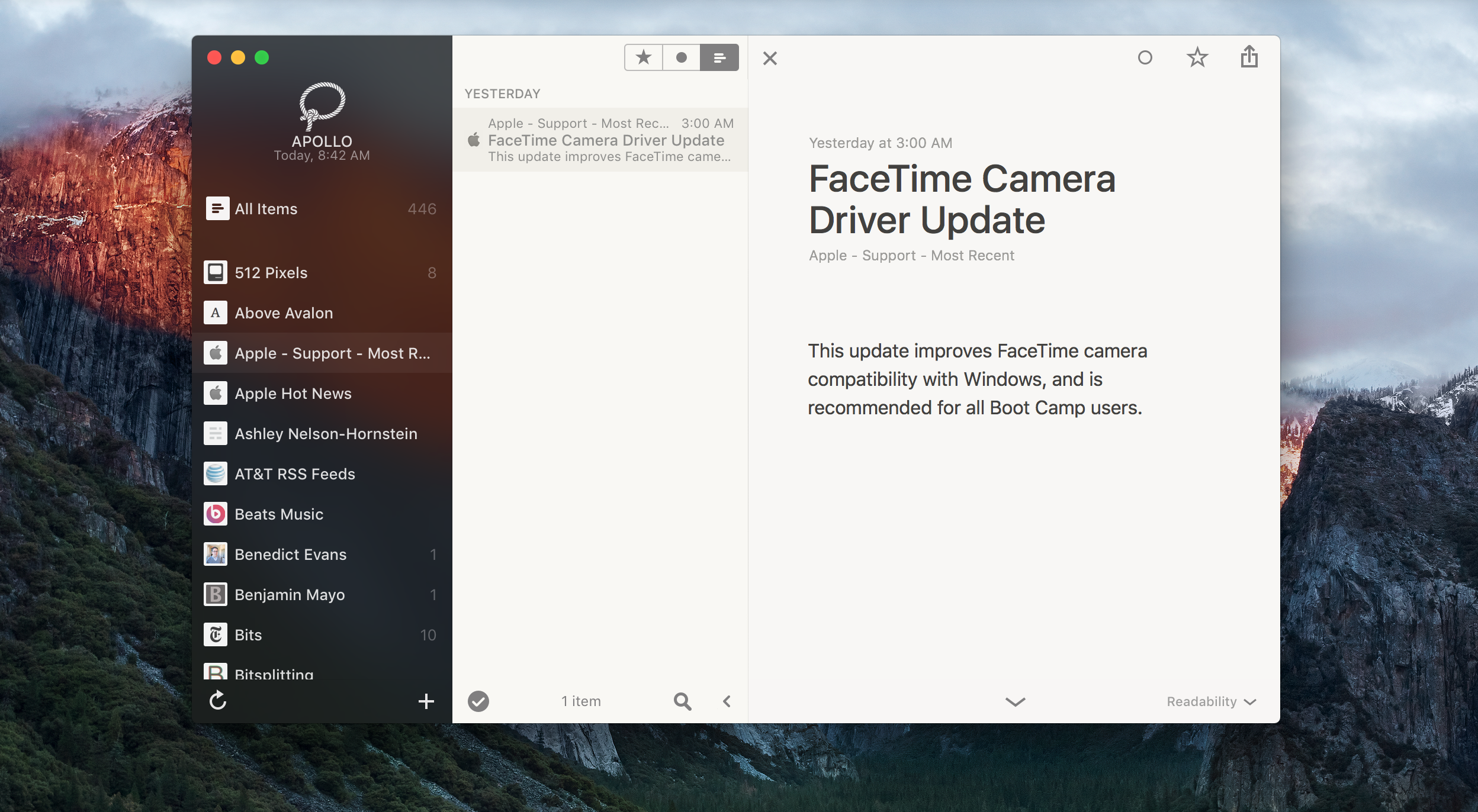 If you’re unfamiliar, Reeder is a Mac app for following web publications by plugging in RSS subscriptions from services like Feedly and Feed Wrangler, or you can use the app standalone without syncing capabilities.

Reeder 3 for Mac is available as a free update for Reeder 2 customers and $9.99 for users through the Mac App Store.