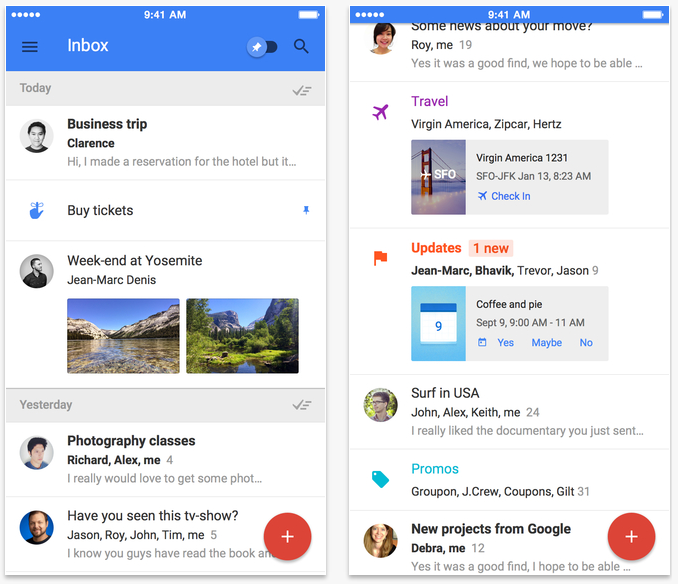 Today, Google unveiled a new email solution called Inbox, which looks like a marriage between Gmail and Google Now. Currently available by invitation only, this new app takes bits from your email like purchase invoices and bank statements and groups them together for fast access. Like Google Now, Inbox adapts to the way you operate, highlighting key pieces of emails like flight plans, photos, documents and upcoming event information.

In addition to monitoring message-related content, Inbox will display relevant information from the web such as flight status and package deliveries that weren’t included in your original email. Billed as a working email system, Inbox lets you set reminders that help you prioritize upcoming tasks by displaying email and reminder cards on the fly.

So does the release of Inbox mean that Gmail is operating on borrowed time? Probably not. However, the addition of this new software appears to be more akin to the company’s recent approach with Hangouts and its new Messenger applications. Inbox is currently available to download for Android and iOS users, however you’ll need to receive an invitation for your respective platform in order to take Google’s new email app for a spin.

Update: If you’re among the lucky few that happen to get access to Inbox before the masses, the only browser it works with is Chrome. Google says that support for Safari and other modern browsers is in the works.