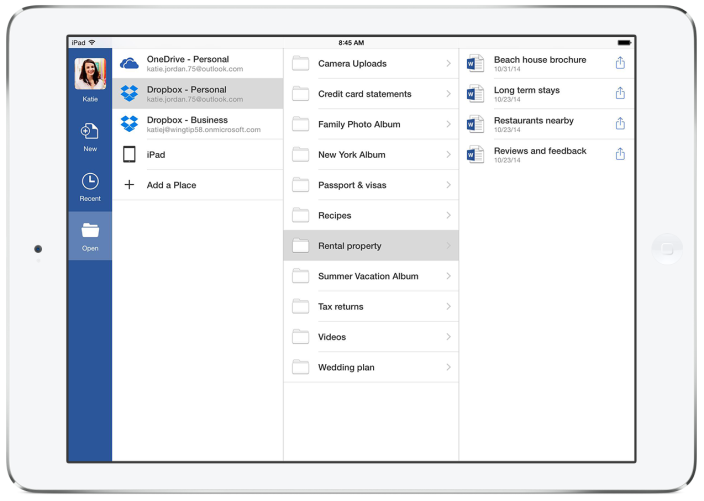 Microsoft and Dropbox announced a new partnership between the two companies today and a commitment to bring integration between Dropbox and Office apps on iOS and Android. Currently Office users rely on local storage for saving files or Microsoft’s own OneDrive service for saving and syncing files, but the newly announced partnership will allow Office users to use the popular Dropbox service as an additional storage and syncing option and introduce new features between the productivity apps and syncing service.

Dropbox integration with the Office apps means users can save files to Dropbox storage without leaving the Office apps, send links to files from Office using Dropbox, open documents from Dropbox in Office directly from the list of files and folders, and more.

In the company’s announcement, Microsoft said that over 35 million Office files are already stored in Dropbox so the integration between the two will likely be popular and welcomed.

Microsoft says the integration with Dropbox will be available through its Office apps for iOS and Android “in the next few weeks” followed by availability through the Web beginning in 2015.

The custom integration goes further than the third-party document picker feature Apple introduced with iOS 8, and Dropbox has committed to adding integration between the Dropbox site and Office set next year in addition to shipping a Windows Phone version of the Dropbox mobile app.

Expect to see updated versions of the mobile Office and Dropbox apps in the coming weeks.