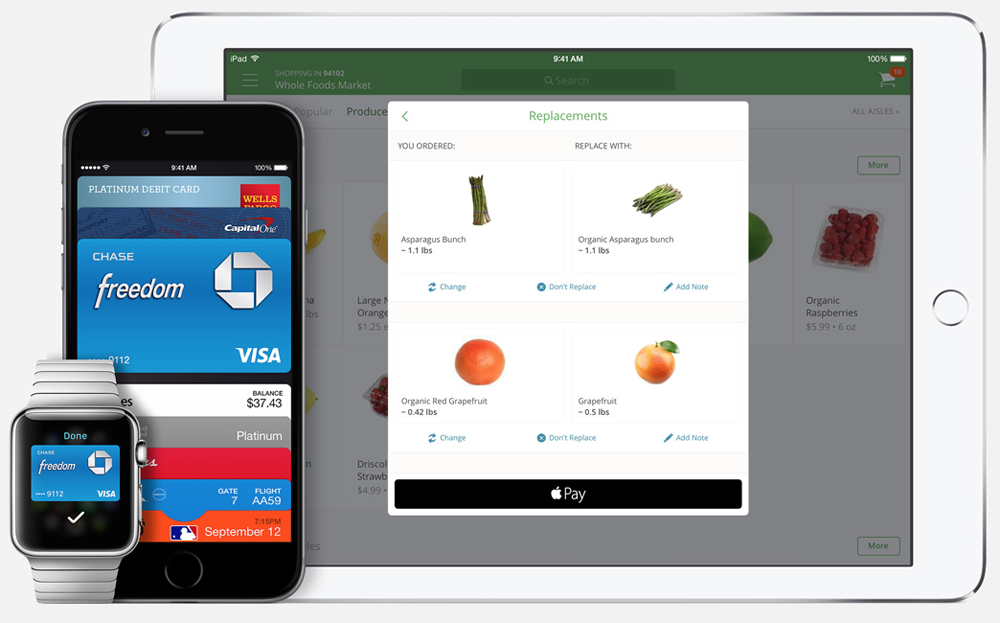 Shortly after retail chain Whole Foods announced that it had processed 150,000 Apple Pay transactions in the three weeks since the service was launched – estimated at around 1% of the company’s sales – a business author and senior Hitachi consultant has spoken about the twin attractions of Apple Pay for retailers.

“There’s a certain number of affluent customers who use the iPhone 6,” says Maholic. If one store offers Apple Pay and the other doesn’t, those well-heeled customers are more likely to walk in the Apple Pay door. “Now that I’ve got that customer, it’s harder for somebody to steal that customer.”

Second, and of keen interest to Chief Information Officers, the security of Apple’s payment system removes the fear that grips most retailers these days: the risk of customer data being hacked.

The credit card isn’t transmitted during the transaction, and the retailer will not have the credit card number in [its] systems,” says Maholic. That way, even if the retailer is hacked, the customer’s information isn’t put at risk. “As a CIO, I [would] feel better if I have more customers using Apple Pay, because I haven’t exposed their numbers to risk.”

The 1% number is an interesting one: it’s the market share percentage Steve Jobs set as the first year target for the iPhone – a number the company achieved. Apple hasn’t announced any Apple Pay targets, but hitting 1% of transactions at a major retailer in just three weeks makes one wonder just what that percentage will be a year from now.

MCX, the consortium behind the competing mobile payment service CurrentC, has been in defensive mode since Apple launched the service. When CurrentC retailers CVS and Rite Aid complied with a clause requiring them not to accept other forms of mobile payment, consumers hit back with a boycott of MCX members – and a panning of the CurrentC app on iTunes. At least one retailer, grocery chain Meijer, also defied the non-compete clause and continued to accept Apple Pay.

MCX at first offered a series of unconvincing ‘assurances’ about CurrentC, then issued a vague statement suggesting that it may be possible for retailers to accept both forms of payment at some unspecified point – and finally said that the exclusivity clause will expire in “months not years.”

Interestingly, while CurrentC may not be faring too well against Apple Pay, at least one competing service appears to have benefited from the media focus on mobile payment: the number of Google Wallet users has doubled since Apple announced its own payment service.