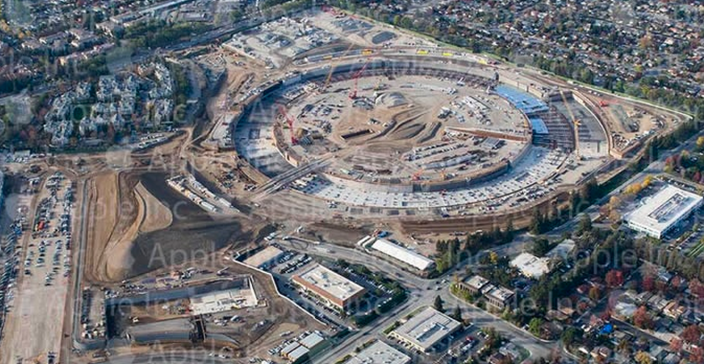 Apple today has shared an updated official aerial shot of construction progress on its Campus 2 facility set to be complete by the end of 2016. The new shot, posted to the City of Cupertino’s website, provides a different angle and wider view of the surrounding campus compared to the last aerial photo from earlier this month.

Things haven’t changed, however, for Apple’s general project schedule with street utilities and demolition work expected to finish this year, earthwork continuing into early 2015, and building construction into late 2016:

The City of Cupertino maintains a frequently updated page on its website that includes construction and traffic updates related to Apple’s Campus 2 project for locals.

While Apple has reportedly been opening a number of satellite offices, the new 176 acre Campus 2 is expected to host 12,000 employees in 2.8M square feet when it’s completed by the end of 2016. Apple’s latest offices outside Cupertino include relatively small offices in Sweden, Seattle, and Cambridge, England.

If you want a closer look: earlier this month we posted a drone flyover video of the Campus 2 site that gets you much closer to the structure and surrounding campus than Apple’s own photos.