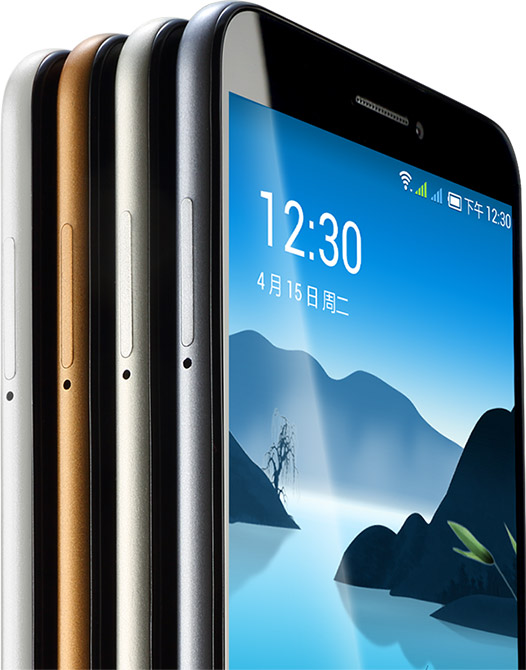 Chinese smartphone maker Digione is claiming Apple’s iPhone 6 and 6 Plus copy the design of its own smartphone line.

Macworld reports that the company published a letter online yesterday that was originally sent to Apple back in September in order to make them aware that the latest iPhones might infringe on a patent it was granted in July by China’s State Intellectual Property Office.

Digione’s device is sold under its 100+ brand in China as a low-end device (around $130 US), sports a 5.5-inch display, and runs Android. It also comes in a selection of colors that aren’t unlike the latest iPhone color options (pictured above), although those were first introduced with the iPhone 5s in 2013. The company reportedly filed for its patent application back in January before it was granted in the summer of this year.

Apple apparently hasn’t been very responsive to Digione’s claims, which is why the company has now decided to publish the letter in hopes to drum up attention. In the letter, Digione said it hoped “communication with goodwill would contribute to solving potential legal disputes.”

It’s certainly not the only Chinese company selling devices that look like iOS devices, however the design covered in Digione’s patent appears to be a much more generic design when removing the color options similar to iPhone:

To top it all off, the sales page for the Digione device appears to be quite obviously influenced by Apple’s own website design. We’re guessing this won’t be the last we hear of this.