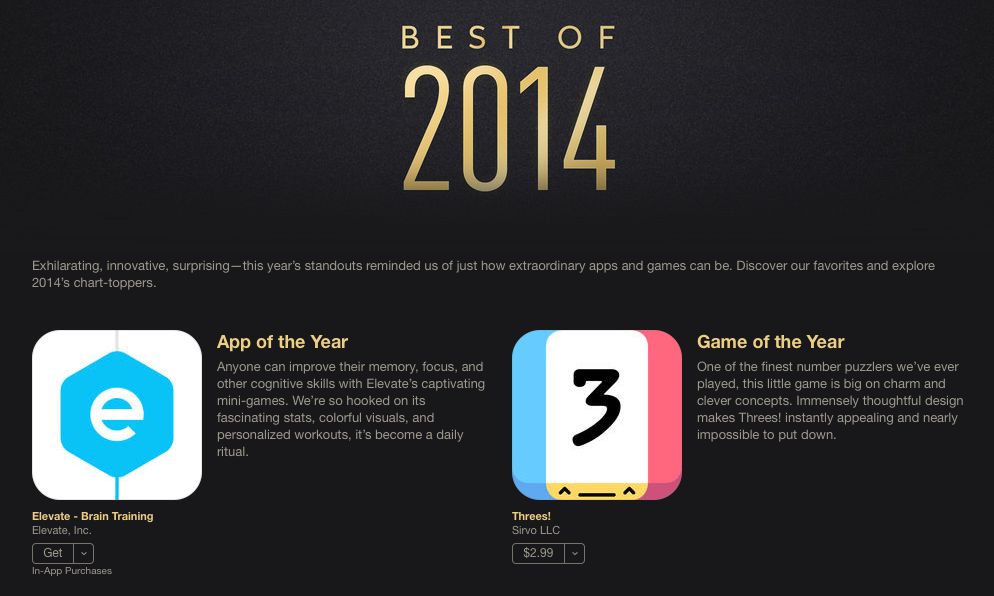 Apple has announced its favorite apps, music, movies, TV shows and books of the year, with Elevate – Brain Training declared iPhone App of the Year while number puzzle game Threes! won iPhone Game of the Year.

Guardians of the Galaxy won best blockbuster movie, with The LEGO Movie winning in the family movie category, while Fargo was declared best TV show.

Finally, in the books category, Anthony Doerr won best fiction with All the Light We Cannot See and Jeff Hobs took top place in non-fiction with The Short and Tragic Life of Robert Peace.

Last year’s winning apps were language-learning app Duolingo on the iPhone and Disney Animated on the iPad.

Interestingly, Apple appears to have made different selections outside the US, with Replay Video Editor winning app of the year in at least two European countries.