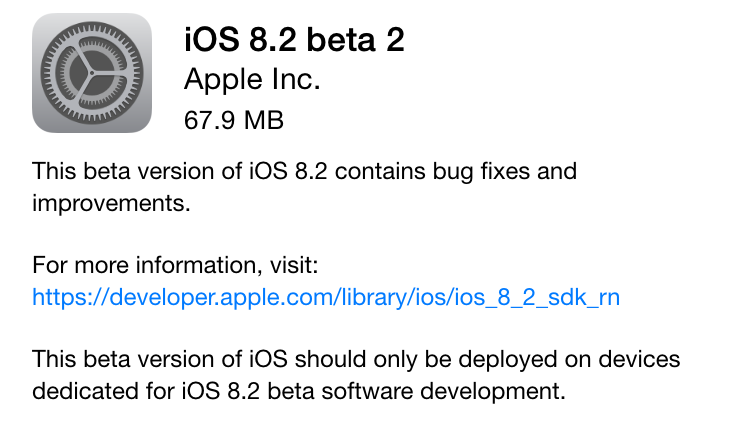 Apple has just released the second beta of iOS 8.2 to developers, for testing, as an over-the-air update.  The beta can also be downloaded from Apple’s developer site. iOS 8.2 includes WatchKit, so developers can create apps and Glances for Apple Watch. You can read about how such apps work with our previous coverage of the WatchKit APIs. Apple released the first beta of iOS 8.2 a few weeks ago.

As 8.2 revolves around developer toolkit support for Apple Watch, there is unlikely to be any significant user-facing changes to iOS itself, aside from the obligatory roll out of bug fixes and performance improvements. We’ll update if we notice anything however …