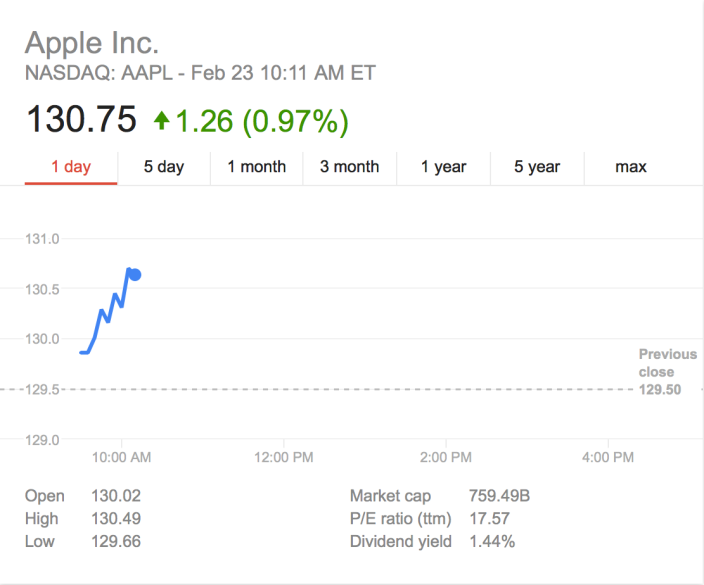 Despite being the largest company in the world ever by market cap, Apple’s stock price continues to climb upwards. Today, it hit a new all time high of $130.75, with a market cap of almost $760 billion dollars, at time of writing. This represents a 0.96% gain over the stock’s market open.

Many investors have questioned whether Apple’s immense size means that growth opportunities are now almost statistical impossibilities. However, Cook dismissed theses concerns at the Goldman Sachs conference saying ‘I don’t believe in the law of large numbers’: (paraphrased)

it’s old dogma cooked up by somebody, says Steve Jobs said putting limits on thinking never good, Apple not focused on numbers but rather what produces numbers, says Apple is a product company, important to make great products

Apple ended the year with a blockbuster financial earnings report, with 18 billion dollars in profit — the most ever recorded by a public company — largely driven by 74 million iPhone sales. Some analysts claimed Apple overtook Samsung phones in shipments, not just revenue and profit. The iPhone single-handely captured 93% of industry profits.